Ample Capacity For Development and Investments

The current economic situation in Kraljevo is exceptionally difficult and is actually the result of the failed privatisations of companies Magnohrom, Fabrika Vagona and Autotransport, which have been completely devastated

We have started to partially solve these inherited problems with the help of the Serbian Government, which has recognised the serious implications for Kraljevo and its citizens,” says Kraljevo Mayor Tomislav Ilić.

“The unemployment rate in Kraljevo stands at close to 33 per cent and such high unemployment is a consequence of badly executed privatisations and a huge number of workers who lost their jobs in privatised companies.”

On the other hand, notes Ilić, the City of Kraljevo has no debts, so we can say with pride that our budget is completely stable.

Kraljevo is known as a retail centre with a developed service sector. Which economic branches have a chance to develop further, and how much have the local and national authorities been investing in improving the municipality’s potential?

– The City of Kraljevo has excellent foundations for the development of various kinds of tourism – religious, spa, mountain, rural, sporting etc. 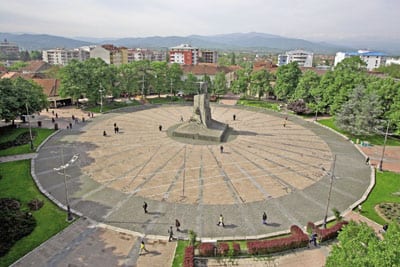 The local government has been investing in amplifying resources and identifying the town’s potential.

Kraljevo has allocated relevant funds to the Agriculture Development Fund, while we have also allocated funds for the development of rural tourism in this year’s city budget. We will also definitely help the SME sector.

I have to say that the state authorities have recognised Kraljevo’s potential and have been helping us, primarily with the construction of infrastructure in the locations that will house industrial zones.

How many new investments have been realised in Kraljevo in the past year and in which economic segments?

– Last year saw the most funds invested in Kraljevo’s agriculture, road infrastructure and, with the help of the Serbian Government, in building infrastructure in the future industrial zones which will definitely provide the basis for the town’s development.

Last year saw the most funds invested in kraljevo’s agriculture, road infrastructure and, with the help of the serbian government, in building infrastructure in the future industrial zones which will definitely provide the basis for the town’s development

It was announced recently that Morava Airport near Lađevci will finally open and a cargo facility will be built there, while there are also plans to build a new children’s resort on Mount Goč. When will these projects be implemented and what importance do they hold for Kraljevo?

– The Serbian Government has founded Public Enterprise Airports of Serbia, which includes Morava Airport. This airport is a major development opportunity for Kraljevo’s economy and once we link the town to Corridor 11 our territory will become appealing to investors. And, yes, there is a plan to build a cargo facility. 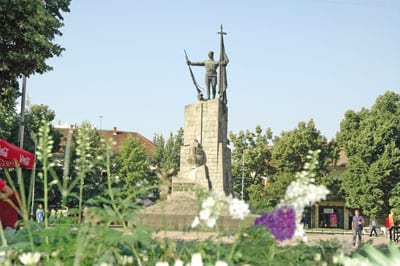 There is also a plan to build a new pavilion on Mount Goč, close to the town. Construction will start in late April or early May. Once the pavilion is finished, the resort’s children’s accommodation will be vastly improved, because Goč is envisaged as providing accommodation for preschool and school children.

There is a so-called nature school in the mountain, which means a lot to Kraljevo. We also plan to implement a sports village project. Kraljevo is currently negotiating with our twinned town of Maribor in Slovenia, which will provide funds for the construction of ski slopes and ski lifts that will also serve to greatly increase the town’s tourist potential.

When do you expect the situation to be resolved with regard to Magnohrom and the Mataruška Spa, and what do you think will happen to these two companies?

– We expect the situation with Magnohrom to be resolved pretty quickly, i.e. we believe a serious buyer will show up soon and that the company will re-hire a certain number of workers.

What has the local government been doing in an effort to attract new investors?

– We are currently lobbying with the Serbian Government to construct the aforementioned cargo facility near Lađevci Airport and to purchase land near the airport from private owners. We are starting to install utility infrastructure in the Sportski Aerodrom business zone near Magnohrom, namely access roads, water supply and sewer connections. 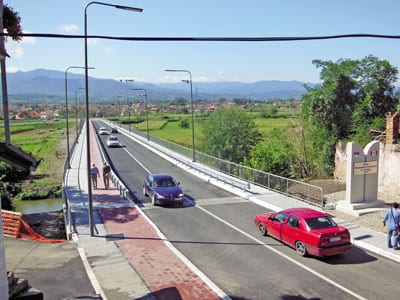 We have set up an office that will assist with the resolving of various property-related legal issues, provide help with putting together various documents and issue required permits with the support of other local services.

Furthermore, the City authorities have been striving to attract investors by providing subsidies for utility fees, charges associated with the use of public areas, utility connection charges etc.

We are also certified as a municipality with a favourable business environment and last year we achieved great success in drafting project documents for a wastewater filter, valued at €17.1 million.

This wastewater collector will be one of the best in Serbia and we hope that thanks to the EU grants, we will be able to start building it in 2017. The town also plans to invest in, and provide incentives for, renewable energy sources.

The town will continue to work on preparing business and industrial zones in the future, improving the business environment to make it more conducive to foreign investments and constructing transport and other types of infrastructure

The industry is Kraljevo’s weak point, but industrial zones have always been a good driving force behind economic development. How many active industrial zones are there in Kraljevo and do you have any investors interested in doing business there? We should also mention work zones too, and if we are not mistaken you currently have two of them.

– Our industrial zones cover several locations – the first one is in the Šeovac Industrial Zone, the construction of which was funded by the local authorities. We also plan to build a zone close to Magnohrom and the Sportski Aerodrom (airport for small planes).

We are currently drafting the project documents that need to be written in accordance with the General Spatial Plan, which is also something for which we are receiving assistance from the Serbian Government.

This zone will also have a bypass, as well as a section of the Pojate-Preljina motorway. Industrial zones are definitely going to be the driving force behind economic development. Once the airport is opened and the Morava Corridor built, and considering how close Corridor 11 is, the territory of Kraljevo will become one of the most appealing investment destinations.

Apart from domestic companies, we also have French and British companies engaged in wholesale fruit buying and bulk freezing.

The town will continue to work on preparing the business and industrial zones in the future, improving the business environment to make it more conducive to foreign investments and constructing transport and other types of infrastructure.

In terms of the funds allocated for active employment policy measures, Čačak is without competition. Everything is done in a planned way, studiously and...
Read more