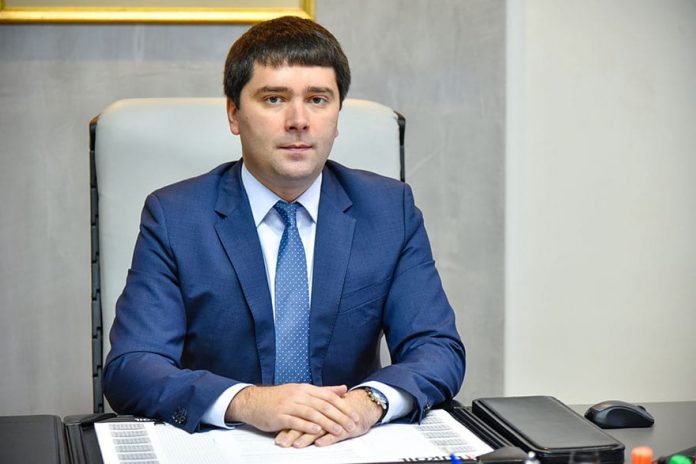 LUKOIL SERBIA AD is the second-largest company by investment volume in the Serbian energy complex and one of the biggest exporters of Euro-5 diesel.

Mr Semenychev, your company has been active in the Serbian market for 14 years now. As its General Manager, are you satisfied with the investment efficiency in Serbia?

We strive to be Serbia’s reliable partner. Our revenue in 2016 was 261.5 million dollars. The same year, we paid 102 million dollars in taxes in Serbia.

In July and August 2017, we renewed our energy licenses for retail, wholesale and storage of oil derivatives for the next 10 years.

Globally speaking, LUKOIL’s retail operations in 17 European countries and in the U.S. have had positive results – there was an increase in basic indicators relative to 2015.

Compared with 2015, retail and wholesale went up by three and seven per cent respectively. The sales growth of ECTO fuels outside Russia was 10 per cent. The operating profit of foreign companies dealing with oil derivatives increased by five per cent. As regards LUKOIL’s tasks for 2017, we want to achieve our key performance indicators, realise the investment programme, maintain our market shares, actively develop our offer of secondary goods and services, and continue promoting ECTO fuels.

The Group’s foreign retail asset optimisation plan is completed and does not envisage any vital structural changes to the company in this business sector.

To what extent do the amicable relations between Serbia and Russia impact on LUKOIL’s position in Serbia?

– Ties between Russia and Serbia have existed for centuries. They are brotherly, cultural, economic. As a commercial and economic partner, the Russian Federation ranks third on the Serbian market. There are several ongoing strategic projects, especially in energy and infrastructure.

It is important to us that relations between the two countries are stable and constantly developing and improving, because this allows for the smooth development of business and benefits our company, Serbia and its citizens. 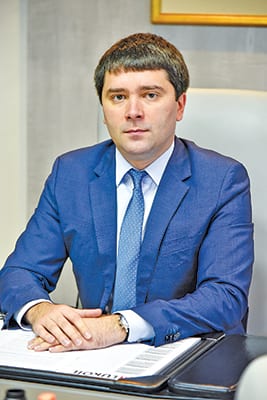 In the past 14 years the company has won public trust, which is invaluable. We constantly strive to justify this trust with the quality of our products and services in our retail network

You are the General Manager of LUKOIL SERBIA and the Head of the Balkan Regional LUKOIL Organisation. How much is business affected by regional relations?

– Wherever it does business, LUKOIL not only adheres to the local legislation and develops good relations with the local community and government bodies, but also conforms to corporate standards that apply to all businesses. Being the centre of the Balkan Regional Organisation, gathering together LUKOIL companies in Macedonia, Montenegro and Croatia, we aim to maintain a functional and harmonious system.

Bearing in mind that LUKOIL companies in all four countries deal in oil derivatives, an efficient retail network is the first precondition for successful business operations. We strive to maintain a high quality of service for our clients, expand our assortment of consumer goods and boost client loyalty.

In addition to retail, we also have wholesale oil derivatives and offer a wide range of LUKOIL motor oils. Conquering European corridors and all the main highways in these countries is one of our key directions of development. 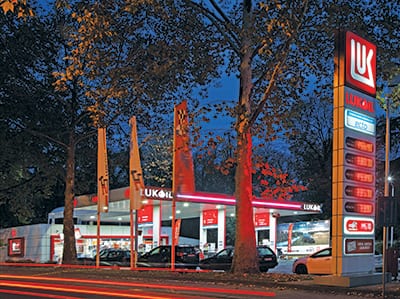 The company has evidently invested a lot in its business operations in Serbia. Considering the 21st-century energy requirements, how much importance does LUKOIL attach to the fuels of new generations?

– We follow modern trends and offer our customers new generation fuels, such as ECTO Diesel, ECTO Plus and ECTO Sport. ECTO is a product line of innovative fuels with improved exploitation and environmental properties, created with the use of cutting-edge technologies. ECTO fuels increase the power of car engines while reducing the consumption of fuel. They are also environmentally friendly because they contain a lower level of sulphur.

ECTO is a LUKOIL global premium brand. These fuels have found their consumers in many countries worldwide. We started selling them in Russia in 2006, while now they are sold in 15 European countries.

The properties of ECTO fuels have been reaffirmed by various international independent research centres, both in Russia and in Europe, such as Tickford Power Train Test Ltd. (UK), to name but one. Its technical properties have been confirmed in Serbia too, in the research centre of the Mechanical Engineering School of Belgrade University.

Corporate social responsibility is one of the priorities of LUKOIL’s business strategy. Which campaigns stand out?

– I am proud to say that we follow the strategy of our parent company. Social policy is very important to LUKOIL SERBIA. As a socially-orientated company, we have been supporting individuals, children’s homes, educational and medical institutions ever since we arrived on the Serbian market. Our key projects focus on helping local governments foster cultural and spiritual family heritage. Cooperation with local governments is crucial for the realisation of these projects.

For the second year in a row, under the Memorandum of Cooperation with the City of Belgrade, we are carrying out various projects supporting the community’s development in the fields of culture, sport, preservation of the Serbian tradition and language. Humanitarian projects in Novi Sad and Niš have recently been finalised.

With the support of the local governments of the two cities, and great public interest, including their own suggestions, we have made donations to various children’s institutions. Equally important is our support for the strengthening of cultural and traditional ties between Russia and Serbia.

In this regard, we are actively involved in the realisation of numerous events whose aim is to bring the Russian spirit and art closer to the Serbian public of all ages.