New Energy Technologies To Look Out For In 2020

The year 2019 will likely be remembered as a period of technology consolidation rather than breakthrough innovation in the energy industry. Emerging industries, such as offshore wind and lithium-ion battery storage, have gone from strength to strength

Meanwhile, more novel technologies, such as energy blockchains and flow batteries, have been relatively quiet this year. In some respects, this is not a bad thing. It signals that many low-carbon grid technologies are maturing and achieving the scale needed to compete with fossil-fuel generation. And there is still plenty of scope for innovation in maturing sectors.

In the battery market, for example, “the supply chain is constantly battling disruptions resulting from limited mineral supplies,” said Lindsay Gorrill, CEO of energy storage firm Kore Power. “My prediction for 2020 is that the battery development and manufacturing supply chain will improve to meet explosive market demand for residential, industrial and utility-scale operations,” he said.

At the same time, though, more radical breakthroughs might be needed to solve longer-term grid decarbonisation challenges, such as how to deal with intermittency and seasonal weather variations in regions with very high penetrations of renewables. As a result of this, it will still be important to keep an eye on emerging technologies as we enter a new decade. Here are five that have been highlighted by industry insiders.

Following the growing popularity of floating solar arrays on freshwater bodies, 2019 saw a spate of announcements regarding sea-based PV projects. Whether this concept will go mainstream remains open to doubt, however.

Beyond the debate over the extent to which nuclear qualifies as a clean energy source, the sector’s traditional approach faces ongoing problems in the U.S. and Europe, and alternatives such as fusion and small modular reactors remain frustratingly far from commercialisation

“Offshore floating solar has the potential to be the next frontier, but there are still challenges to overcome within the inland floating solar arena,” said Molly Cox, a research associate at Wood Mackenzie Power & Renewables. “This needs to be addressed before the market develops offshore,” she said.

While they may not have garnered much mainstream attention to date, static compensators are a technology to watch as grids attempt to integrate growing amounts of renewable energy, according to U.K. energy analysis firm Cornwall Insight.

Their job is to mimic the action of rotating masses formerly supplied by thermal turbines, thus helping to maintain a constant frequency across the electricity network. Renewable-heavy grids may lack this natural frequency-response mechanism, requiring compensators instead. Equipment manufacturers are starting to wake up to the potential of this market. GE, for example, trumpeted contract wins from Brazil to the U.S. earlier this year. 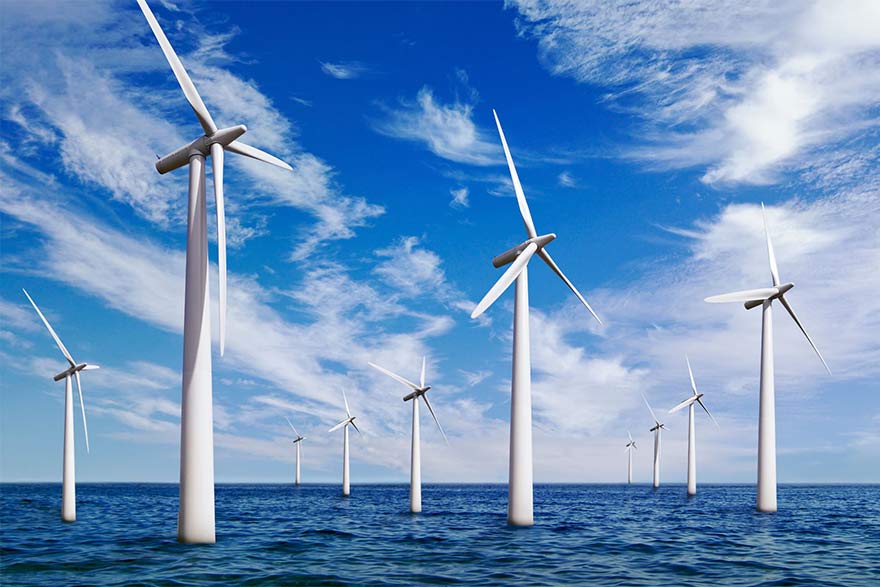 Equinor’s October decision to go ahead with the 88-megawatt Hywind Tampen project was big news for floating offshore wind, a nascent technology that experts believe could end up dwarfing today’s bottomfixed market. But floating wind poses a challenge: How do you connect a floating platform to a static cable on the seabed? The answer is to use “dynamic export cables” that carry high voltages and also move with the platform.

“Whilst some high-voltage cables above 66 kilovolts have been used in offshore oil and gas projects, dynamic export cables at 220 or 275 kilovolts don’t exist on the market,” said James Young, CTO at JDR, one of several firms now working to solve the issue.

Naming nuclear an energy technology to watch is fraught for several reasons. Beyond the debate over the extent to which nuclear qualifies as a clean energy source, the sector’s traditional approach faces ongoing problems in the U.S. and Europe, and alternatives like fusion and small modular reactors remain frustratingly far from commercialisation. Nevertheless, advocates say one emerging technology, the molten salt reactor, could provide carbon-free electricity with fewer radiation risks.

In the battery market, for example, “the supply chain is constantly battling disruptions resulting from limited mineral supply,” said Lindsay Gorrill, CEO at the energy storage firm Kore Power. “My prediction for 2020 is that the battery development and manufacturing supply chain will improve to meet explosive market demand for residential, industrial and utility-scale operations”

And the concept seems to be gaining fans: Moltex Energy, a UK developer, managed to pull in $7.7 million through a crowdfunding event in September.

Renewably produced hydrogen is fast moving from the category “emerging” to “established.” At least 10 countries are already jostling for leadership positions in what some see as the next big thing in energy.

“In theory this industry could reach the scale of oil and gas, but with very low emissions and significant value for electricity grids [by] helping to integrate variable renewable energy,” said Paul Ebert, group vice president of new energy and networks at consultancy Worley. In addition to its use as a source of energy for the grid, green hydrogen has ample potential to help decarbonise industrial processes, gas heating and heavy transport.

Solar panels provide the largest and cheapest source of renewable energy. But there is still room to reduce the high emissions created when building...
Read more