Serbia Is A Reliable Partner

“Besides the Alibunar wind farm, WindVision is open to developing other projects in Serbia”, says Neda Lazendić, Country Manager of the Serbian branch of the Dutch-Belgian company in this interview for CorD

We are inspired to go further” is the motto of this company that, with a focus on producing ‘green energy’, has already gone so far that it could be said that it has already left a legacy of an environmentally clean future.

Founded as a Dutch-Belgian company, WindVision works on two continents and in eight countries, among them Serbia. It is dedicated to clean, safe energy. In Serbia, it became known already in 2010 as the investor of the wind farm Alibunar.

Neda Lazendić manages WindVision’s Serbian branch. In this interview for CorD she says that the company’s management recognises our country as a reliable partner, primarily owing to the project in Alibunar.

Asked if she finds Serbia ready and opens for business in the renewable energy field beside formal regulations, she mentions that “basic national legislation is established through the existing Energy Law with accompanying bylaws and other relevant laws”. 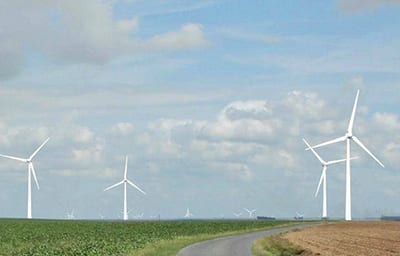 “But we should not ignore the importance of harmonising them with the legislation of the Energy Community in this field and increasing the production of energy precisely from renewable sources to 27% by 2020. Besides this, the model of the Contract for Purchase of Electrical Energy must be adapted to the conditions of the international financial institutions that will provide funds for implementing such projects. The first wind farms in our country have only just been built in recent years, with a total installed capacity of 25MW. But following European trends, Serbia has given the green light to build some large wind farms, and their potential is expected to be realised in the coming year.”

Beside the Alibunar wind farm project that you have been focused on, are you planning further projects in Serbia?

“Since WindVision regards Serbia as a business environment with a future, ready to adapt to large investments, we remain open to partnership also in future projects, though our current priority is building the Alibunar wind farm.”

We think that, as a future member of the European Union, Serbia can reach its electricity production targets, fulfil its international obligations and provide a better energy future

WindVision works in several countries on two continents. As the sustainable development of the planet, including of course ‘green energy’, is one of the most important global subjects, which of WindVision’s countries is most sensitive to the necessity of the ‘energy transition’?

“We think that ’green energy’ is the present reality rather than an alternative. According to research by the International Renewable Energy Agency IRENA, wind as a renewable source should be able to produce a quarter of the European Union’s electricity supply, which would increase the security of the European energy system considerably. About 11% is currently generated from this source. When you know that during last year a full 44% of all new electricity plants in European countries utilise wind power to generate electricity, it’s clear that this energy source is becoming dominant.

“In this context, I would name Belgium and France as characteristic ‘WindVision countries’, where we have projects on the drawing board and being built.”

AUNDE SRB D.o.o. (Ltd.) is a manufacturing plant in the Pomoravlje District of Serbia, a partner of the AUNDE Group that’s 100% owned by...
Read more

- The EIB will invest €30 million to accelerate the recovery of Serbian companies operating in sectors most affected by...
Read more
Cord MagazineLeaders Meeting Point