Money from all taxpayers is invested in the Energy Efficiency Fund, through payments of bills for electricity, gas and fuel. The aim is to provide money that will help citizens reduce their energy consumption. Savings of more than 80 per cent are achieved just by replacing classic lights bulbs with LED bulbs, says Assistant Energy Minister Miloš Banjac.

It was three years ago that the Ministry of Energy published the Rulebook on Minimum Criteria for Energy Efficiency in Public Procurement Processes. What does it encompass and what does it prescribe; to whom does it all apply?

– The Rulebook in question relates to public procurements that are carried out by public enterprises, state administration and local governments. Providing the basis for the Rulebook is the Law on Energy Efficiency, and the point is for the public sector to set a good example in society when it comes to creating conditions for improving energy efficiency and reducing energy consumption.

You’ve stated repeatedly that the public sector should serve as an example of efficient energy use. Do the law and rulebook provide the legal basis for harmonisation with European directives and how close have we come to satisfying EU regulations when it comes to energy efficiency?

– The Rulebook is just one of the acts through which we are harmonising with EU regulations and which can be said to have been harmonised to a certain extent. With it we regulate the minimum criteria for devices in terms of energy consumption that must be met in order for a device to qualify as being efficient and as being subject to public procurement. With this, we essentially prescribe the obligation for the public sector to improve energy efficiency and reduce energy consumption.

The Rulebook was created as a result of the work of the Ministry of Energy and the expert team from the EBRD’s Regional Energy Efficiency Programme (REEP). Is it true that energy efficiency labelling has also been regulated for refrigerators, air conditioners and lighting?

– There is an obligation to label the appliances that you mention, as well as another seven types of products (washing machines, dishwashers, televisions, ovens and extractor fan hoods, tumble dryers, water heaters and space heaters). The regulations that govern the labelling of classifications of energy efficiency are intended to inform customers about the energy consumption of a device, to give them the opportunity to view the category in which a device is classified in terms of energy consumption and to generally draw the attention of customers to the fact that purchasing efficient appliances pays off.

It is also common knowledge that incandescent lightbulbs that consumed five times as much energy as neon lamps, and as much as 10 times more than LED bulbs, were consigned to history precisely due to them not being energy efficient. 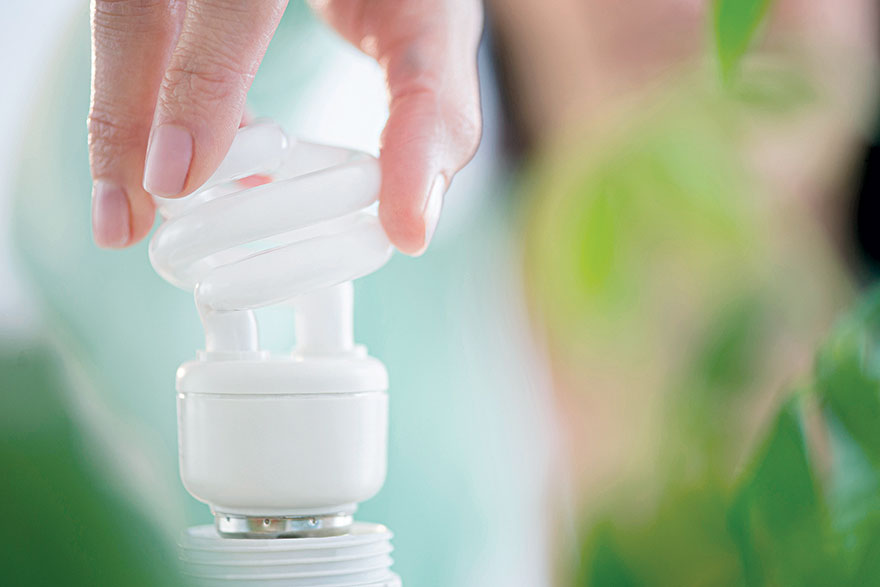 In order to achieve such savings, it is not only necessary to make adequate replacements, but rather habits regarding the use of lighting should remain the same or be improved. It shouldn’t happen that the purchase of a more efficient light bulb results in lighting being used much more when that’s unnecessary. It is also important to emphasise here that this replacement is also very cost-effective in terms of product life, with new LED bulbs having a lifespan that’s more than 15 times longer than conventional bulbs (provided they are used properly, of course).

When it comes to the Energy Efficiency Fund, which will be financed with money from a fee charged on every litre of fuel sold, every cubic metre of gas used and every kilowatt of electricity consumed, does that mean that a budget fund will exist in parallel with that, or is that set to be abolished?

– The fee that’s collected is revenue for the budget of the Republic of Serbia. Following the establishment of the Energy Efficiency Fund, this revenue will be redirected towards that fund and the budget fund will cease operating. With the amendment to the rulebook in early 2019, as many as three new mechanisms were introduced that enable citizens to increase energy efficiency, which is covered by grants and vouchers. The implementation of these mechanisms will be enabled by the establishment of the Energy Efficiency Fund.

When it comes to the budget fund, it remains unclear whether it is intended only for citizens or also for the economy. Will citizens be able to obtain favourable loans or grants from this fund for the implementation of energy efficiency measures?

– According to the Law on Energy Efficiency, the financial resources of the budget fund can be utilised by private individuals and legal entities from Serbia. When it comes to legal entities, to date the resources of the fund have only co-financed local self-government units, while a mechanism for stimulating the economy has yet to be developed. As a first step, it is expected that subsidised energy reviews will be secured for the economy once the regulations governing these reviews have been adopted.