Insignitus Gold was the first company to...
Read more

During this major jubilee year, Bekament has...
Read more

The Middle East Is The New Target

The Belgrade company StanTech is present as...
Read more

The Dragon Maritime Group is an intermodal...
Read more

Telekom Srbija is a natural partner of state institutions in the digital transformation process, as it is a simultaneously a reliable partner of the entire economy. The company primarily possesses the necessary expertise and provides very palpable services that are the very basis of the digital economy

Telekom Srbija has already passed through several waves of digital transformation, so the company possesses the expertise that is essential for the next steps that the society must take in this process.Predrag Ćulibrk

Where does Telekom Srbija see its place in the government’s digitisation plans?

– In this context, I will mention the introduction of fibre optics on the entire territory of Serbia, then the construction of the 4G mobile network, cloud services and data centre services. Finally, the new State Data Centre has been recently installed within the company’s own Data Centre and in future, it will securely store and unify the data of the state institutions.

Switching to digital models of doing business primarily offers savings, then transparency and a greater focus on the users of these services. That was certainly the reason for the establishment of the State Data Centre, which will include key equipment for the work of eGovernment and the development of new services for the economy and citizens.

Given that Telekom Srbija now contributes significant funds for the national budget, how much could Telekom allocate for improving infrastructure and services, and from which sources?

In the most dynamic period for the economy, we are operating in the most dynamic industry and, as such, stable growth must be accompanied by a constant level of investment in improving infrastructure, services, technologies and the business processes that must follow them.

We find ourselves in the middle of an investment cycle in the building of optics network, which will provide numerous new opportunities and benefits for all of our users in the period ahead.

This is the biggest investment in the modernisation of infrastructure since the establishment of the company, without which it is hard to imagine full digitisation being possible. At the same time, we are also investing in other areas of operations, mobile technology, multimedia, ICT etc. Our operations allow us to remain ambitious in our investment plans.

How would you evaluate the overall capacity of the infrastructure in Serbia to secure a fast and equally accessible internet connection in Serbia?

– High-speed internet is already available to the majority of citizens; according to the latest data, more than 70% of the population accessed the internet last year, and Serbia is among the world’s top 50 countries when it comes to internet connection speed. 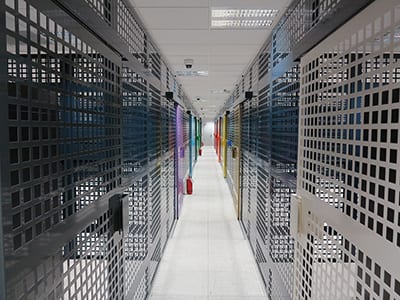 This is the result of several decades of investment not only by Telekom Srbija but also, other companies in this industry. There is room for improvement, and Telekom Srbija has accelerated its work on that.

The aforementioned modernisation of infrastructure, mostly via new optics, will provide internet access speeds of up to 1 Gbps for more than a million households. We also have in mind equal accessibility, which is why we will have projects that will also ensure good coverage in the less populated parts of the country.

How do you view the project of networking the countries of the Western Balkans with a broadband internet connection using the infrastructure of electric power systems?

– Economic cooperation in this and other related areas can only contribute to the competitiveness of the entire region. Building internet infrastructure, regardless of the technology, is mostly a very complex, timeconsuming and expensive process. I believe we should use all the potentials available to us to catch up with the more advanced economies as soon as possible. Finally, building fast and reliable internet infrastructure is a prerequisite for the development of a digital economy, though of course not the only prerequisite.

Apart from the fact that it has contributed the most to the national budget for years, Telekom Srbija is also the telecommunications company that invests the most in the development of its operations

Considering that you provide companies in Serbia with a large number of services related to storing and preserving information and that you have good insight into how those companies use the internet, can you estimate how many domestic companies have progressed in utilising the possibilities offered by digitisation?

– I will stick to the concept of Big Data, which has been among the main topics globally for some time, although the impression is that we are all still at the beginning. When companies have various contacts with users, they end up with a large amount of useful information that should help them additionally customise their services to the benefit of the users.

I can say on behalf of our company that we have been doing that for years and that the initial results are now visible. We have recorded an increase in the number of users and the volume of service use in certain segments, as a result of decisionmaking based on actual data as opposed to assumptions.

The future of all companies, regardless of their size, location or industry sector, will depend on them mastering this concept of transforming large sets of data into concrete business moves.

What is the level of computer literacy like among the population? What does the level of use of your services tell you about that?

– Users in Serbia follow global trends, so they increasingly approach different digital services, which has a direct impact on the use of the services that mts provides. Here I am primarily referring to a significant increase in internet access via mobile devices.

For users, mobility and constant connectivity are naturally implied, and telco operators will always have to be there to ensure that.

The use of multimedia and packaged services are also noticeable, which is also in line with global trends. I think users should be offered additional digital services that will make it easier for them to carry out everyday activities at work, at home or elsewhere.

Following the digitising of the cultural heritage of Hilandar Monastery, you have joined the Ministry of Culture’s initiative to digitise cultural content. What is your role in this task and how does this work fit into Telekom’s general goals for promoting culture?

– We pointed out the possibilities of this process in cooperation with the Hilandar Monastery Foundation some eight years ago, in the course of digitising the monastery treasury.

Priceless cultural and historical treasures of immeasurable importance have become accessible to everyone, and this accessibility has enabled scientists to study further and create new works on Serbian cultural heritage. That was just the start – since then we have worked in partnership to develop two interactive platforms: the virtual museums of Nikola Tesla and Mihailo Pupin, in order to further promote the achievements of our great scientists.

We then developed applications based on the concept of “augmented reality” for Serbia’s largest cities, which offer virtual routes for touring cultural and historical sites. Our cooperation with the Ministry of Culture is the fruit of our efforts over many years to preserve cultural treasures from oblivion and present them to the general public in a high-quality way.

It is our obligation, as a national company, to make cultural material and contemporary domestic creativity available and, in that sense, we have made our knowledge, technical capacities and people available.