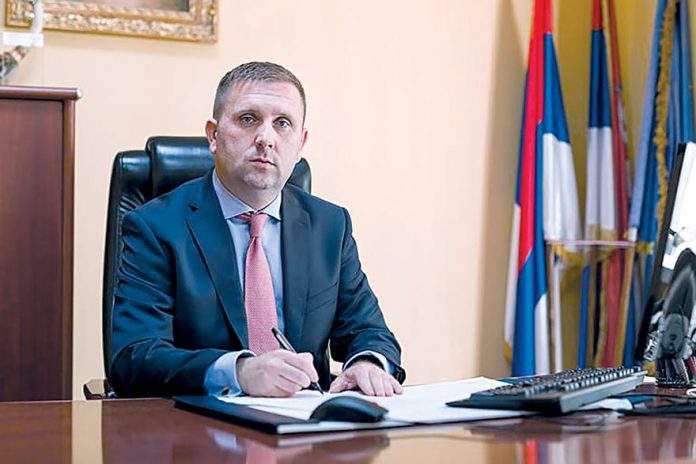 The Municipality of Žabalj is located at the very centre of Vojvodina and is today home to about 27,000 inhabitants.

The local self-government is working intensively to enable a level of informing that’s in accordance with contemporary trends – says President of the Municipality of Žabalj Čedomir Božić, announcing the further development of electronic administration and innovations that will ease the operations of businesses.

Do you plan to improve the functionality of the municipal website and do you use the guidelines of the Directorate for Electronic Administration to develop your website? How committed are citizens to using the municipal website; in your opinion, do they inform themselves sufficiently in this way?

– We worked intensively on improving the municipal website last year. We have realised some ideas, while some are still in the implementation process, but the most important thing is that everything is progressing according to the planned tempo.

The website of the Municipality of Žabalj is now a modern site that provides visitors with all necessary information about the work of the local self-government. In the process of redesigning the site and its functions, we used the guidelines of the Directorate for Electronic Administration, and I consider them as being extremely useful. We have noted a growing trend of visitors to our site, so in 2016 the website was visited by users from 320,000 different IP addresses, while in 2017 that number was 400,000.

As such, I am of the opinion that the citizens of the municipality of Žabalj mostly inform themselves via the site.

Which eServices are currently available to citizens in Žabalj? Can businesses expect the introduction of eCounters and eServices in the period ahead, which would ease their operations and shorten certain procedures?

– Citizens currently have available virtual registrar services, via which they can submit requests for issuing copies of birth, marriage and death certificates, which we deliver to their home address. Alongside this service, the “48 hours” service is also available, through which users can receive responses to the questions they pose within a deadline of 48 hours.

The introduction of eCounters and eServices is expected in the coming period, which will greatly ease the work of entrepreneurs, but also shorten the time required to obtain various confirmations, formal decisions and other documents needed by private individuals and legal entities.

According to your estimates, which areas have the greatest need for the introduction of elements of digitisation in Žabalj?

– In my estimation, the local tax administration currently has the greatest need for digitisation, so that is precisely where we will place our focus. I think this will contribute to increasing the ease and efficiency of the work of the local tax service itself, but will also help to accelerate and simplify the process of paying taxes, changing tax records and more. Digitisation is a process that has yet to reach its maximum.

The Government of the Republic of Serbia is striving to introduce digitisation to the work of local self-government as quickly and efficiently as possible, and the Municipality of Žabalj will continue following the Government’s guidelines, to the benefit of all citizens.