Following May 2021’s successful completion of the region’s most complex integration process, OTP Banka Srbija succeeded in maintaining and fortifying its position as the...
Read more

According to our estimates, the degree of mediation in the B2B segment in Serbia, i.e., the percentage of insurance that’s managed by brokers, is...
Read more

Digital transformation is today discussed at every company in Serbia, and many of them have seriously embarked on that transformative journey As a driver of...
Read more

The Pandemic Has Impacted Every Aspect Of Business

COVID-19 brought numerous changes to almost all areas of our lives. We spoke with experts from top tax advisory and auditing firm LeitnerLeitner about...
Read more

How Does One Become An Agriculture Leader?

With the arrival in Serbia of Al Dahra, which is known as a global leader in the agricultural industry, new standards were set for...
Read more

Consider the abandoning of the use of plastic bags in Serbia as an important example of how the engagements of large companies in the domain of corporate social responsibility in the country moved from being purely philanthropic to become socially aware. Yet much more can still be done to push both large companies and SMEs towards being active in CSR

To what extent is Serbia’s institutional framework in the field of cross-sector partnerships and corporate social responsibility harmonised with European policies in this field?

– It is noteworthy that issues related to cross-sector partnerships (CSP) and corporate social responsibility (CSR) have steadily gained traction in the European Union. Among others, they are addressed in the EU 2020 Strategy for Smart, Sustainable and Inclusive Growth, the renewed EU Strategy on CSR 2011- 2014, and the Action Plan on Human Rights and Democracy 2015-2019. The importance of CSP and CSR has been further underscored within the framework of the EU Sustainable Development Goals. Thus, the European Commission’s sub-group on CSR has put forward a number of policy recommendations for the EU and its member states that would encourage and facilitate CSP and CSR practises. These include, among others, raising awareness and encouraging public authorities to utilise possibilities presented in the EU law for integrating environmental and social considerations into their respective procurement processes, supporting awareness and the implementation of due diligence by companies against human rights and other social risks etc.

In addition to the aforementioned soft instruments, EU Directive 2014/95 requires disclosure of non-financial information by certain large economic undertakings and groups with respect to environmental protection, social responsibility, the observance of human rights and other pertinent social issues.

At this juncture, Serbia does not have a comprehensive strategy with respect to CSP and CSR. However, issues related to CSR are recognised as cross-cutting issues for a number of EU accession negotiation chapters, including public procurement, environment, and social policy and employment, to name just a few. It is therefore fair to assume that policy measures pertinent to CSR will gradually be introduced as negotiations progress with the EU.

What have examples of CSR in Serbia to date shown about the extent to which companies perceive this area of their operations as an integral part of their development policies?

– It is evident that issues related to CSR have been mainstreamed into the overall business strategies of large companies operating in Serbia, regardless of their origin (domestic or foreign). This practise reflects a general recognition that CSR is not an expense, but rather an investment that plays a significant role in ensuring that a company keeps and expends its customer base. On the other hand, it is still fairly rare for an SME in Serbia to have some form of CSR strategy in place. This has to do with a number of factors, not least the lack of necessary resources and lack of capacity, as well as policy measures that would encourage and facilitate this process.

CSR often boils down to philanthropic donations. Is this still the case in our country when it comes to companies’ practises?

– The practise of CSR in Serbia has passed the point of the concept being reduced to giving donations. Rather, large companies increasingly strive to lead by example in addressing pressing social issues. The recent decision of a number of large retailers to abandon the use of plastic bags is just one example of this trend.

What could be done in terms of tax policies in order to encourage corporate donations?

– Under the tax law, a company may deduct up to five per cent of its annual gross income for charitable causes. While the general framework for corporate giving is modestly favourable, there is significant room for its improvement. Among others, the list of charitable causes in the tax law needs to be aligned with the one in the Law on Associations and the Law on Foundations and Endowments, respectively.

Currently, for example, the tax law does not recognise human rights, the promotion of gender equality or European integration as charitable causes, and thus donations for those purposes are not exempted from taxation. In addition, it is unclear whether a donation in real estate would qualify as tax exempt; whether a donation in the form of an institutional grant (a donation designated to support the institutional development of a donation recipient, rather than the implementation of a particular project) would qualify as tax exempt; what is the tax status of a carry-over donation; and to what extent a donation can be used to cover the overheads of a recipient.

The more pressing issue, however, seems to be the practise of the Tax Office requiring a donor to submit to the Office material proof that a donation is spent legitimately by the recipient. This should ultimately be the responsibility of the recipient, rather than the donor. As a result of this malpractice, many donors avoid duly reporting on donations, but rather treat them in their books as other, non-deductible expenses.

One element of CSR is encouraging volunteering. What challenges do companies face in developing this important dimension of social action?

– While the law does allow companies to host volunteer activities under certain conditions, it is overly intrusive and prohibitively expensive for a host of those activities. That is largely due to the fact that the law regards volunteering as a subset of labour relations, rather than as a private, voluntary activity. 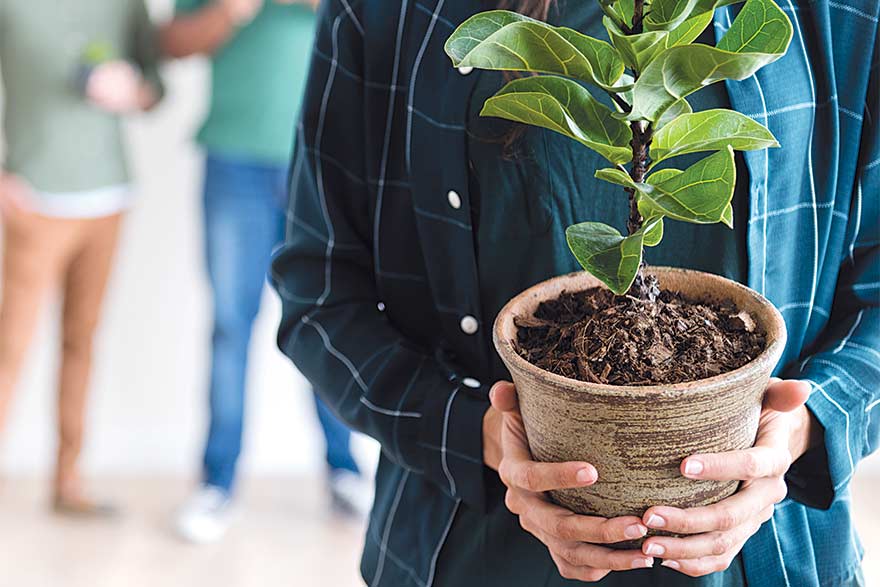 While the law does allow companies to host volunteer activities under certain conditions, it is overly intrusive and prohibitively expensive for a host of those activities

– The current legal framework provides quite modest incentives in this respect. Under the personal income tax law, a recipient of a monthly scholarship of up to 11,741RSD (circa 100 euros) is exempt from paying personal income tax.

However, the Ministry of Finance is currently considering amendments to the law that would increase the tax exempt monetary threshold for monthly scholarships from 11,741RSD to as much as 30,000RSD. In addition, the new proposal would allow for scholarships to be paid not only monthly, but in any other time sequence, including one-off payments.

Success is Greater if it is Shared

We Build With Heart Over the course of almost three decades, Bekament has grown from a small family business to become one of the most...
Read more
Corporate Social Responsibility

Caring for the community in which it operates is one of the priorities of Carlsberg as a company, which is testified to by the...
Read more
Corporate Social Responsibility

Novo Nordisk has amassed two decades of experience of being at the forefront when it comes to environmental responsibility. And this responsibility has been...
Read more
Corporate Social Responsibility

The New Year's holidays having always been a time for summing up results and making decisions for the year ahead. And a time of...
Read more
Special Editions

Mike Michel, President Of The Foreign Investors Council And CEO Of Yettel

I Choose To Be An Optimist

The country needs strong economic growth through sustainable fiscal consolidation and the continued privatisation and corporatisation of public enterprises and the reform of public...
Read more
FIC

When geopolitical conditions shift and the world economy is hit by serious tremors, countries that are much more developed and better regulated than Serbia...
Read more
FIC

We mustn't lose what we've already achieved, and that's full employment and economic growth. Even though much of this doesn't depend on us, we...
Read more
FIC

I’m extremely proud of the results we’ve achieved in preserving the exchange rate’s relative stability over the course of the last decade. That has...
Read more