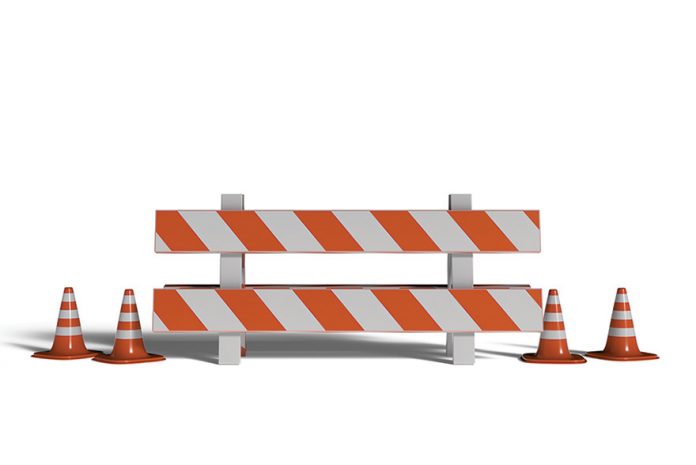 Unlike many other sectors, which were crippled by the pandemic, the construction sector proved unstoppable, including when it comes to major infrastructure works on transport corridors, due to the dedication of workers, good organisation and the interest of investors in respecting deadlines, with the exceptions of minor challenges. Apart from contributing strongly to GDP growth, the works being implemented on major roads and railway lines along trans-European corridors are also paving the way to future progress.

Serbia is one of the countries that has a key position on the map of trans- European transport corridors and is the only non-EU members country – besides Switzerland and Norway – to be included as part of the so-called network of European Rail Freight Corridors. While this was an underexploited privilege for a long time, the tremendous work put into this large endeavour is now bearing fruit. Serbia is increasingly approaching its ultimate goal of full inclusion in the trade flows of Europe. This will, in turn, bring more investments and underpin regional development. This is important to underline today, when many believe that Serbia could benefit from the trend of global value chains looking to relocate their operations closer to home. Good infrastructure and ease of transportation will be of the utmost importance in decision making.

Serbia has understood well from the very start that the story doesn’t end with the completion of Corridor X, but rather every development story has to take into account the bigger picture that encompasses the development of transport infrastructure both within the country and throughout the Western Balkan region.

Indeed, as we have witnessed, with better roads, and better infrastructure in general, the basic preconditions have been set for the arrival of major investments, not only in Belgrade or Novi Sad, but also in smaller cities like Pirot, Leskovac, Kruševac, Kraljevo and others.

Massive works, such as those on major road and rail corridors, take a long time, but also bare fruit over the long term. Serbia will soon be ready for its full inclusion in European trade flows, which will bring more investments and underpin regional development

The Moravian Corridor, the Fruška Gora Corridor, the highway connecting Serbia with Bosnia-Herzegovina, the planned Vožd Karađorđe Highway, as well as numerous works on the reconstruction of regional roads, are also either in the pipeline or envisaged. All these projects will eventually lead to the full utilisation of the country’s transit capacity. And, more importantly, they will establish the framework for economic growth in the future.

Roads are indeed only one part of the story. A well-developed railway network, modern ports and intermodal terminals are also needed if Serbia is to enable its economy to produce and export efficiently.

The most important project is undoubtedly the reconstruction of the aforementioned railway branch of Corridor X, extending from the Hungarian border all the way to the border with North Macedonia. However, there are also other important railway routes, such as those from Niš to Zaječar, Bor and Prahovo, which are important from the aspect of the further development of industry. And important progress has also been achieved here, despite the pandemic.

Furthermore, Serbia’s real estate sector also performed well in 2020. According to the insights of the Ministry of Construction, Transport and Infrastructure, the construction of residential and commercial properties is also experiencing an upward trend. It is therefore safe to say that foreign investors are demonstrating their expectation that Serbia will continue to represent an attractive market after the pandemic has abated.

I believe the construction sector will prove decisive in ensuring good GDP results at the end of this year, because it's working wonderfully even...
Read more

People Form The Heart Of This Company

Put Inženjering emerged from its beginnings as a small company specialising in the transport of goods, while its core business was the construction of...
Read more

Corridors Are Key To Reviving Passenger And Cargo Traffic

Due to the nature of investment in the railway sector, it is necessary to have patience in order to see the effects of the...
Read more

The Beginning Of A New Journey For Belgrade Airport

Proud Of Every Metre Of Roadways

Over the course of almost 60 years, Putevi Ivanjica has completed some of the most complex undertakings, constructed thousands of kilometres of roads, conducted...
Read more

Beacon Of The Roadworks Industry

Serbia's Highway Institute continues to rank as a regional leader in the field of highway engineering. Testifying to this claim is the fact...
Read more

We Have Both Vision And Implementation

It is important for civilisation that we build highways, but without a developed railway network, modern ports and intermodal terminals, we won't give our...
Read more