The media is changing, and the time spent using the media is extending. This was also shown by the statistics of company Nielsen for the second quarter of 2019, in which users spent 11 hours and 45 minutes per day interacting with the media – television, TV-connected devices, radios, computers, smartphones and tablets – which represents an additional hour and 21 minutes of media exposure across all platforms compared to the second quarter of 2018

DIRECT MEDIA United Solutions has this year once again analysed the media and the behaviour of users and brands, and presented a report on media trends for 2020. Included among them are brand new trends, or those that have been transposed from the previous year, upgraded through a micro-trend or a new area. We are continuing with the research in order to be in a position to unequivocally direct brands to where their customers are, says Ljubica Vukčević, Head of Research & Insight at DIRECT MEDIA United Solutions.

Television is still the dominant medium in the region, in terms of both reach and impact. In the wake of the growing merging of the internet and television, what will the overall media experience of viewers look like?

– Events surrounding television as a medium over the plast few years definitely show that Bill Gates’ predictions on the “extinction of television” were unfounded. However, it is a fact that television is gaining a completely new form. Ever more people are abandoning their use of TVs. The internet enables TV signals to be received on computers and mobile devices, which paves the way for two new development avenues: television as a mobile device experience is becoming a reality, while the simultaneous use of television and the Internet is on the rise. In our part of Europe, television is still the absolute leader in terms of investment and will certainly remain in this position for the next few years.

Television as a mobile device experience is becoming a reality, while the simultaneous use of television and the Internet is on the rise

The trends we spoke about last year – on-demand access, on-demand video, independent streaming, multi-screen rendering, flexible subscriptions and original content – will also be present in 2020 when it comes to television. Regional providers have realised the importance of streaming platforms, which experienced even greater expansion in 2019. If we look at innovative television advertising, United Media launched the Vida project, which is the only one in this part of Europe to provide Addressable TV advertising. This advertising is a combination of the best sides of television and digital, a combination in which one can get the power of the big screen and the ability to target accurately and measure precisely from the internet.

Also specific to Vida is that this is one of three platforms in the world that allow the changing of ad blocks in a live programme. All in all, major changes are happening in television both globally and regionally, and we expect them to completely transform the user experience.

– Video will also be relevant in 2020, but certain micro-trends will change within the overall trend. According to TGI Serbia, 76% of internet users consume video content, while almost half of internet users watch video content for more than two hours per day. This trend has also been recognised by advertisers, which is why in 2018 almost 20% of the digital mix was taken by video formats. IAB Serbia also recorded the huge growth of video – by as much as 53% in 2018. 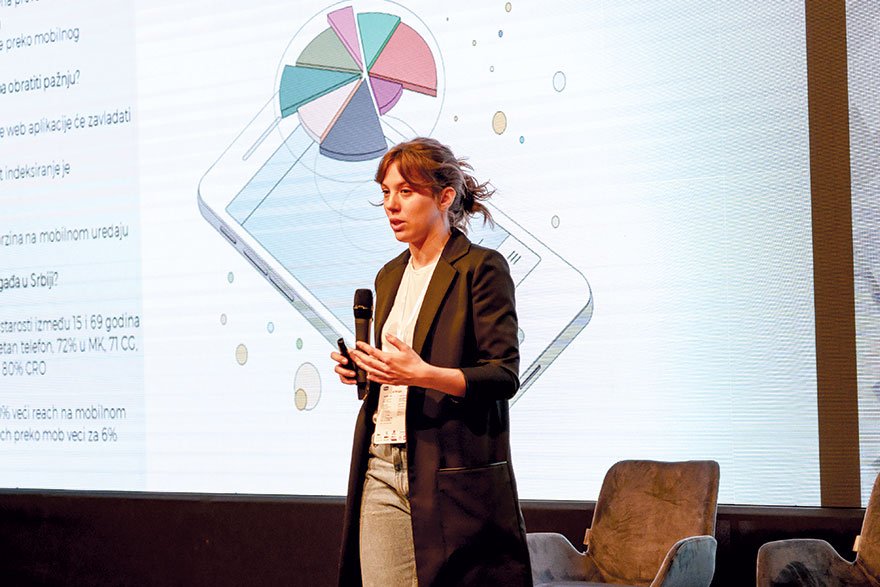 On the sites of existing social networks, videos are ranked higher than all other types of posts, as they naturally encourage the engagement of users, while new video applications flood the market daily (TikTok, Lasso and byte represent just a few popular examples from this year). Although there is no doubt that shorter videos are easier for users to process, they don’t enable brands to establish an emotional connection with users that would leave a lasting impression on them.

That’s why longer video recordings will be a new micro-trend, given that they enable the display of content that will remain in the memory of users or contribute to their education – whether about products or brand values.

Considering their ubiquitous nature, it is understandable that social networks have become an integral part of online marketing. What are the trends that will mark 2020 in this area?

– Trading on social media is already on route to becoming the world’s main retail channel in the rankings of other media, such as websites and physical shops. Some 72% of Instagram users have purchased an item through an app, but as it is currently not possible to set up an Instagram shop in Serbia, this trend is still in its infancy in our country.

Then there’s so-called “ephemeral” content, which will have its own role to play in the coming period. Instagram and Snapchat Stories represent perfect examples of this type of content. Research into Generation Z that was conducted by DIRECT MEDIA United solutions and IPSOS clearly shows that we have a generation ahead of us that is anxious when it comes to what others think about them.

This is why ephemeral contents are suitable for them – those that remain only for a short time and then disappear. Another trend that we should mention is new platforms such as Snapchat, Pinterest and TikTok, which already has about 500 million active users. In terms of number of downloads, TikTok is ranked higher than Twitter, Linkedin, Pinterest and Snapchat. It was the most downloaded app on the Android platform in January this year.

The number of influential personalities on social networks is growing, and with it comes the growth of marketing spending among companies in the field of influential marketing. Can we expect changes in influencer marketing?

– It is correct that spending is growing in this area of marketing and that influencer marketing, while not a new trend, will last for some time. Advertisers now not only collaborate with one or two influencers, but rather also work with an entire network of small, relevant influencers for specific market segments. With such influential personalities they get far more engagement at a lower cost. In the future, ever more marketers will use this strategy and work with more personalities who have less influence instead of one celebrity.

With increasingly complex systems to navigate through, there are many challenges facing the advertising industry today. It is hard to balance between multiple goals...
Read more

HOW CLIENTS AND AGENCIES ARE COOPERATE TODAY WHEN IT COMES TO THE MEDIA? At a time when our business has become very dynamic, which...
Read more