With the number of wearable devices on the market constantly growing, we can expect consumers to create their own ecosystems, adjusted to their personal needs, routines and lifestyles. We are mainly talking about Generation Z because their expectations regarding smart and connected platforms are growing simultaneously with their personal growth. In the future, brands will have to embrace the technology more than they are doing now, and will have to leave the customers and clients with more control, and allow them to interact in ways they want to interact.

#2 Uncertainty factor – can a CEO earn the trust of citizens?

Citizens, as consumers, are losing faith in political figures and seeking verification and answers from CEOs and brands. They want them to take the lead. Research shows that 82 per cent of consumers is more likely to trust a company or brand whose CEO is active on social media.

Numerous companies have already recognised the importance of cooperating with social media influencers, meaning bloggers, vloggers, Youtubers, Twitter and Instagram influencers who cover different segments – fashion, beauty, gastronomy, gaming, IT etc. It’s wrong to treat influencers as just another channel to communicate your goals and messages. These campaigns must be thoroughly planned and executed in order to dominate the creative community of YouTubers, Videobloggers, Instagrammers and SnapChatters. 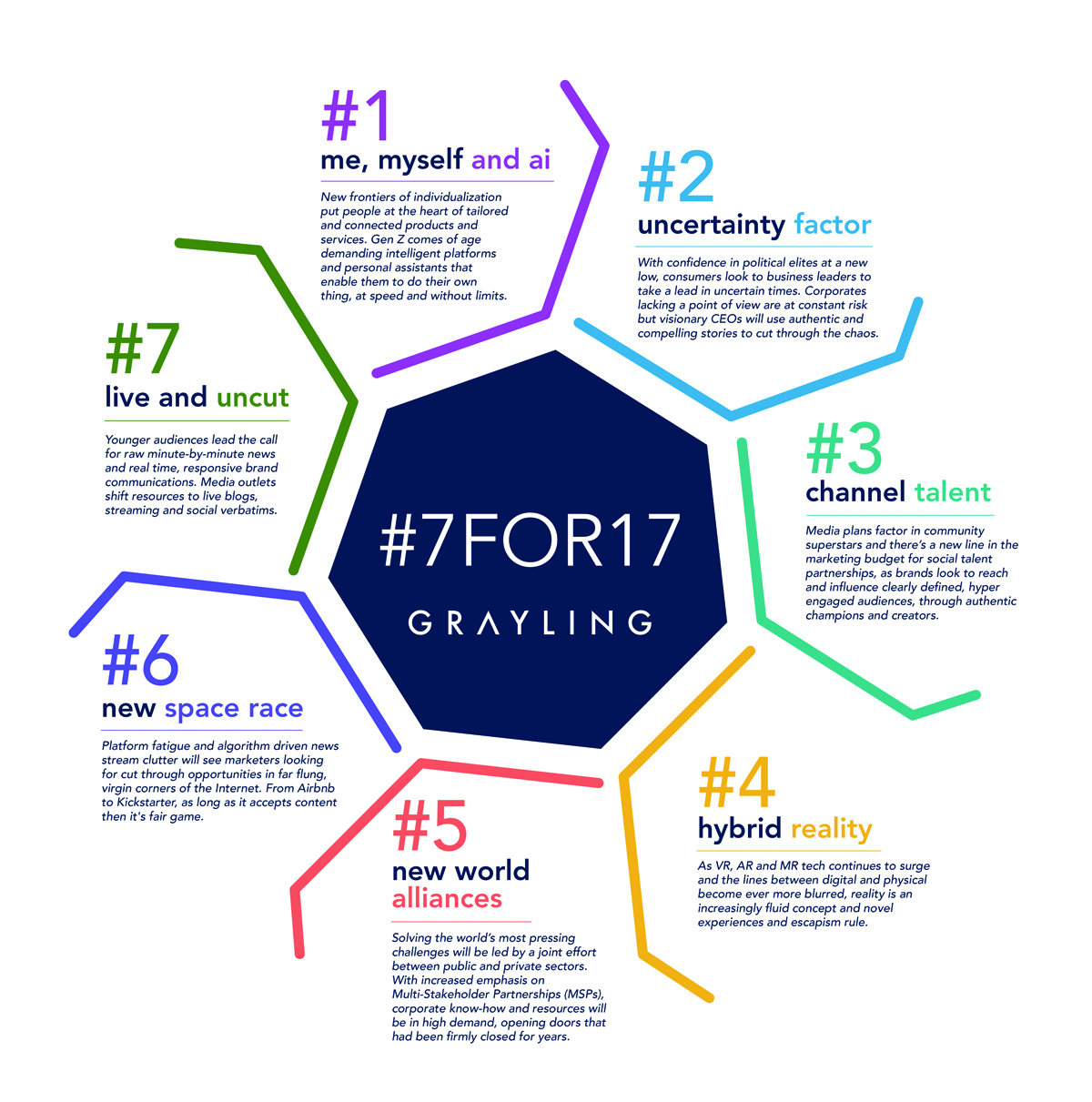 Companies that recognise an advance in user experience as a key element of innovation, using AR, VR and MR, will gain a competitive advantage on markets that require more sophisticated services. The way we communicate is evolving very quickly and, with the development of AR, VR and MR technologies, digital and physical worlds are becoming more integrated, enabling users to gain experiences they could only dream of in the past.

#5 Cooperation between the public and private sectors

The previous year was, from a political point of view, very turbulent, but underneath all that chaos political decisions are still being made, and in 2017 we will witness stronger cooperation between the public and private sectors.

Favourite social media channels, such as Facebook, Instagram and Twitter, are focusing on paid content more than ever, but the amount of messages and campaigns on those platforms is unbelievably big, and, according to recent research, the more fans you have on Facebook, the smaller your organic reach. There are new and non-traditional platforms that brands and companies can use, which are not crowded with competition and content, and which can help them reach their goals and strategies, without the risk of their content being lost in the “sea” of other information.

The biggest changes we witnessed in 2016 related to the fundamental use of live streaming platforms, such as Facebook Live and Periscope. This enables companies to broadcast their content on a global scale, with little or no filters.