La Linea Verde Group, which is headquartered in the Italian town o Manerbio  ( near Milan) is an agro-food company specialising in the production of fresh-cut salads and chilled fresh ready soups

Founded in 1991 by two Italian brothers, Giuseppe and Domenico Battagliola, the group is the evolution of a family agricultural business that relies on solid family values. Standing at the top of the Italian market of bagged salads and chilled fresh soups, the company boasts 40 years of experience in agriculture and almost 30 years in the fresh-cut sector. The group manufactures under its own umbrella-brand DimmidiSì (Italian translation of “tell me yes”) and is a co-packer for European large-scale retailers.

Over the years, thanks to continuous growth and investments in agriculture, production, innovation and communication, the group has increased its presence on foreign markets through both export activities from Italy and the opening of affiliated companies beyond Italy’s borders.

With six production sites (situated in Italy, Spain and Serbia), five commercial offices (Italy, Spain, Serbia, Russia and France) and a turnover of 330 million euros in 2019, La Linea Verde is the right partner for large scale retailers in Europe.

The production units of the group are situated in different European locations, all with specific features to farm salads for fresh-cut and provide the availability of raw materials year-round. This allows the La Linea Verde Group to supply almost all European countries.

The key to the company’s success lies in its innovative, high quality and convenient products of exceptional added value. Reliability and flexibility are characteristics that have always allowed the group to meet consumers’ demands. In fact, La Linea Verde, as a reliable co-packer of fresh-cut products in Italy and the rest of Europe, works for as many as 60 European retail brands. The group opened a production plant in 2018 for fresh cut salads in Serbia’s Ruma region, “La Linea Verde Dobrinci”, acquiring fields and greenhouses for the farming of several varieties of salads. The core business of the Serbian hub is to offer ready-to-eat salads in bags and unwashed salads in trays. The factory now supplies the entire Serbian Retail market. 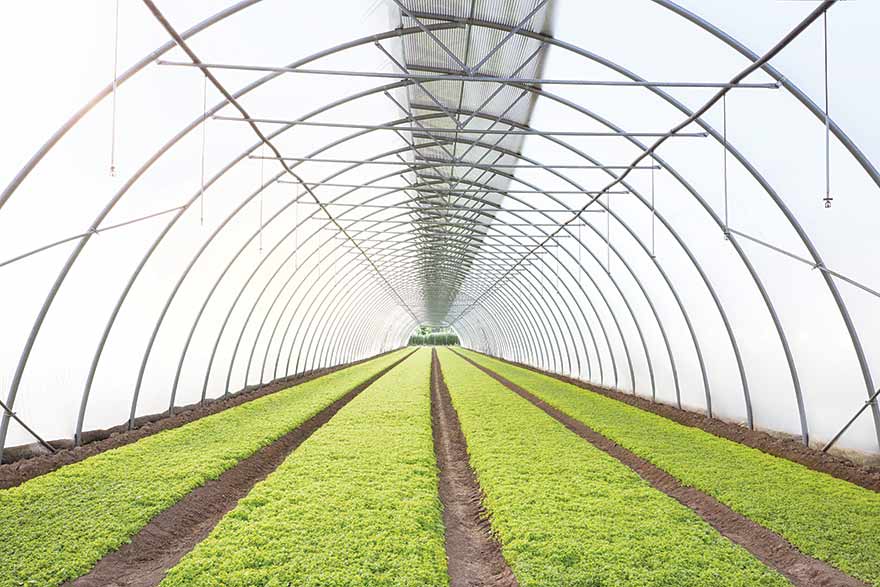 A total of 10 million euros was invested in the “La Linea Verde Dobrinci” hub, which covers a surface area of 5,900 square metres and has a staff of 120 people. The latest modern technologies were introduced in the production plan, which can produce up to 65,000 units of washed bagged salads and up to 55,000 units of unwashed salads in trays per day.

The surface area dedicated to agricultural production has reached more than 140 hectares. Baby leaf salads are grown in greenhouses, while crunchy lettuces are farmed in open fields located in Debrc, in the county of Šabac and in Kraljevci, both near the production plant.

“La Linea Verde Dobrinci” represents the heart of the group’s Eastern Europe project. The goal of the Serbian company is to supply the local Serbian market, all the Balkan countries and Russia. This project is the result of the 30-year activity of the group. An integrated supply chain allows the tracking of the entire product pathway, from the field to final delivery, with high quality standards, state-of-theart agricultural and production technologies and a focus on marketing and logistics. These features form the basis of the Italian model of “La Linea Verde” and were introduced at “La Linea Verde Dobrinci”, together with values of reliability and love for the earth.