Serbia succeeded, in just 24 hours, to ensure the full production of products that were lacking during the Coronavirus pandemic, as well as quickly developing an electronic platform for the sale of agricultural products. In this interview for CorD Magazine, Minister Nedimović notes that strong financial support has been secured for producers and processors and that new markets have been opened for the placement of Serbian food despite the state of emergency.

In crisis situations like the one caused by the Coronavirus pandemic, previously untapped potentials are activated, such as the action taken for Serbia to become a producer of yeast. Can you tell us more about this and plans for the future?

– More than ever before, it has become clear to everyone how much agriculture and food security are of national or strategic importance to every country, including ours. Neither millions of barrels of oil nor tonnes of gold can help in such situations, because they simply cease to be important. That’s why it’s important for a serious country to have its own food production that’s independent of anyone else. This was brought into question by a series of historically bad privatisations and factory closures. However, we managed, in 24 hours, to ensure the full production of all lacking products, such as yeast, and then secured supply across the entire territory of the country. Furthermore, this is not just about yeast, but also alcohol and other similar products. That’s why we will undertake special measures in the coming period that will ensure continuous production in sectors that are of the utmost importance in extraordinary circumstances.

The previous period also gave rise to another project that will continue to be realised in the future – the electronic market. How does it function and what kinds of opportunities does it provide to producers and customers?

– The electronic market is a platform that we’ve also developed in a very short period, in order to additionally ease the operations of small farmers. I must say that I’m very satisfied with how it turned out, because more than 100 tonnes of vegetables and fruits were sold in just the first seven days of operations, while more than 2,000 producers are registered at present.

Of course, the ePijaca cannot completely replace classic trade outlets, but it is certainly a new step and an indicator of the direction in which we should develop sales. Every small and medium-sized food producer can recognise their interest in it, because it ensures that their goods are available throughout the country, not only in their own region. On the other hand, every citizen can choose what type of food they want to buy and from which part of Serbia, and then receive it at their home address. The process itself is very simple for both those who want to sell their goods and those who buy them.

Alongside assistance in marketing their products, farmers also received one-off financial assistance. Could you remind us which sectors and categories of producers received assistance, and the total amount that has been allocated for these purposes?

– We secured numerous lines of financial assistance for agricultural producers and processors. This relates to direct financial and credit support. The one-off financial assistance encompasses the three most endangered sectors – vegetable growers in protected areas, bee-keepers aged over 70 and dairy farmers. These groups were selected after comprehensive analysis of newly emerged conditions on the market showing that vegetable producers were unable to place their products on markets, which impacted on their revenue significantly; bee-keepers could not visit their hives due to the limits of old age, and small dairy producers were unable to deliver milk to customers. 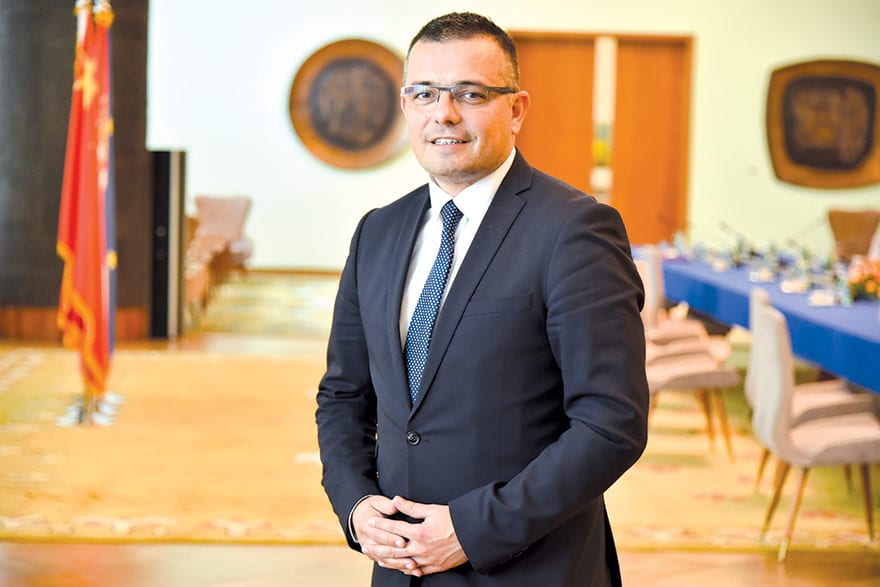 This support has to date been paid into the accounts of about 10,000 producers who have registered greenhouse vegetable production and about 7,000 bee-keepers, while payments to milk producers are underway. The amount of this one-off assistance is determined according to units of registered surface area, or per head of livestock or numbers of hives. When it comes to owners of greenhouses, up to 90,000 dinars was paid, dairy farmers each receive up to 30,000 dinars, while bee-keepers aged over 70 received up to 20,000 dinars per farm.

Another set of measures included credit support. What is the repayment period and grace period, and how high is the interest rate? What can farmers use these loans for and in what amounts?

– These are extremely favourable loans with a subsidised loan rate, and additional breaks are envisaged for loans intended for purchasing raw materials, working capital and liquidity, with an interest rate of one per cent, a repayment period of up to 36 months and a grace period of 12 months. A farmer can take out a loan for almost everything he needs at this moment.

Alongside the existing markets of the European Union or the Russian Federation, where we specifically export the most fruit, then the People’s Republic of China, where beef exports are becoming increasingly intensive, we have opened new markets despite the state of emergency

About 11 billion dinars of credit has been provided through incentivised interest subsidies alone. Farmers can submit a loan request at their selected bank, without additional conditions or evidence, for a loan of up to three million dinars for liquidity, while the bank controls how the funds are invested and whether the investment is justified. Moreover, farmers can receive loan funds up to six million dinars for the procurement of raw materials and other working capital, and they are then obliged to submit a proforma invoice to the bank, or a sale and purchase contract if they are buying animals.

It is planned for this type of assistance, or the use of funds, to last until 1st November, and enough funding is available for everyone interested. Interest is high, as much as three times higher compared to the same period last year, and amounts of 80 to 100 million dinars are approved on a daily basis.

During the state of emergency, the EU abolished controls on raspberries from Serbia for norovirus, while Serbia became a full member of the International Grains Council. What’s new when it comes to the opening of new markets for Serbian food and which types of products does this relate to?

– Alongside the existing markets of the European Union or the Russian Federation, where we specifically export the most fruit, then the People’s Republic of China, where beef exports are becoming increasingly intensive, we have opened new markets despite the state of emergency. Apple producers will now be able to export their produce to the Indian market, with a population of 1.3 billion, which in itself speaks volumes about how great a chance this is for Serbian agriculture. Arabic countries are also increasingly importing our products, so in the previous period we saw the start of exports of lamb and beef to the United Arab Emirates, which is a high paying market and therefore a good opportunity for all producers. We last year also opened the market of Egypt, which is the world’s largest buyer of wheat. I will repeat once again, for the umpteenth time, that without a buyer it is not worth having the highest yields in the world, which is why opening markets that want to buy our products will also continue to be an absolute priority for us in the future.

A development strategy has also been adopted for winemaking, which also has significant export potential. What is envisaged by that document? In which way is the state already supporting the winemaking and viticulture sector?

– Winemaking is a particularly important sector in our economy. That’s why we’ve multiplied our budgets for support, both through annual subsidies and other sources of funding. A total of 300 million euros will be allocated for the 2020-2030 period, and one of the goals is to establish up to 1,000 hectares of new plantations annually. Together with the aforementioned measures, we have thus secured complete financial support for viticulture and winemaking, from equipment and seedlings to mechanisation and laboratory analyses.

Unregistered Labour One Of The Greatest Threats To National Economy

A labyrinth of complicated procedures and a host of charges get in the way of modern business, which is why they need to be...
Read more

Smart Plant Protection In The Age Of Pandemics

Innovative solutions have reached every farmer Belchim Crop Protection has succeeded in overcoming all the challenges of the previous period and ensuring the unhindered delivery...
Read more

Improvement of food quality and safety in Serbia

Prime Minister Ana Brnabić announced today, after visiting the Directorate for National Reference Laboratories in Belgrade, that all milk producers will have to test...
Read more

Miteco Reconstruction of the Old Recycling Plant in Rakovica

On the occasion of 50 years since the establishment of the first purchase stations for secondary raw materials in the Belgrade municipality of Rakovica, company Miteco officially unveiled recycling complex on May 23, which consists of a transfer station for industrial and hazardous waste, a new recycling plant and a plant for mobile remediation of PCB contaminated sites
Read more

The biggest agribusiness event in this part of Europe, the 83rd International Agricultural Fair, took place at the Novi Sad Fair from 14th to...
Read more

The products of Stado Moje are recognisable in Vojvodina and Belgrade The Amaks Dairy in Mošorin is an excellent example of the development of the...
Read more