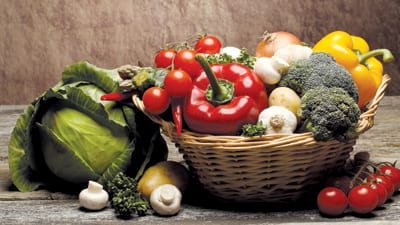 In the third quarter of this year,...
Read more

More than 18.4 billion dinars has been...
Read more 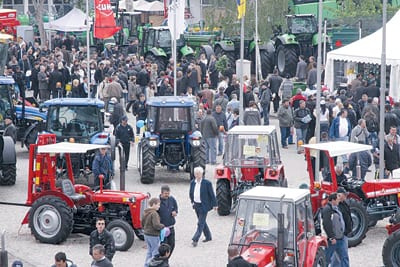 The Fair welcomed its first foreign exhibitors eighty years ago; namely, Bulgarians who had come to present their poultry; 60 years ago, in 1957, it became recognised as an international and common Yugoslav fair. There has been a marked increase in the number of foreign exhibitors over the last several years, which reaffirms the fact that the most significant event of the Novi Sad Fair and the biggest agricultural business happening in this part of Europe is a place where supply and demand, as well as domestic and foreign companies, meet.

Visitors will have the opportunity to attend the impressive Agricultural Machinery Exhibition, while preparations for the National Livestock Show and Organic Produce Exhibition are also underway.

International B2B meetings will facilitate cooperation between entrepreneurs and institutions from around the world. Novi Sad Fair’s Congress Centre, which boasts modern infrastructure, will be home to numerous promotions, presentations, professional gatherings and other business events. New segments and engaging visitor content are also planned.

The 84th International Agricultural Fair in Novi Sad will be held from 13th to 19th May 2017. 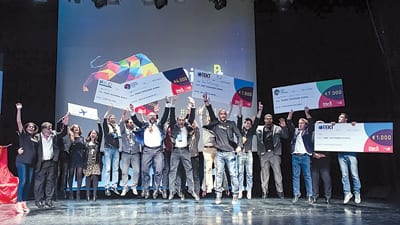 Future Agro Challenge (FAC) is a global competition that discovers innovate fundable food and agribusiness startups from various corners of the globe addressing national, regional and global challenges. FAC provides key tools and opportunities to help them grow their business and expand them into new markets. FAC is working to make a difference on a global level by increasing interaction amongst agro innovators, entrepreneurs, and stakeholders by addressing national policies and challenges.
There is not one simple solution to any of the complex global challenges of feeding the estimated growing population of 9 billion people by 2050. FAC was ignited in Greece, at the crossing of three continents, is rich in diversity in both wild and cultivated plant species, has developed its botanical and agricultural practices for millennia, and the source of the famous Mediterranean diet, and has grown into a global competition.
Each nation and region brings a new perspective, having overcome different obstacles and offering different facets of innovation.While disruptive solutions are being created across regions, individuals and visionaries often feel overwhelmed by the complexities to integrate into the agricultural ecosystem.FAC supports agro visionaries, startups, farmers, manufacturers, and distributors from countries across several continents. The most promising ideas and ventures are selected to compete in the International Finals for the title of the ‘Most Innovative Agribusiness of the Year’.The aims of the Future Agro Challenge are:
• To foster innovation in agriculture
• To encourage technology and methodology incorporating Evergreen Practices (to increase food production and efficiency in a sustainable manner, reducing greenhouse gases and carbon and water footprints)
• To upgrade agricultural education and training
• To revolutionise the approach to a healthy lifestyle and nutrition
• To promote business and investment opportunities in agribusiness
• To grow a global community of experts, investors, and innovators

The Future Agro Challenge (FAC) began as an initiative of Industry Disruptors-Game Changers (ID-GC), a non-profit/non-governmental organisation that hosts Disrupt Startup ScaleUp in Athens aiming to create an ecosystem that fosters and promotes innovative entrepreneurship. 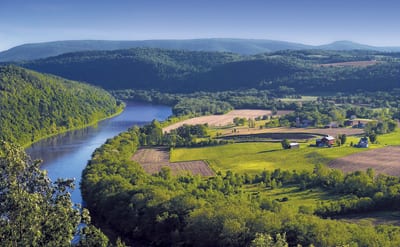 To encourage ways of boosting rural development, the European Commission has launched a call for tender for a pilot project on smart eco-social villages.What are the characteristics, drivers and factors of success for smart ecosocial villages? How do we work towards achieving villages with a viable economy, attractive living conditions and that are environmentally sustainable, with access to technology and state-of-the-art connectivity that could help boost rural areas.
Open for submissions until 17th May 2017, the aim of this pilot project is to find concrete examples and best practices to overcome challenges facing rural areas, such as unemployment, insufficient services and depopulation. Relevant and practical examples could include, for example, innovative projects with the aim of fostering cooperation between farmers and/or other groups active in rural areas.The outcome of the project should aim to draw conclusions that are applicable throughout the European Union (EU), taking into account the diversity of circumstances that apply across the EU countries and regions.
Organic Market In Europe 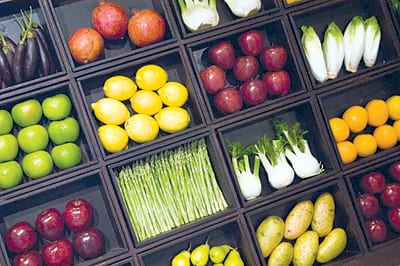 The organic market in Europe continues to grow. In 2015, it increased by 13% and nearly reached €30 billion. At BIOFACH, the world’s leading trade fair for organic food, the Research Institute of Organic Agriculture FiBL and the Agricultural Market Information Company AMI presented the 2015 data of the European organic sector in February 2017.
Germany is the largest organic market in Europe (€8.6 bln), followed by France (€5.5bln), the UK (€2.6bln) and Italy (€2.3bln) (2015 data). The first figures available for 2016 show that the market continues to grow (Germany 2016: €9.5bln). Globally, Germany is the second largest market after the U.S. (€35.8bln in 2015).Each year, European consumers are spending more for organic food – on average €36.4 in Europe and €53.7 in the European Union. Switzerland is the country with the highest per capita spending on organic food worldwide (€262), followed by Denmark (€191) and Sweden (€177).
European countries also have the highest organic market shares: Denmark has the lead with 8.4 %; in Switzerland, the organic market share is 7.7 % and in Luxembourg 7.5 %.The trend of the market growing faster than organic farmland continued in 2015. However, it is encouraging that the area of organic farmland grew at a faster rate than it had in previous years: it increased by almost one million hectares or by 8.2%. At the end of 2015, 12.7 million hectares were under organic management in Europe (in the European Union, 11.2 million hectares). This constitutes 2.5% and 6.2% respectively of total agricultural land. The countries with the largest organic farmland areas are Spain (1.97 million hectares), Italy (1.49 million hectares) and France (1.37 million hectares). In each of these three countries, the area of organic farmland increased by at least 100,000 hectares. Nine European countries report that at least 10% of their farmland is organic and the highest organic shares worldwide are in Liechtenstein (30.2%), Austria (21.3%) and Sweden (16.9%).
Organic Sector In Serbia

According to data of the Ministry of Agriculture and Environmental Protection (MAEP), and the Group for organic production that records the database on organic production, based on annual reports of authorised control organisations, organic production in the Republic of Serbia in 2015 recorded overall growth in surface in organic status, as well as in livestock numbers and numbers of producers. A surface area of 15.298 ha (including meadows and pastures) was cultivated, including areas undergoing conversion to organic status. In comparison to 2014 (9,547.8ha), the total area increased by 60.25% which is a high rise, while in five years the rise was 261.3%.

Decline In Export Of Serbian Raspberries 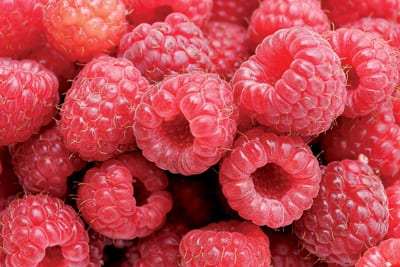 In the last few months, Serbia has been recording a constant decline in export of raspberry compared to previous years, while cold storage units in Western Serbia have huge quantities of frozen raspberry on a stock.The interest shown in Serbian raspberries abroad has been at its lowest in the last ten years – the exporters claim. They also say that the purchase price of frozen raspberry is lower than the price of fresh ones, which was in the region of around 230 dinars per kilo.Last year, this fruit was sold for upwards of 320 dinars per kilo. Exporters say that the reason for that is the fact that Poland had a record-breaking year in 2016 when it comes to raspberry yield.
Also, the drop in export sales is due to the fact that Serbian exporters mixed lower quality raspberries with top quality sorts like Vilamet and Miker which make over 90% of total raspberry production in Serbia. Buyers abroad were unhappy with this decision and some of them even returned entire contingents.In 2015, Serbia was at the very top in the world when it comes to raspberry export, with 105.000 tonnes. In 2014, the country generated €248 million from exporting this fruit.Source: Blic
Cattle Trade Remains Steady 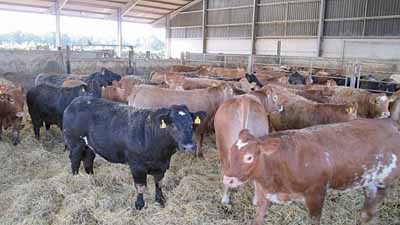 The cattle trade remains steady for the week ending April 7th on the back of steady demand with some recovery in supplies.In the UK, the trade has seen a slight uplift on the back of ease in supplies. Cattle prices from the AHDB remain stable in sterling terms and the GB R4L grade steers were averaging at 418.81 cent/kg for the week ending 1st April. In terms of heifer prices, the R3 heifer in Great Britain was making the equivalent of 411 cents/kg with the Northern Ireland price making on average 406 cents/kg.
Looking at exchange rates, €1 was making on average 85.5 pence sterling during the week.In France, the market saw some uplift on the back of stronger seasonal demand ahead of Easter. The latest R3 young bull price decreased by 1 cent and was making on average 374 cents/kg, while the O3 cow price was up 2 cents to 318 cents/kg.In Italy, a small improvement was seen in the market on the back of higher demand. The R3 young bull price was making on average 395 cents/kg, while the O3 cow price was making 262 cents/kg.Looking at global markets, beef exports from Uruguay for the first quarter of 2017 are at their highest level in 11 years and 18% ahead of exports for the corresponding period last year.
The main markets are China followed by the U.S., Israel and Russia. China is currently Argentina’s largest export market for beef. Meanwhile, the latest Rabobank quarterly beef outlook has pointed to some balance in the market with uncertainties in the short term. Import demand is anticipated to remain strongest in Asia, with China forecast to see modest growth for the full year 2017, while Japan is also expected to see growth in the short to medium term.
Facebook
Twitter
Viber
Email

State-of-the-art irrigation systems on an area of 18,000 hectares Thanks to company AQUADUCT, owners of private agricultural estates in Serbia have the opportunity to install...
Read more

Smart Plant Protection In The Age Of Pandemics

Innovative solutions have reached every farmer Belchim Crop Protection has succeeded in overcoming all the challenges of the previous period and ensuring the unhindered delivery...
Read more

Bliss Honey is a family company based in the city of Novi Sad that deals in the production of creamed honey with additional nuts,...
Read more
Cord MagazineLeaders Meeting Point