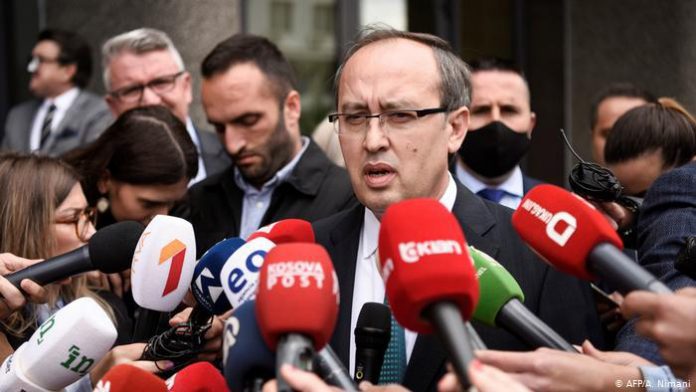 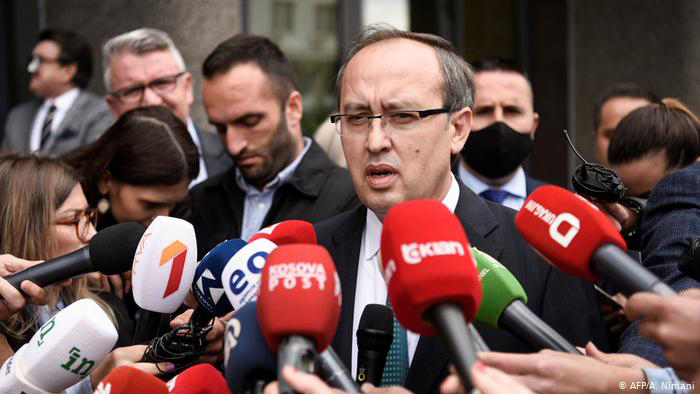 Avdullah Hoti has emerged as Kovoso’s new centre-right prime minister, promising a “final deal” with Serbia. His predecessor Albin Kurti was toppled in March and failed to force fresh elections

The vote overcame a two-month blockade by outgoing leader Albin Kurti, whose nationalist-leftist Self-Determination Movement party, or Vetevendosje party (VV), lost a confidence vote in March but a court ruled that fresh elections were not needed.

Members of VV did not attend Wednesday’s parliamentary vote.

Hoti, who President Hashim Thaci had officially proposed for the post, was opposed by 24 lawmakers in the vote, with one abstention.

The frail coalition, then no-confidence defeat

Hoti, 44, an economics professor belonging to the centre-right Democratic League of Kosovo (LDK), had been deputy premier since a snap election last October that saw Kurti and his VV head a frail coalition.

Addressing parliament, Hoti said he would strive for a “final deal” between Kosovo and Serbia, including free trade, but “without any change of borders.”

Resuming dialogue has been repeatedly sought by the European Union and the United States as crucial for any Serbian EU membership.

Russia, which is a Serbian ally, has blocked Kosovan membership of international organizations, including the United Nations.

Facilitated talks stalled in 2018 after Kosovo’s then-government set a heavy tariff on imports from Serbia which refuses to recognize Kosovo’s 2008 declaration of independence.

President of Serbia Aleksandar Vucic and Prime Minister of the Provisional Institutions of Kosovo Avdullah Hoti signed an Agreement on the normalisation of economic...
Read more
Cord MagazineLeaders Meeting Point