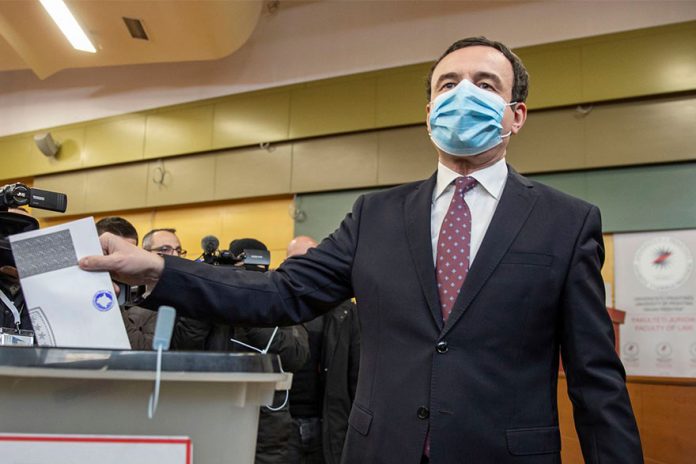 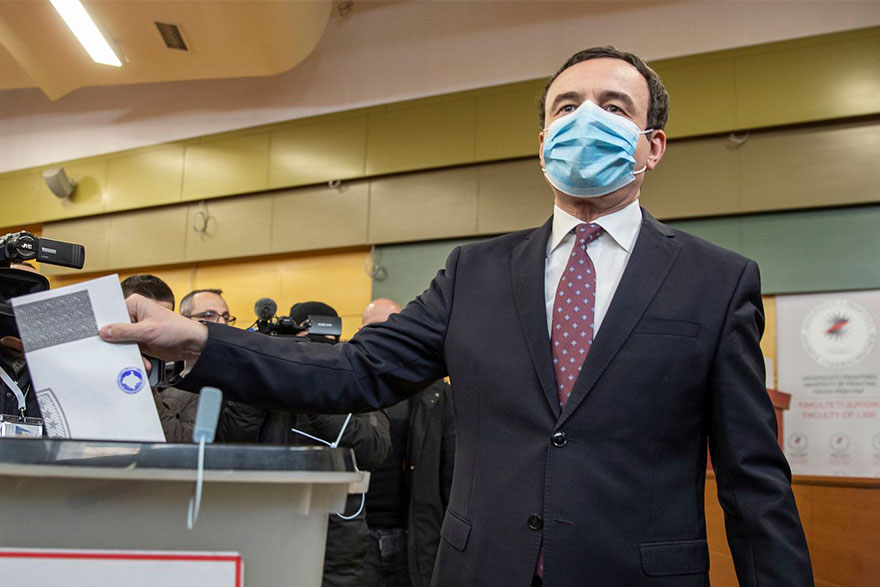 Albin Kurti and his left-leaning coalition won a victory in Kosovo’s national election on February 14 — less than a year after he was pushed out as prime minister, under heavy pressure from the Trump administration.

With 90 percent of the ballots counted, the coalition between Kurti’s Self-Determination Movement (LVV) and independent candidate Vjosa Osmani is set to win just under 48 percent of the vote, according to the Central Election Commission, the largest margin of support won in any election since NATO’s bombing campaign ended Serbian rule over Kosovo in 1999.

Kurti’s win looks set to further complicate Western efforts to broker peace between Kosovo and Serbia. His party has argued there can be no compromise with Serbia, and Kurti’s confrontational style may not be well-suited for resolving ongoing disputes in an EU-sponsored dialogue that has made little progress for years.

Tens of thousands of expats traveled from countries including Germany, Switzerland and even the United States to vote in person for Kurti’s coalition.