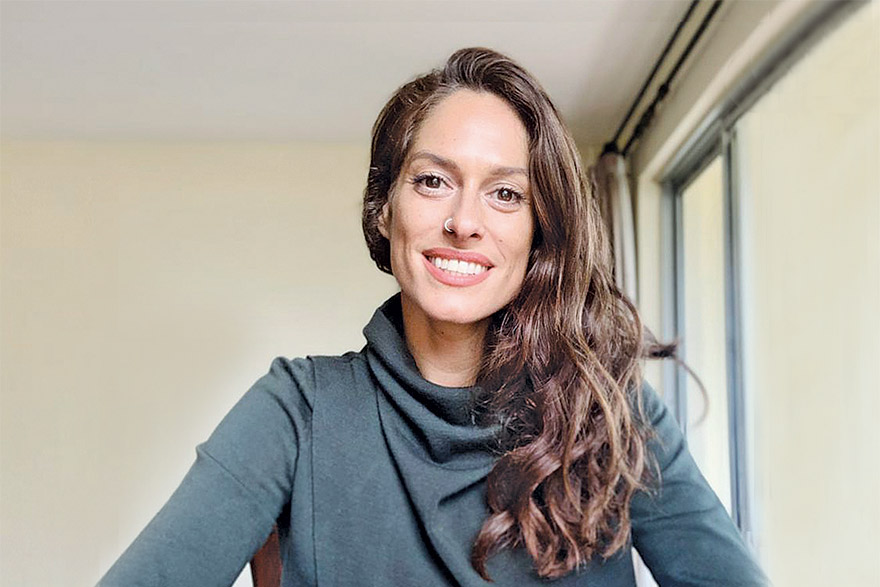 My name is Sara, while my Somali colleagues call me Dur-Dur, which means a spring; a source of clean, fast, strong water. Water is precious in Somalia and I’m flattered that my colleagues there saw me as energetic and precious, and as someone who has pure, good intentions

I do a job that’s a combination of scientific research, analysis, investigation, humanitarian work and expert consulting. My expertise is related to the countries of the Horn of Africa, primarily Somalia, and the countries of the African Great Lakes region (Burundi, Democratic Republic of the Congo, Rwanda, Tanzania, Uganda), mostly the Congo, as well as the countries that have a strong political, military, financial and geostrategic impact on them. The large and intertwined topics that I deal with include armed groups, conflicts, (in)stability and security structures, refugees, resource exploitation, terrorism, interstate relations, ethnicities and clans.

In Somalia I was tasked with researching the potential of local state and parastate military structures in the fight against the Al-Shabaab Islamist terrorist organisation. Prior to that, I’d spent two years in Eastern Congo, which is one of the world’s most unstable regions, where armed conflicts, civilian massacres, kidnappings, robberies, murders and mass rapes have been daily occurrences for three decades already. As a country that is extremely fertile and rich in gold, diamonds, copper, uranium or the much sought-after coltan – a component of all electronic devices and mobile phones – but also water, wood, gas and rubber, it is battered the most, apart from by poverty and disease, by the conflicting interests of many regional, international and local actors who realise their interests through more than 150 different armed groups. Under the framework of the five-member intelligence team of the UN peacekeeping mission, my job in Congo was to map and classify these paramilitary groups, investigate their motivations, sources of funding, accomplices, personnel, weapons and warfare methods, with the aim of protecting civilians, but also international military forces and our people.

The data and knowledge collected from the field are cross-checked, directed through a thorough methodological ‘cleansing’ and contextualised, in order to plausibly predict future developments and provide recommendations. They serve decision-makers (governments, agencies, the EU) in creating and implementing more meaningful and effective policies aimed at empowering societies and individuals, better distributing aid and supporting peace initiatives or the struggle against terrorism.

I’m currently working on capacity building for the countries of the African Great Lakes region to be able to permanently and sustainably address refugee issues in their countries. I coordinate a platform that brings together ten major international humanitarian organisations and I hope that – thanks to a detailed analysis of the situation, problems and obstacles, the mapping of capacities and examples of good practice in all five countries, as well as intensive diplomatic efforts – we will succeed in guiding their policies and directly easing the lives of millions of refugees around the region.

I also had a local nickname while I was in the Congo: muzungu, which means white woman in Swahili, as children in remote places that could only be reached by helicopter used to call me, while following me through the village as if I’d come from Mars, as they’d never seen a woman with different coloured skin before. And when I was leaving my colleagues told me that I was, perhaps, a muzungu, but that my heart was most certainly – Congolese.

And, indeed, how can someone understand what’s happening somewhere if they don’t love that country and don’t love and understand its people? In my work, I rely immensely on my local teams, on local researchers and investigators whose knowledge, experience and resilience are both my greatest inspiration and support.

Despite his great international standing, Tito lacked the might to stage a Russian-American summit in Yugoslavia. Firstly, Vučić’s invitation to Trump to visit Belgrade,...
Read more

Serbia and the EU have well advanced cooperation when it comes to migration management and asylum. Right now, it is important that Serbia further...
Read more

Can Political Changes In The Region Have An Impact On The Political Scene In Serbia?

What Happened In Zagreb Won’t Just Happen In Belgrade!

The election victories of opposition parties in the region’s capital cities suggest that the path to political change at the top of the country...
Read more

The election results in Budapest, Zagreb, North Macedonia and Montenegro are not unambiguous, nor are they all objectively progressive. Positive examples tell us that...
Read more

Not Quite There Yet

The democratic push is similar across the region, but political contexts differ. It remains to be seen whether democratic opposition parties, movements and civil...
Read more

Transition To An Unknown Destination

Around the world, even in the most developed societies, we are seeing growing tendencies towards the introduction of autocracy, while in contrast democracy is...
Read more

The left-green platform “možemo!”, headed by the new mayor of Zagreb, who recorded an almost landslide victory in the mayoral race, could have a...
Read more

From the instant I mastered the skill of reading, books became a kind of obsession of mine. And the topics and contents that interested...
Read more

Museums have always played an extremely important role in modern society, and that role is getting immense proportions under the new circumstances. Museums exist...
Read more

A new medical device and medicine that are manufactured and developed in Serbia, a new medical application that comes from Africa and is used...
Read more