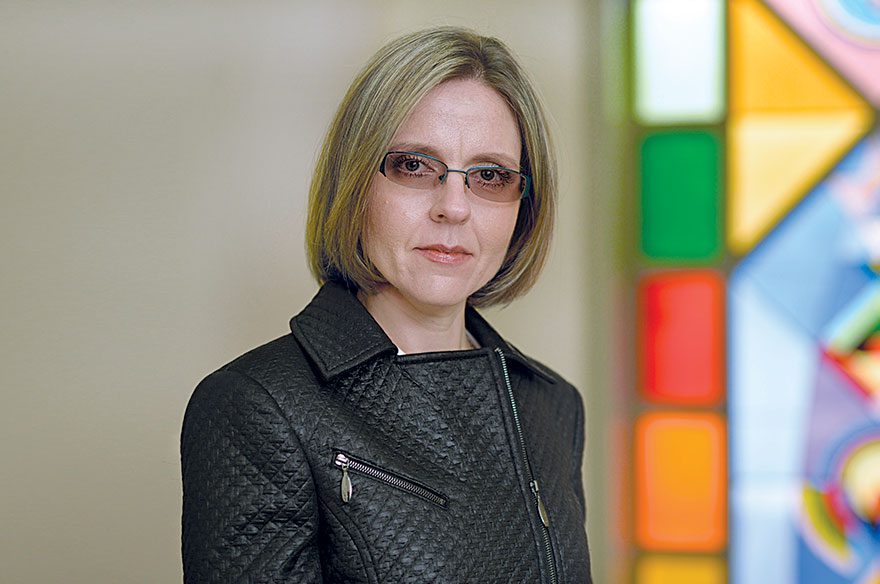 Dr. Magdalena Djordjević, Scientific Advisor at the Institute of Physics in Belgrade

QGP: Front-Line Science And Why Serbia Needs It

While it is considered that QGP existed in the early Universe, it is today created in powerful particle colliders, such as the Large Hadron Collider (LHC) in CERN near Geneva, and the Relativistic Heavy Ion Collider (RHIC) in Brookhaven National Laboratory in the U.S., where QGP was first discovered in 2005. Creating and studying QGP, thus, enables an understanding of the origins and properties of matter at the most basic level.

How did it happen that someone in Serbia is studying such basic phenomena, which was discovered only 14 years ago? I was lucky to be involved in QGP research at just the right time, during my PhD studies at Columbia University, when the first measurements started at the RHIC. This phase of my research also contributed to the discovery of QGP and received the 2007 PhD thesis award in Nuclear Physics from the American Physical Society. Following its discovery, QGP research entered an exciting phase of studying its properties. It is exactly for this, i.e. for proposing a new approach to studying QGP properties, that our group received a grant of 1.4 million euros from the European Research Council (ERC).

Through ERC grants, the EU finances the best science projects and researchers in the wider European area, with 44 countries included (even including Switzerland and Israel), so competition is very high. Thus, one may ask, why is our project important for Europe? Billions of euros are invested each year to take measurements in large particle colliders, the largest of is located in CERN. Within the scope of the project, our team develops theoretical and numerical models in order to determine QGP properties from the data, so that the huge sums invested in, for example, CERN are used much more optimally.

Without strong basic science, one cannot have a strong economy or society, neither in Serbia nor anywhere else

An obvious practical benefit for Serbia is that the project brought significant nonrefundable financing from the EU. Part of these funds is used to employ our young scientists, who would likely move abroad without these funds. Equally importantly, we have employed foreign scientists in Serbia, because no scientific institution can be successful as a closed system, i.e. international exchanges of people within science are crucial. We have also bought cutting edge computing equipment that would otherwise not be available in Serbia.

Even more importantly, the recent emphasis of Serbian science policies focuses on applied research, with immediate applicability on the product market. Our project concerns basic laws of nature, so it has no direct application to industry. Why, then, should someone in Serbia care about this research, beyond the funds that we brought to the country? Well, as you read this text, it may happen that you found the article through the World Wide Web, which was invented (for scientific purposes) by Tim Berners-Lee, a scientist working precisely at CERN.

My main message is without strong basic science, one cannot have a strong economy or society, neither in Serbia nor anywhere else.

It was two decades ago that Mark Harrison abandoned his comfort zone to become the first English Solicitor to set up an English Law...
Read more

Ingram Micro d.o.o. Belgrade, as part of the Ingram Micro group, which is the world’s largest distributor in the field of IT equipment, covers...
Read more

Ingram Micro d.o.o. Belgrade is part of a group that has offices in 45 countries and 154 distribution centres worldwide. Ingram Micro cooperates with...
Read more

This year’s DELL TECHNOLOGIES forum was held in Belgrade on 12th November under the title ‘REAL TRANSFORMATION’. Our interviewee is Miroslav Vraneš, the Account...
Read more