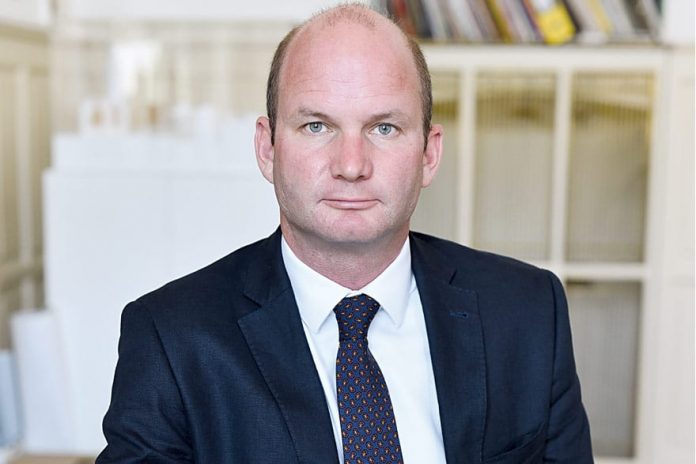 When I was appointed Director of the Austrian Cultural Forum two and a half years ago, I was thrilled to be given the opportunity – together with my team – to further strengthen and foster cultural relations between our two countries.

Not having previously had any working experience in Serbia or the region (prior to arriving in Serbia I had lived and worked in Austria, Belgium and Mexico), several things pleasantly surprised me upon my arrival: the openness and friendliness of the people, the professionalism and creativity of individuals working in the field of culture, as well as the ability to create innovative and interesting projects with limited means.

The Austrian Cultural Forum in Belgrade was founded in 2001 and has since been able to build fruitful and enduring relationships with public and private cultural institutions, as well as individuals from the Serbian culture scene. Together, we implement projects in the fields of architecture/urbanism, applied and fine arts, film, music, dance and theatre, literature and science, and thus we are building and sustaining cultural bridges between Austria and Serbia.

The Austrian Cultural Forum in Belgrade was founded in 2001 and has since been able to build fruitful and enduring relationships with public and private cultural institutions, as well as individuals from the Serbian culture scene

Belgrade, of course, is an extraordinarily vibrant and culturally rich city in which to live and work. Every day you can choose from a menu of a wide variety of cultural events. This is why, while we are still supporting a lot of events that take place in Belgrade, we are increasingly trying to branch out to smaller cities and regions that do not see a lot of artists, movies or musicians from outside of Serbia passing through. By doing this, I have had the opportunity to visit most parts of Serbia and personally see the interest that exists throughout the country in building cultural partnerships.

Apart from that, I had the chance to visit historic sites, mountains and nature reserves, and to sample the local cuisine, which is always a great experience. Besides my work at the Austrian Cultural Forum Belgrade, I also have the privilege to currently hold the presidency of the local EUNIC cluster. EUNIC’s main aim (the acronym stands for European Union National Institutes for Culture) is to build trust and understanding between the peoples of Europe and the rest of the world through culture.

Our local cluster currently has 16 members and together we are implementing several joint projects per year, such as the European Day of Languages or a conference for librarians, to take place this year on 26th September and 26th October respectively. To learn more about what EUNIC is and what our cluster is doing, I invite you to watch a short movie that was produced by the Swedish Institute in cooperation with the Swedish Embassy in Belgrade, by clicking here.

Cultural diplomacy in Serbia, as a form of international cooperation in which an open, equitable cultural exchange based on dialogue and networking leads to greater mutual understanding, has been a rich and rewarding experience so far. I am truly looking forward to the remainder of my posting, to support innovative and exciting projects and to engage with people throughout Serbia.

JOHANNES IRSCHIK was born in Vienna in 1980. After completing his studies in History, British and American studies at the University of Vienna and International Relations at the Diplomatic Academy of Vienna, he worked in science administration for several years, as the Executive Secretary of the International Association of Schools and Institutes of Administration in Brussels and as Academic Affairs Officer at the Institute of Science and Technology Austria. After joining the Austrian Federal Ministry for Europe, Integration and Foreign Affairs in 2013, he worked in several departments within the Ministry as well as at the Austrian Embassy in Mexico City before taking up his post as Director of the Austrian Cultural Forum Belgrade in November 2015.