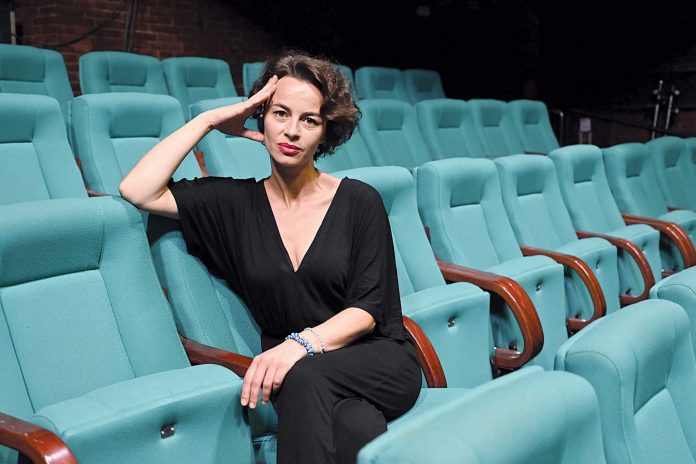 Life is an Eternal Dress Rehearsal

I often say that my life is that which flows between premieres. The theatre is such that demands the entire person… or at least their better part. Everything has long since become a theatre. Life caught the rhythm of rehearsals. Life is a dress rehearsal on the eve of a theatre premiere

I began this theatre season with the play The Dream about Milena. The play was developed in Požarevac, the birthplace of painter Milena Pavlović Barilli. She was a world-renowned painter who gained glory in New York during the war years. I revealed Milena. There will be a dichotomy; there will be a confrontation. As the daughter of renowned Italian composer, Bruno Barilli and mother Danica, a relative of the Karađorđevićs, her entire life was torn between a minimum of two traditions, two languages and two homes. As she couldn’t gain employment in Belgrade even as an art teacher, she headed out into the world in search of happiness, confirmation and the possibility to exist. She worked and lived in countless European cities. Often hungry, she experienced the fate of a young artist in the battle for market confirmation.

The war hit her in America. She struggled through hardships in a strange land. When she finally realised her dream of success, she found herself broken and died. Her heart stopped in her sleep. She fell asleep alone at the age of 36. She never again saw her mother in Požarevac or her father in Rome.

The war had broken the connections. She was left with an overwhelming desire for an unrealised dream. A shining, cosmic, angelic talent.

I am currently in the process of rehearsing for the Šabac Theatre’s play Anne Frank. The fate of that little girl leaves space for silence and fear. Her voice is one of six million silenced by the Holocaust. The song-filled, talented, fiery Anna hid in a basement for two years. She died in a concentration camp.

Anna is the most famous victim of the Holocaust. It is due to Anna’s love for the world that the world should stop… It shop stop out of shame.

And I fear the rise of all the pores of small and ever-growing hatred, which is just seemingly autistic, into the conformity of a lukewarm society. A society of small armchairs and growing hatreds.

It is very hot, summer, lively in the streets, with many children. From Milena to Anne, I wonder while I wander. Life flows between two premieres. An eternal dress rehearsal. For us to try to be good

The little girl Anne Frank sat in a basement in a shelter as if in a dungeon, doubly captured, scared and hungry.

The little girl Anne Frank wrote the craziest and most beautiful things about her love for sense, while she sat in a basement in a shelter as if in a dungeon, doubly captured, scared and hungry.

Outside raged a futile war. Caused by terrible, senseless hatred.

Where does evil start? Who activates it? How does it start when it actually does? Is it possible that it’s invisible? When does it turn yellow like a star on a sleeve as a sign of visible shame, as fear, as shame and as death?

How is such a monstrous idea born in society? How does a holocaust happen? Have we already signed a proclamation that proclaims evil? Who turned out the lights? What do us ordinary people do during that time? Do we scream in the dark in astonishment? Is all of that happening now?

Are some marked people passing us by, and we bow our head because “we can’t do anything”? How much will our ignorance cost?

Milena and Anne died in the vortex of the same war, the same hatred, a couple of months apart. Two angels. Beings of light and goodness. The wind carried them to the fringes of the history of hatred. Victims of war. At opposite ends of betrayed sense.

It is very hot, summer, lively in the streets, with many children. From Milena to Anne, I wonder while I wander. Life flows between two premieres. An eternal dress rehearsal. For us to try to be good.

We Europeans are in the Same Boat

The Finnish Presidency will maintain a focus on the enlargement policy, which we consider a strategic investment in peace, stability and prosperity in Europe....
Read more

The Treacherous Summer of 2019

Following the European Parliament (EP) elections and the start of the process of forming new EU bodies, it is obvious that the Union as...
Read more

We have, over recent years, consistently defended the view that the Western Balkans needs to be given a European, merit-based perspective. That means that...
Read more

The announced privatisation of Komercijalna Banka has again prompted the question of banking sector consolidation to emerge among experts and the general public. Contrary...
Read more

“Wolves of Wall Street” aren’t the only ones who can live an extraordinary life. In fact, there are many ways to make good money...
Read more

With a happening harbour-front and a range of beautiful waterside apartments, there has never been a better time to join the momentum of Luštica Bay
Read more

Co-organized by Embassy of Egypt in Belgrade, Conflux Centre and the Cairo Center for Conflict Resolution and Peacekeeping Within the Month of Francophonie: Webinar...
Read more