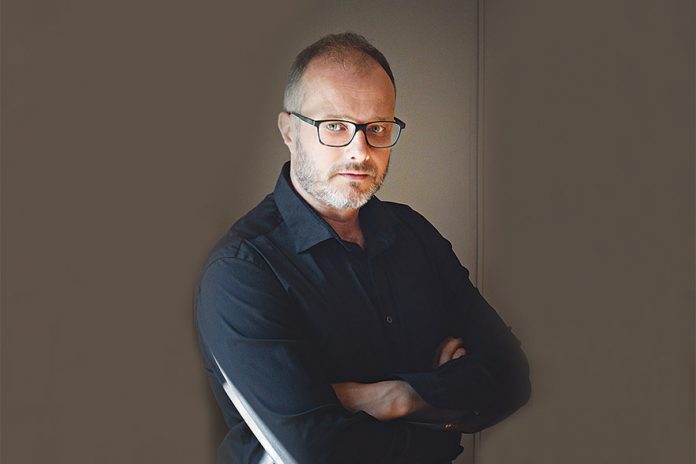 Gordan Matić, Director of the Film Centre of Serbia

We Listen to Filmmakers and Filmgoers

I was born and raised in Kragujevac. During my childhood we had three cinemas in the city. I think the first film I watched, before I even started school, was the animated film Lucky Luke. I also remember the incredible crowds before the matinee screening of the film Raiders of the Lost Ark, and to my delight I managed to buy the last two tickets for myself and my best friend. Wow, what a film!

That was definitely the most exciting experience I’d ever had in my life until then. Towards the end of primary school, with the same friend but under less dramatic circumstances, I repeatedly watched Streets of Fire, The Warriors, Star Wars, Back to the Future, An Officer And A Gentleman etc., and a retrospective of the films of Alfred Hitchcock and Fellini. Everything changed for me after that…

In this century, thanks to circumstance, I gained the opportunity to head the national fund for cinematography. The Film Centre of Serbia’s core activity is co-financing film productions. For me, the FCS is much more than that – we help authors and producers to develop and promote their films, we encourage the digitalisation of cinemas throughout Serbia, we’ve established a network of more than 20 cinemas outside Belgrade, while we also support domestic festivals and workshops. We are proud of the publishing activities of the Film Centre, and we’re still the most influential publisher when it comes to topics of audiovisual content, as evidenced by the great interest in our book The Writer’s Journey by Christopher Vogler.

Times are changing, and the viewers, cinemas and investors in cinematography are changing with them. With changes constantly occurring, making strategic plans is a great challenge, and realising them is even harder. In my strategic vision for the development of the FCS there are several very important elements that should be aligned with the expectations of all stakeholders in the industry in the coming years.

It is also very important strategically to adopt a new law on audio-visual activities and cinematography, which would be adapted to the present moment and focused on new tendencies

It is essential to transform the FCS into an audio-visual centre, in order for it to also be able to more comprehensively regulate relations in the sector of TV series and video games. We need a new and more representative location, but also new, young, skilled and educated personnel. It is also very important strategically to adopt a new law on audio-visual activities and cinematography, which would be adapted to the present moment and focused on new tendencies.

In the coming period, the Film Centre will work on intensive decentralisation, listening to audiences and creators beyond Belgrade. We will try to open new offices in Novi Sad, Niš, Novi Pazar and Kragujevac, in order for us to promote filming locations around Serbia. We want to motivate the Ministry of the Economy to raise the threshold for incentives for shooting in devastated areas from 25 to 30 per cent.

For next year we’re preparing a new “invitational competition” for awarded directors – those who’ve left a significant mark not only on our cinematography, but also on the film scene of Europe as a whole. We want to encourage deserving authors of the older generations to tell us their interesting stories again.

Serbia is among the few countries that doesn’t have a high-quality national festival that would encompass the complete annual production of films, series and minority co-productions, with a special emphasis on industry-focused activity. Establishing such a festival is one of the strategically important activities that we’re working on.

As an overture to the September negotiations between Belgrade and Priština in Washington, a qualification match for the UEFA Champions League was drawn between...
Read more

If, on the one hand, we all remember the historic meeting of Patriarch Kirill of Moscow with Pope Francis in February 2016 in Cuba,...
Read more

Rector of the University of Belgrade

We are confronted by two challenges prior to the start of the new academic year: maintaining all forms of teaching and testing of knowledge....
Read more

What should the new government’s priorities be?

More than ever before, COVID-19 brutally laid bare the results of short-sighted austerity policies in health, education and social policy. All of that should...
Read more

A Green Mask For A Safe Environment

The coronavirus crisis prevented CCS Solutions in its further development and promotion of CouchCoach, its application for basketball fans. But the result was a...
Read more