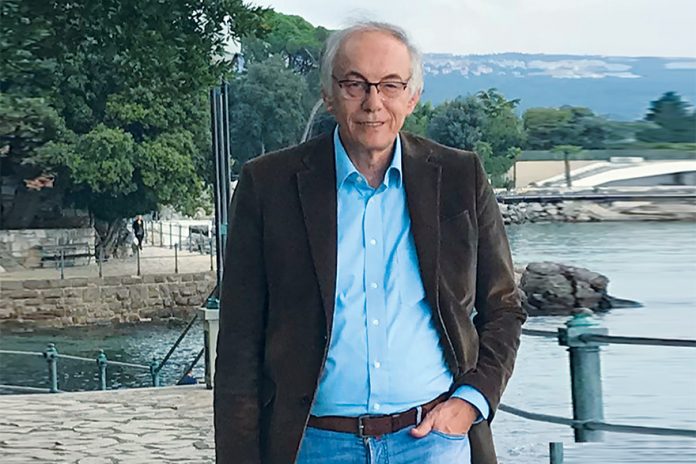 History is dangerous if not understood. The historian needs always to remind of this experience when, due to some contemporary crisis, there is increased interest in the past and simplified interpretations and light conclusions emerge in public in waves

Crises have been part of our lives for more than three decades: the breaking of an epoch on a global scale, with a particular dramatic impact on the Balkans, the collapse of the state, wars, political and economic crises, and then – almost inevitably, as though according to some legal rule – a spiritual and identity crises in which the orientation of the value system is lost. This is why spiritual and identity crises are the most dangerous to society and to the nation, because they have difficult and lasting consequences.

I was fortunate enough to spend my childhood in a small town with a long tradition of a civic spirit, in Ub, where I was born into a family of teachers.

I perceive one’s place of birth not as a destiny, but as a place where life’s paths converge, from where one can easily depart and easily return. Spiritually anxious places do not enable this. I enrolled in history studies with the sole ambition of becoming a high school professor. However, the magnificent generation of professors of history in the late 1970s and early ‘80s influenced me to nonetheless see my future in researching history. At the university we were taught critical thinking, the roles of historians in society and science, the essential need to navigate long lists of literature, how to distinguish between good and bad books, a conceptual view of history, creative reading of historical sources; we were encouraged to read literature, follow art, analyse films, regularly visit cinemas and attend lectures at Kolarac Endowment Hall.

When viewing the effect of such an orientation today, then the number of published scientific and expert papers exceeds 150, including 20 books on topics from the history of the city and the civic life of Serbia, modernisation processes, the history of elites, the history of diplomacy, World War I, the culture of Serbs in Trieste, Serbs in Dubrovnik etc. After many years spent at the Institute for the Contemporary History of Serbia, at the request of the state, I took on the responsibility of being the director of the Archives of Serbia. In this work, which I still do today, I’m aided by my research experience and personal conceptual vision of Serbian history, which – viewed from a long historical vertical – ranged from Venice and Dubrovnik to Szentendre and Timisoara, from Trieste to Thessaloniki and Holy Mount Athos and between Vienna and Constantinople.

It was in that Mediterranean-Balkan-Central European cultural circle that the identity of the Serbian people was built, with all the characteristics of those territories, social and cultural history was shaped, with cultures permeating, touched or excluded, interests colliding, and identical problems and similar fates shared. This is also about the spiritual and cultural centres of Serbs outside of Serbia, or centres of empires from which power expanded or diminished, impacting on the fate of the space in which history strongly expressed itself. And where there is history, there is an assumption that there are historical sources. Where it has manifested itself vigorously, these sources are ambiguous, but they are also more often decayed and disappeared. These facts have influenced the fact that at the Archives of Serbia we are establishing a strategic project to research documents that are relevant to the history of the Serbian people in the Venetian State Archives in Venice, the Ottoman Archives in Istanbul, the Dubrovnik Archives, archives in Moscow and London, while we are also working on protecting and arranging archival materials in Serbian Orthodox ecclesiastical municipalities in Trieste, Vienna, Dubrovnik, Szentendre etc. In addition to numerous other projects, a special project of major importance is the series of editions of collection of documents in the History of Serbian Diplomacy, of which 16 volumes have so far been published.

Why is it important that we know as much as possible about the archive and everything contained within it? Because nothing builds itself, rather it always stands on something that came before, springs forth from that or represents a consequence of it. Archives are a barrier against the falsifying of history, arbitrary interpretations, politically motivated revisions. Everything in archives is arranged according to the times, but archives have a timeless dimension.

Deep Purple performed in Belgrade again this December, and it was an occasion to recall how much more relaxed the atmosphere in Serbia had...
Read more

IQOS is currently used by around 12 million consumers in the world, eight million of whom have completely left their cigarettes and made this...
Read more