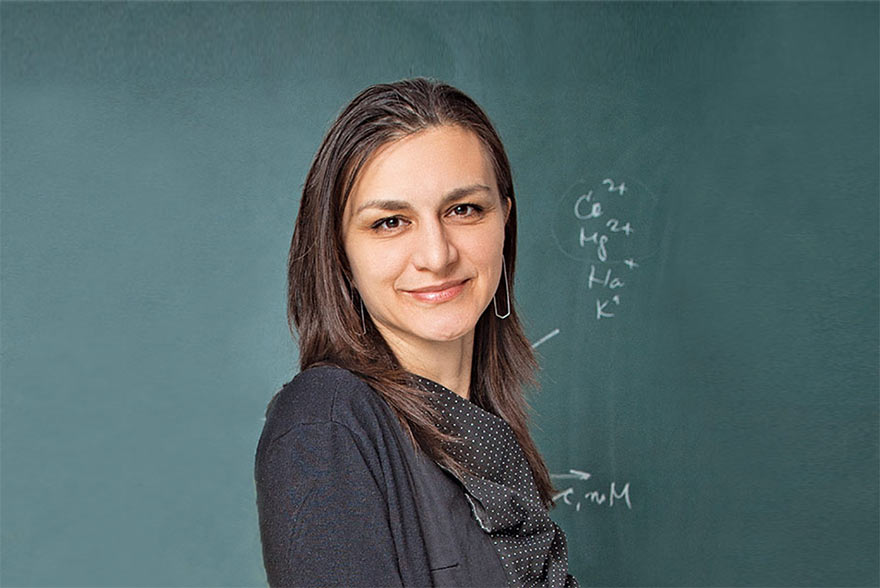 No Compromising On Personal Honour

Today I lecture at the college. When I recall my schooling, I know that it was marked by people and not the content and subjects, and it is fascinating how much the impression of how interesting a subject was changed as I changed teachers. The teacher gives his own stamp that leads some of us to love nature, others to love numbers and still others to love history. Being a teacher is a privilege thanks to which we can (to some extent) shape future generations, those people who will determine what kind of society we will leave behind when departing this world.

Witnessing the incredibly fast pace of technological progress, it is clear to us that it is knowledge that brings progress, and I certainly insist on my students acquiring knowledge.

However, knowledge alone is not enough. It is very important that during our professional life we do not reject ethics, which are too often traded today, all with the goal of achieving some “success”. I will illustrate my vision through one horror story that I tell my master’s students.

Proteins are a very important component of food, because they contain the building blocks that we will use to make our bodies. Considering the complexity of one’s own body, it is intuitively clear to every person that proteins must be complex chemical compounds. Due to their complexity, proteins are not easy to measure in food, so their content is determined indirectly, via nitrogen content…

And this opened the door to one of the saddest scams to hit the food industry in the 21st century. This scam is also known as the 2008 Chinese milk scandal. With the desire to create the illusion of high protein content in milk intended for babies, someone with sufficient knowledge and a lack of ethics came up with the idea of adding a chemical containing a lot of nitrogen to milk during production. And thus a product of falsely high quality was created, while there was a lack of an adequate risk assessment of such an intervention. The epilogue was that this falsely high quality product intended for newborn children killed six and caused permanent harm to 300,000 of them. Given that the actors in this deed are citizens of China (which has the death penalty), the question of how the man continued to live with himself after such a fraud does not arise.

The opportunities arise in life for a person to make a “compromise”, but it should be kept in mind that it is sometimes difficult to assess the ultimate impact of our actions. That’s why one doesn’t make compromises with one’s own honour

This story is disturbing, but also sobering. Sometimes in life opportunities arise for a person to make a “compromise” that won’t have a similarly dramatic outcome as the previous story, but it should be kept in mind that it is sometimes difficult to assess the ultimate impact of our actions. That’s why one doesn’t make compromises with one’s own honour. Many of my students will one day sign declarations on the quality of food and pharmaceutical products, and it is difficult for me to assess whether it is the chemistry lessons I teach or the incidental ones I provide that are more important for ensuring the quality of those signed declarations.

People are creators. Let’s stop sometimes and ask ourselves what we are creating and how that will impact the world around us. Only a rare few get the opportunity to revise their lives. Alfred Nobel received such an opportunity after reading the headlines of an uninformed French journalist, who responded to the death of the older brother of this wealthy dynamite trader by publishing the headline “Le Marchand de la mort est mort” (The Merchant of Death is Dead). With a desire to leave behind a different mark, Alfred Nobel bequeathed most of his wealth to reward the people “who brought the greatest benefit to humanity during the previous year”.

Let us try to ensure that our contribution, whether small or large, really benefits humanity, and not for the sake of some award, even such a resonant one as Nobel’s.

Today the Commissioner for Information of Public Importance and Personal Data Protection and Dean of the Faculty of Security Studies University of Belgrade, handed...
Read more

If Serbia does not recognise the independence of Kosovo (even discreetly, through a “legally binding paper”) by the end of Angela Merkel’s term as...
Read more

Serbia’s foreign policy has become a set of disparate, seemingly irreconcilable options that enable the swift implementation of alternatives, without previously prejudicing the final...
Read more

Football Takes Capitalism Out Of Bounds

Last week, Europeans showed the red card to the moguls – and their financiers – who tried to form a Super League of the...
Read more