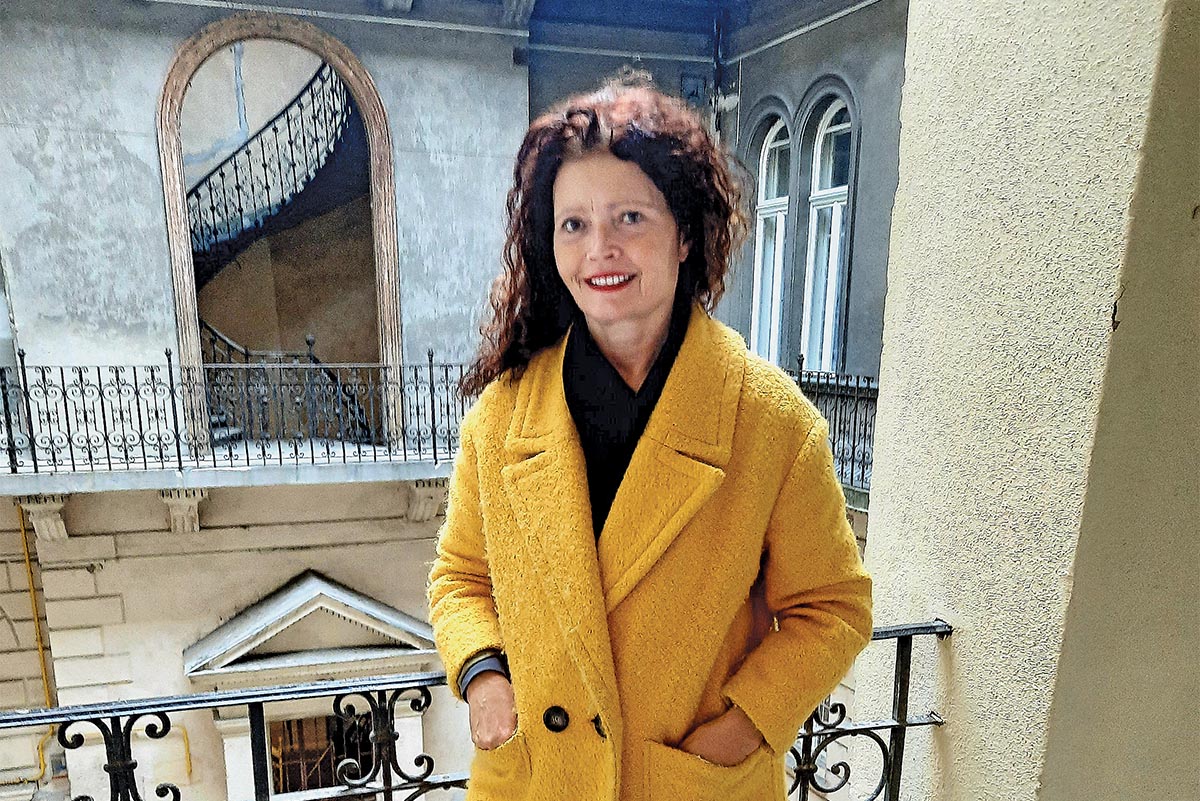 Dijana Milošević, Theatre Director, Artistic Director Of DAH Theatre And Professor Of The Institute For Artistic Dance In Belgrade

At the essence of my work at the theatre has always been a great interest in working with people. Prior to enrolling in directing studies, as the youngest student of the University of Belgrade, I enrolled in special needs education, completed my studies and worked with special needs children, with autistic children. The experience I carry with me from that work is something that formed my worldview, taught me to respect otherness and diversity, and all of that is also really essential in working in the theatre

DAH Theatre, which I founded together with director Jadranka Anđelić back in 1991, emerged out of a great desire to deal with research work, to constantly advance and to create conditions that we would dictate ourselves. It was never my desire to be compliant to the dictates of the market, because I consider that art and the theatre have the right to exist beyond those frameworks. That’s why it was essential for me to depart from institutions. The founding of DAH Theatre coincided with the outbreak of the horrific civil war in our country. Our first instinct was to pose essential questions, such as the question of the responsibility of individuals in dark times, particularly the responsibility of artists who have the power to speak publicly.

There were also questions regarding the power of art and the theatre to confront destruction and violence, about whether we have the right to create art while we’re surrounded by immense suffering, about the relationship towards history. That shaped my path as a theatre director, and throughout all these 30 years we’ve been dealing with topics that relate to our community, to our society at the contemporary juncture.

DAH Theatre doesn’t rest on its laurels, but rather constantly changes and creates new pathways, and in that sense – at least I think – we’ve discovered something that we didn’t previously know with every new play. I’m not interested in proven recipes for success, on the contrary, I’m interested in the excitement of discovery, the uncertainty of searching, risk, and when things are designated in such a way, then we look to the times ahead with joyfulness.

Our common struggle to preserve European heritage and European values, despite all those working against them in our societies, is actually a struggle for hope

I have the great pleasure of lecturing at the Institute for Artistic Dance in Belgrade, which – considering it’s the first higher education institution in the domain of dance – has contributed to spreading ideas of contemporary dance in our country. I really love my students and teaching work, and I think that, in a way, I’m repaying a debt to some great artists who were my teachers long ago.

I’m ending this year with a fantastic accolade that I received for my work, and it’s an acknowledgement that belongs to all of us who comprise the team at DAH Theatre. This is the special recognition that the international jury of the Helena Vaz da Silva Award presents to artists and cultural figures who fight for European heritage and European values through their work. I think that, now more than ever, we need to remember what European values are, and among the first of them that I would single out is the right to freedom, to freedom of thought, to freedom of speech and the right to be different.

However, there is one right that isn’t discussed very often and that’s particularly important to me – the right to hope. We are living in difficult times, in the shadow of the bloody war that’s currently being waged in Europe. Where is hope when we are confronted by tragic events that change the picture of the world as we know it?

I think that hope is present in particular in the spark of the human spirit that is evident through all the fantastic things that people have done and are doing through art and culture. Our common struggle to preserve European heritage and European values, despite all those working against them in our societies, is actually a struggle for hope. But I don’t think of hope as being something romantic. To have hope in dark times is subversive. In these times in which we live, hope has become something subversive that we have to preserve. Hope is a revolutionary act.

No Storm On The Horizon

Following the unexpected retaining of the balance of power between the Democrats and Republicans after the midterm elections marking the halfway point in the...
Read more

The wellbeing of the community must be a priority and goal for all of us, especially in the public sector. It is with this...
Read more

10 Great Women Sculptors You Should Know

Sculpture is a very impressive form of art, dating back to ancient times. Just like traditionally in painting, art history has acknowledged mainly male...
Read more

The archeological site of Mediana in Nis has reopened to visitors ten years after it was closed for site works, including new excavations, mosaic...
Read more