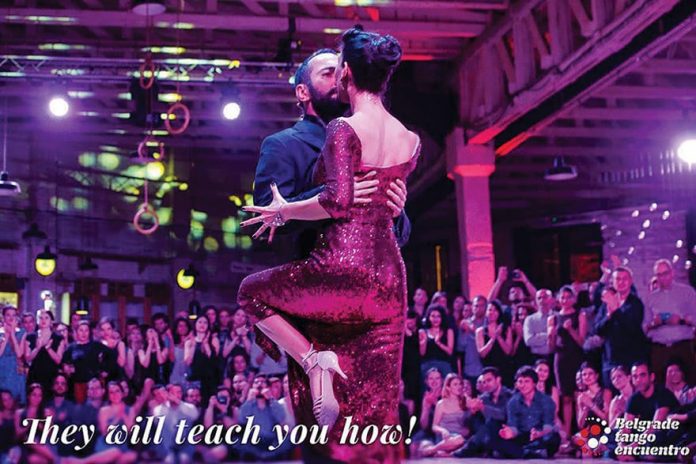 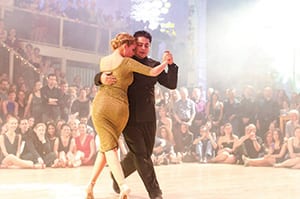 One of the biggest European tango festivals – six nights and days, best contemporary tango artists and nearly 1000 tangueros from 50 countries on the dance floor.

Each evening of BTE, there will be a new opportunity to enjoy stunning performances of the world-class tango artists. 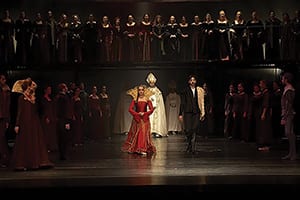 Ballet based on the novel by Alexandre Dumas, “Queen Margo”, for which Goran Bregović wrote the music, is on the Belgrade’s National Theatre repertoire on Friday, 4th May. Our

to hurry, because tickets are selling out fast. 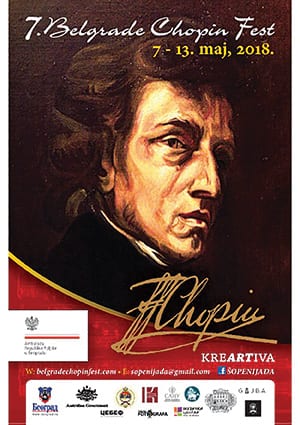 Belgrade Chopin Fest is an international cultural and educational event which popularizes classical music and presents to the public one of the greatest composers in the history of music known as the Poet of the piano – Frederic Chopin. This music festival presents work of the great composer and the influence of his music on the younger generation of composers. 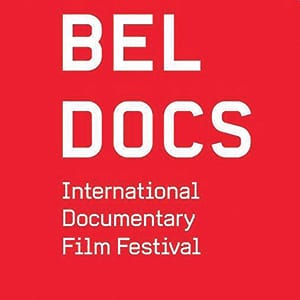 The upcoming 11th edition of the international documentary film festival BELDOCS will be officially opened on May 7 at 7.30 pm in the Grand Hall of the Sava Centre, with the premiers of two new domestic documentary films “Slatko od Ništa” and “Poslednja avantura Kaktus Bate”.  During all the years of BELDOCS, the festival organisers made a lot of effort to improve the level of festivals competitiveness and to bring domestic documentaries closer to world standards. 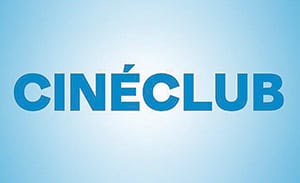 Cinéclub invites you to the French Institute this spring, with an array new films. Film gatherings are held from 6pm to 8pm, in the mediateque. Screenings are free of charge and are led by a French Institute professor, with whom guests will be able to share impressions of the film whilst also practising their language skills. 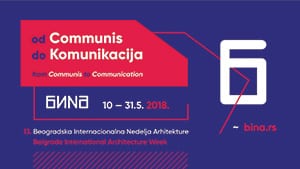 Belgrade International Architectural Week 2018 – from Communis to Communication. The theme of the 13th BINA Festival is dedicated to the communication in architecture, through architecture and to spreading of the ideas about urban space. Communis means “common, community and sharing” and communicare “to do something in common”. Architecture and architects representing the public interest, improving communities and communicativeness stimulate the development of space, social processes and cities.

11 – Serbian National Theatre, Novi Sad – 20.00
On May 11th, at the Serbian National Theater in Novi Sad, Slobodan Trkulja a multi-instrumentalist that the world music critics claim to be a national treasure, and his band Balkanopolis will hold a concert named “Balkanopolis 2.0”. The show is continued celebration of the bands 20th anniversary. The audience will enjoy the energetic atmosphere created by the Balkanopolis music.

Music beyond the boundaries of time 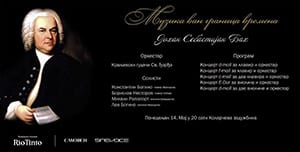 You are invited to a concert dedicated to the works of Johan Sebastian Bach, performed by the “Saint George Royal Chamber Orchestra” with soloists: Konstantin Bogino (piano), Borislav Nestorov (piano), Mihail Rapaport (violin) and Lav Bogino (violin). The concert will be held on May 14 at the Great Hall of the Ilija M. Kolarac Foundation.

Since the founding of Spanish Meter in 2008, the festival is introducing the audience with cinematography from Spain, Peru, Argentina, Venezuela and Mexico. The most current film stories coming from Belgrade and Novi Sad year after year and then to other cities in Serbia.
Bravely stepping into it’s the second decade of existence, the festival became an ‘a must’ for fans of the Hispanic culture.  This year festival brings three film programs to be held at the three different venues with an enviable film reputation Cultural Center of Belgrade, Museum of Yugoslav Cinematheque and Belgrade Youth Center. 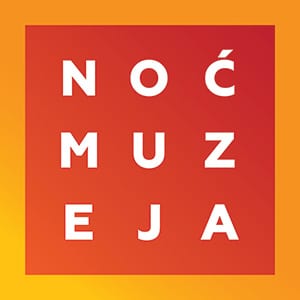 19 – various locations throughout Serbia
Fifteenth Museum Night this year will be held on Saturday 19 May in more than forty cities throughout Serbia.
Every Monday from 17:00 to one hour after midnight, museums, galleries and numerous cultural institutions will open their doors in another May evening that smells of culture, art and curious minds.
Under the program theme “Victories and Winners”, the Night of the Museum will take visitors on a journey through numerous stories that illuminate the glorious pages of Serbian history, the anniversary of the victory in World War I, and countless other successes in life, art, enlightenment, culture and science. 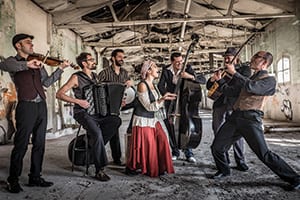 The Barcelona Gipsy Balkan Orchestra (BGKO) is an international formation which has stirred great interest in Barcelona and various other European countries through its memorable performances. BGKO interprets traditional music of the Balkans, as well as Gypsy and Jewish music of Eastern Europe, with an original approach and great passion, while constantly exploring their roots.
The BGKO’s contemporary, unique and particular sound stems from its tireless and passionate exploration of the timbers and flavours of klezmer and Romany traditions and Balkan music. Balkan music, perceived as a set of musical traditions and a multi-ethnic culture, goes beyond its geographical borders and is moreover nurtured by all those historical traditions that coexisted in this land throughout the centuries: Askenazi, Jewish and Sefardi, Gypsies, Ottomans, Arabs etc. 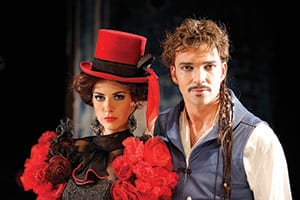 The premiere of the musical ‘Zona Zamfirova’ directed by well-known Serbian director Kokan Mladenović was premiered in November 2012. Since then, this musical has been seen by more than 43,000 viewers, and for years it has been one of the most viewed musicals. At the Sterija theatre’s festival in 2013, ‘Zona Zamfirova’ was the absolute winner with seven awards, and the same year at the Komedija Festival in Jagodina the musical won eight awards. 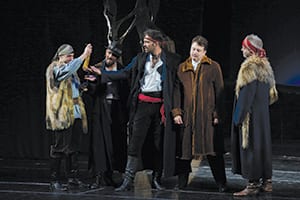 The musical ‘Cigani Lete u Nebo’ premiered in 2004, and since then, this show saw more than 200,000 people at the Terazije Theatre and numerous guest appearances.

Actors in this story of freedom and forbidden love between the horse thief and the beautiful Gypsy, actors Ivan Bosiljčić and Milena Vasić became the audience’s favourite couple.