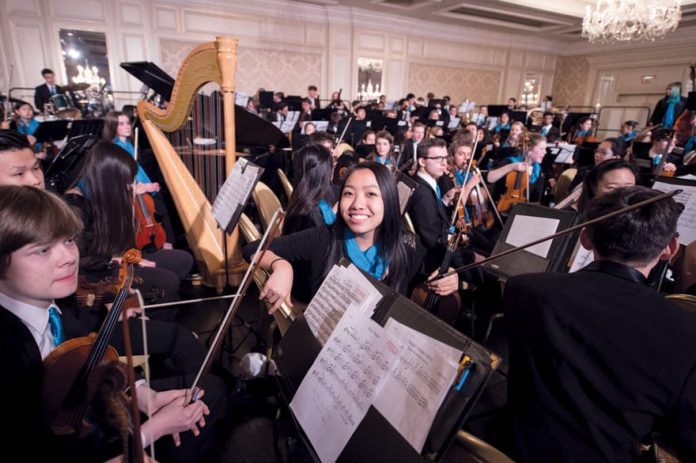 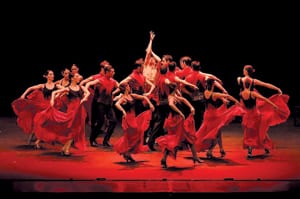 After a magnificent guest appearance in 2014, the Spanish National Ballet is preparing for a new sensational success on the stage of Belgrade’s Sava Centre.

The Ballet Nacional de España is a grandiose structure at the highest artistic level that serves to affirm the highest values of the art of ballet, as well as representing the tradition of the classical Spanish dance schools of flamenco, a style of music and dance that originated in Andalusia in the 18th century, and not only in this form of dance, but also in zarzuela and in grand escuela bolera, which adapted to the Spanish style from French and Italian dances during the 18th century.

The Ministry of Culture of Spain established this ballet company in 1978, and for the last 39 years it has also worked to popularise flamenco – a dance that UNESCO has included on its World Intangible Cultural Heritage list. Admirers of the passionate flamenco style will have the opportunity to see four breath-taking performances in one amazing spectacle. More than 40 top dancers, accompanied by dozens of musicians, will for the first time perform for the Serbian audience the Bolera to the music of Maurice Ravel, Ritmos, Soleá del mantón and Alento. 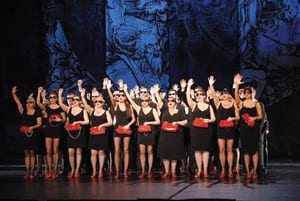 The scenic cantata and carefree anthem of the joy of life, Carmina Burana, the most popular work of Carl Orff, will be performed for the first time this season on 7th June. Directed by Sonja Vukicevic, with choreography by Leo Mujic and under the baton of conductor Mikica Jevtic, soloists include soprano Darija Olajos Cizmic, tenor Igor Kzionzik and baritone Basa Stajkic. 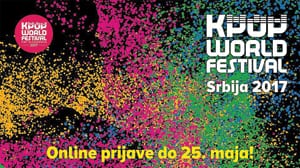 The Days of Korean Culture, organised by the Korea Embassy in Serbia, is continuing on from the series of events in May with events in June that also celebrate the culture of Korea. The TAGO performance, which is a fusion of percussion, dance and acrobatics, will take place at 8pm on 14th June in the Hall of Belgrade’s Union House (Dom Sindikata).

The TAGO Group includes younger generations of Korean musicians and combines traditional Korean instruments, from the largest to the smallest percussion instrument, with martial arts.

Percussionists perform all rhythms, from traditional to contemporary, and are joined by dancers with exciting moves and acrobatics. TAGO has already impressed many European audiences – check out why for yourself. Admission to the performance is free of charge, with tickets able to be booked via the eventim.rs website.

On 17th June, starting at 7pm, the Belgrade Youth Centre will host a contest that you can join, under the title ‘K-pop World Festival Serbia’. After last year’s excellent inaugural competition in Serbia, which provided a great atmosphere and excellent results, the doors of the K-pop World Festival are again opening in Serbia.

For further information and enquiries, please contact us at: danikoreje@gmail.com.

The 8th Belgrade Latino Marathon will take place on Belgrade’s Republic Square (Trg Republike) on Saturday 10th June, under the slogan “Go Dance Belgrade”. The Belgrade Latino Marathon will gather dance couples from Serbia and abroad, as well as presenting junior and senior representatives and dancers from Belgrade’s Latino dance schools and organisations. Visitors to this year’s event will have the opportunity to attend junior performances and a free, open Latin dance school, as well as learning about the wide variety of different types of Latin dances from professional representatives of latino dance schools based in Serbia. This will be followed by dance performances of international and local dance couples.

Belgrade’s Latino Marathon is organised annually by the Tourist Organisation of Belgrade. According to TOB, Belgrade’s Latino Marathon deserves massive credit for the fact that Belgrade is now ranked as a major Latino dance destination not only in Europe but worldwide, with more than three different Latino dance parties available in the city every day, while it has also contributed greatly to the fact that Belgrade is being visited every year by more and more foreign and domestic tourists. The 12th International Belgrade Early Music Festival, which this year celebrates the 25th anniversary of the establishing of the Studio for Early Music, which organises this festival, starts on 10th June with a Baroque Gala Concert and culminates on 25th June. Numerous concerts will include international soloists and ensembles, performance of Handel’s opera Orlando and a number of workshops with famous early music artists. Join us this year for the biggest celebration of early music in Belgrade. 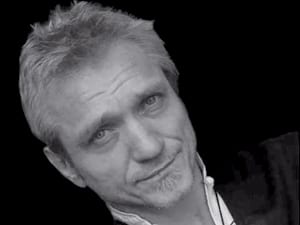 On the occasion of the 20th anniversary of the release of his first solo album, “Apocalypso”, the former frontman of influential Zagreb band Haustor, Darko Rundek has again gathered a large band for a regional tour starting on 15th June with a concert at Belgrade’s Tašmajdan Stadium. “Apocalypso” was the album with which Rundek presented himself to audiences as a solo artist for the first time in 1997. The production of this album was completed with a musical stage project that included seven accompanying musicians, an original video and lighting effects designed for large performances with thousands of spectators. The “Apocalypso” tour will present all the intimacy, beauty and grandeur of Rundek’s music and poetics, which have become part of the lives of several generations, from teenagers to those with more than half a century behind them. For this concert Rundek has brought together musicians of different generations, from excellent twenty-year-old saxophonist Ana Kovačić and the eternally youthful Igor Pavlica on trumpet, through young members of the new Zagreb scene Rok Crnić (Porto Morto) on bass, Mira Manojlović (Cul-de-Sac) on percussion and Janko Novoselić (TBF, Chui) on drums, to members of Cargo Trio Isabel and Duca Vranić.

On Friday 16th June the Laguna Readers Clubs and Delfi bookshops will host the sixteenth regional Night of Books event, sponsored by Eurobank Serbia, from 5pm to midnight.

This will provide yet another opportunity to buy global bestsellers at the best prices, as well as books by local authors, children’s books and other publications.

All discounts will also be able via the website www.delfi.rs.

And this night will also be marked by the release of new exclusive titles!

The Night of Books will be held simultaneously at 53 locations in 26 towns and cities across Serbia and the region. The regional character of this event is provided by Laguna Readers Clubs in Banja Luka, Tuzla, Sarajevo, Podgorica and Nikšić.

This event has been held in Serbia and the region since 2009. Twice a year, in June and December, Laguna Readers Clubs and Delfi bookshops are visited for a few hours by tens of thousands of readers and customers. With the interest it generates in books, attendance figures, quality and variety of titles, as well as the unusually large discounts, this event can only be compared with the Belgrade Book Fair in terms of importance. The number of visitors attending the Night of Books increases annually, while the event itself is spreading throughout the region and represents an unmissable opportunity, as the only night when titles of all genres can be purchased at incredibly low prices, with attendees able to familiarise themselves with new titles and mingle with local writers. Publishing house Laguna, which produces over 550 titles, including 350 new titles, annually, is rightly known as one of the biggest publishing houses in the country and the region. 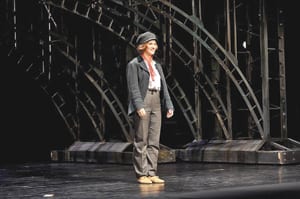 Love; Spectacle; Revolution: The new life of Victor Hugo’s classic novel Les Misérables. All this could be said for the musical Les Misérables by Alain Boublil and Claude-Michel Schönberg, which is presently being performed in 38 countries, has had over 39,000 repeat performances and been seen by an incredible 51,000,000 spectators. Visit Madleniuanum and enjoy this musical that has smashed records around the world. 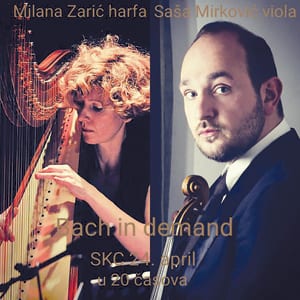 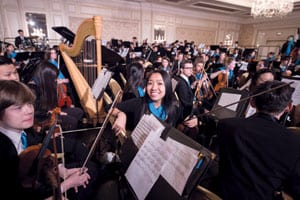 The Chicago Youth Symphony Orchestra has been providing a musical education through orchestral programmes and performance opportunities of the highest calibre since 1946. The CYSO was founded by a group of parents whose children – energised by a summer music camp – wanted to explore music closer to home throughout the school year. Over the past 70 years, the CYSO has earned local and national awards, partnered with some of the most prestigious artists and organisations, and continues the legacy of musicianship upon which the organisation was founded.

Admission is free of charge. 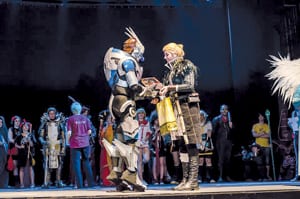 This year is quite a special one for ‘Japanizam’, as it marks its 10th anniversary! Just like last year, the convention will take place on both floors of the Belgrade Youth Centre and will last four days, from 22nd to 25th June. This year’s theme will be celebrating Japanizam’s 10th anniversary, so you can expect special panel discussions and events dedicated to a retrospective of the last 10 years of Japanizam, as well as discussions with the “old timers“ of Sakurabana, the organiser of Japanizam. There will also be numerous panel debates, workshops, lectures, film screenings, board games and video games, sales booths and exhibitions of your artwork (the best examples of which will be rewarded). Programme details will be posted on the Sakurabana website, sakurabana.rs 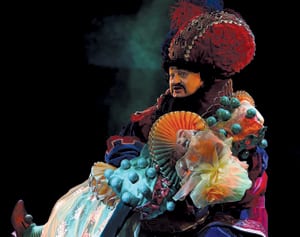 The Saint Petersburg Opera is set to appear at Madlenianum and perform in Serbia for the first time!

After the very successful performing of the operas La Traviata (premiered in 2006) and Pagliacci (premiered in 2011) at Madlenianum, directed by Yuri Alexandrov and with sets and costumes designed by Vyacheslav Okunev, we will have the opportunity to see their artistic interpretations of R. Shchedrin’s opera Not Only Love and S. Prokofiev’s Betrothal in a Monastery. These two operas performed by the St. Petersburg Opera will have their premiere performances on the stage at Madlenianum. The opera Not Only Love was created on the basis of themes from the stories of Sergei Antonov, with the libretto of added limericks. This opera is dedicated to the composer’s wife, great Russian ballerina Maya Plisetskaya. Not Only Love is a cheerful, bright work that is close to a musical in its genre. As seen by director Yuri Aleksandrov, the main focus is on love, of course. The plot of Sergei Prokofiev’s comic opera Betrothal in a Monastery is based on Richard Sheridan’s popular drama The Duenna. This show was created as a kind of joke, something like a student party where acting and reality are organically linked. The story begins as an acting class, before becoming a cheerful festive theatre play in which reality gradually begins to dominate. 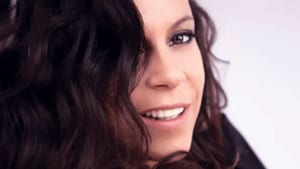 Bebel Gilberto, a multiple Grammy Award nominee, arrives with his trio at Belgrade’s most beautiful summer venue this June. The daughter of famous singer Joao Gilberto, she created her own sound, a laidback Bossa nova style, at the very start of her career in her twenties in her hometown of New York. Her synthesising of electronics with authentic Brazilian rhythms and melodies that float to the top of Bossa-coloured modern arrangements have seen her ranked among the best-selling Brazilian artists of all time.