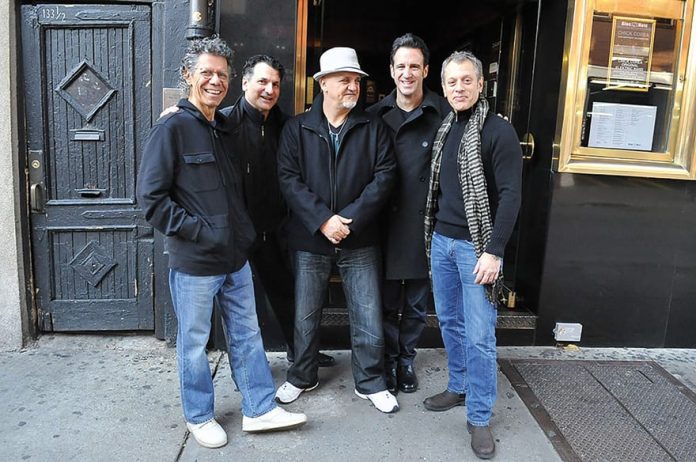 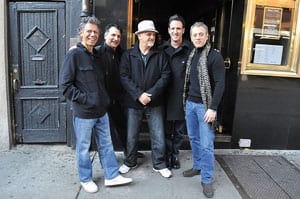 The Chick Corea Elektric Band is one of very few jazz ensembles to truly revolutionise this art form.

Their eponymous debut album came like a bolt from the blue in 1985, marrying the freight-train velocity of jazz, rock, latino and funk, with sonic inventions that still sound futuristic.

This is a classic quintet — Chick Corea on piano, Dave Weckl on drums, John Patitucci on bass, Eric Marienthal on sax and Frank Gambale on guitar — that produced an untouchable string of albums in the 1980s. The shockwave of their influence runs from hip-hop to EDM to today’s most essential jazz searchers, like Snarky Puppy.

This exclusive tour is one of the highlights of Chick’s continuing 75th Birthday celebration, with a full year of globe-spanning creative adventures, culminating in a two-month residency at New York’s Blue Note Jazz Club, where the Elektric Band will complete its tour.

EXIT is an award-winning summer music festival that is held annually at the Petrovaradin Fortress in the city of Novi Sad and is considered by many as one of the best festival venues in the world. EXIT is unique in the festival world, having started as a student movement to fight for peace and democracy in Serbia and the Balkans. Even today, EXIT has a strong social mission to help youth in the Balkans and it is run by a non-profit organisation. EXIT won the ‘Best Overseas Festival’ award at the UK Festival Awards in 2007, and was shortlisted for the category of ‘Best Major European Festival’ at European Festival Awards in 2009, 2010, 2011, 2012 and 2013, and for ‘Best Overseas Festival’ at the UK Festival Awards 2013. So far, EXIT has received huge global media attention and recognition. One such example of recognition came from the international edition of CNN, which included EXIT on the list of the world’s nine best festivals. The Guardian declared EXIT the best festival in the world in 2006, and the best tourist destination in 2008.

The artistic project “Paradise of Cars” by Igor Antić (1962, Novi Sad) and Ulrike Kessel (1962, Rottweil) emerged as a result of considerations regarding the deliberate or accidental corrections of cars in Germany.

The intention to arrive as soon as possible in the “perfect future” conceals technical shortcomings, the fixing of which sometimes yields surprising results. Antić’s video “Concert for a silent vehicle” deals with the phenomenon of artificial sounds for electric vehicles in Germany.

The problem of silent cars, the presence of which is difficult for pedestrians to detect, where faults are even silent for drivers themselves, also required the subsequent insertion of sounds into the car and a change in traffic laws. Antić investigates the effects of the obscurity of this technical error. Ulrike Kessel’s project consists of a series of automobile ceilings, which in German are called “car skies” (Autohimmel).

This artist isolates them from their original context and straightens them. She covers their interior evenly with fabrics so that they become a type of monochrome image. Colours and fabric motifs determine the new look and character of the ceiling. Antić and Kessel met in 1991 at the Institute of Higher Studies of Fine Arts in Paris and began their long-standing cooperation that continues to this day.

From the beginning, the focus of both artists was directed towards sculpture. And while Kessel continues to explore in that area, mostly working with textiles, Antić has over time increasingly dealt with the social context of the artwork. They have presented their works at exhibitions in Rottweil (1992), Solingen, Vršac (where Kessel received the Grand Prix of the youth biennial) and in Novi Sad (1994), Ratingen (1995), Paris (1995 and 1996), Velbert-Langenberg (1997), Kastel (2008) and elsewhere. The exhibition opens on 6th July at 7.30pm. 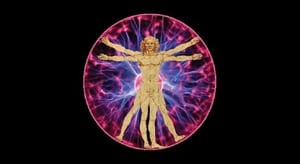 Art to Science-Science to Art

Gallery Progres and the Tesla Science Foundation USA-Serbia are organising this international exhibition of modern sculpture, paintings and installations inspired by the influence of art on science and science on art.

Science and art naturally overlap. Both are a means of investigation. Both involve ideas, theories, and hypotheses that are tested in places where mind and hand come together—the laboratory and studio. Artists are scientists, like scientists, the study— materials, people, culture, history, religion, mythology— and learn to transform information into something else.

Science growth and expansion of the art forms transforms human ideas from impossible to possible. Art and technology are one and the same. 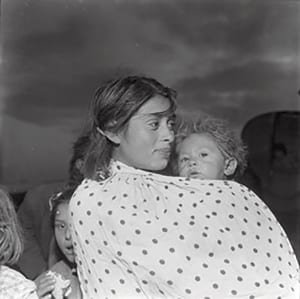 Throughout the month – Instituto Cervantes

The Roma people comprise the most important minority group in Europe, but are still largely unknown and neglected by majority communities. Their old wandering way of life, which they have led for centuries, forced them to focus primarily on their community, which also contributed to them being rejected by various societies in which they lived.

As such, their reality is still a great unknown, which again leads to the fundamental isolation of these people, who have lived on our continent for more than five hundred years. The Roma Life exhibition sets out to explain in more detail the history of the Roma people and influence the improvement of coexistence with the only pan-European minority today.

The Roma Life exhibition aims to present the unknown everyday lives of today’s Roma, with contemporary scenes of these people and their way of life. Through historical and contemporary photographs, footage, interactive elements, documents, items and avant-garde technologies, the visitor is familiarised with the history of Roma in Spain, in order to learn about their legacy and numerous influences on Spanish cultural heritage. 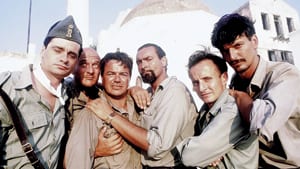 The 26th annual Belgrade Summer Festival – BELEF, under the slogan “Summer of Culture”, starts on 23rd June at 9 pm and lasts until 23rd July.

The favourite festival of Belgraders and all those who come to Belgrade, this year it also brings a lot of great contents, confirming once again that BELEF is the best version of summer in Belgrade.

Ahead of us is a month of great concerts, exhibitions, theatre plays and performances.

Apart from distinguished domestic artists, there are also numerous artists from abroad. BELEF’s guests will also include great Spanish star Alba Molina, accompanied by one of the most famous flamenco guitarists, Ricardo Moreno, world star Femi Kuti, and theatre performances from India and Egypt, as well as the World Youth Choir from Hungary.

Only at BELEF will we have an artistic performance that lasts for seven days, and one of the most intriguing contemporary pieces in Friedrich Gulda’s “Concert of Joy”, a humorous and eclectic mix of all possible music genres – classical, rock, blues and jazz – will be performed by world-renowned cellist Dragan Đorđević Suzuki, accompanied by the Orchestra of the School for Musical Talents from Ćuprija.

Plesni Nušić, forgotten artists of Dadaism or Schuman’s love story with the works of Mokranjac and “Music without Borders” are just some of the contents that make BELEF a unique festival in Belgrade and Serbia.

The majority of programmes of the 26th BELEF will be held in the garden of the Students’ Culture Centre, which is definitely the most interesting place in Belgrade this summer.

BELEF culminates on 23rd July, with the concert entitled “The Moon Is Young, and the Night Is Hot”, representing the most romantic and intimate concert of Bajaga and Instructors in their career to date. Programme: belef.rs

This July sees the return of an artist who you asked to come back – Keziah Jones. This musical revolutionary, originally from Nigeria, has created his own genre, which he calls “blufunk”, using his unusual technique of playing and mixing raw blues and sharp funk.

If you haven’t yet planned your summer holiday yet, it’s good that you now know when you need to be in Belgrade. If you have, reschedule, because this is a gig not to be missed.

The fifteenth edition of the Šabac Summer Festival will be held from 28th to 30th July at the Šabac Fortress, under the slogan OAZA (OASIS) – Oasis of positive energy, music, culture and good atmosphere.

The artists who will mark this year’s Šabac Summer Festival are: Goblini, Darko Rundek, Urban&4, Mostar Sevdah Reunion, E-Play, groups Babe, Bjesovi, Psihomodo Pop and Kal, while performing on the DJ stage will be some of the most in-demand contemporary techno/house/edm DJs: Magdalena, Funkerman, Lehar, Marcus Worgull, alongside numerous domestic techno/house names.

This year you will also hear the three winning bands of the BUNT ROK festival, the aim of which is to promote the reputation of the new domestic rock scene.

The opening of the fifteenth edition of the Šabac Summer Festival, on Friday 28th July, will also be marked by classical music, with a concert of the Children’s Philharmonic, led by conductor Ljubiša Jovanović and soloist Jovan Kolundžija, our most famous violinist, who has performed over 4,000 concerts. In addition to the classical repertoire, there will be recognisable tracks from classic films, which audiences of all generations will be able to enjoy.

The Šabac Summer Festival is a musical event that has been traditionally held at the Šabac Fortress every summer since 2003, and which brings together numerous famous pop-rock-punk bands and DJs from Serbia and the region. It has to date hosted over 150 performers, with a special commitment to affirming young bands.

The organiser of this year’s Šabac Summer Festival is Mikser House, the unique Belgrade-based creative centre, which during the five years of its existence has hosted more than a million people. In addition to a rich musical programme that will take place on two stages, guests will also have the opportunity to enjoy the art zone, gastro zone and theatre, as well as numerous accompanying activities that are being prepared. 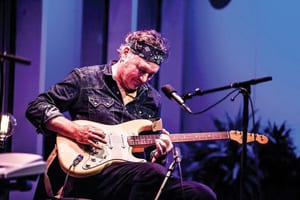 Mark Olson, founder, singer and guitarist of one of the most important alternative-country groups in history – The Jayhawks, will hold a concert at the Belgrade Youth Centre on 28th July, starting at 9 pm.

Olson, an American musician and songwriter, founded both the Jayhawks and the Original Harmony Ridge Creekdippers. Olson founded the Jayhawks in 1985, along with singer and guitarist Gary Louris. The band released the album ‘Blue Earth’ in 1987 and subsequently signed a contract with record label Def American. Olson released his solo album, “Good-bye Lizelle”, in 2014.