You’ve always been attracted by secrets of the pyramids, lives of pharaohs in ancient Egypt and fatal Cleopatra? Then you know him as well… 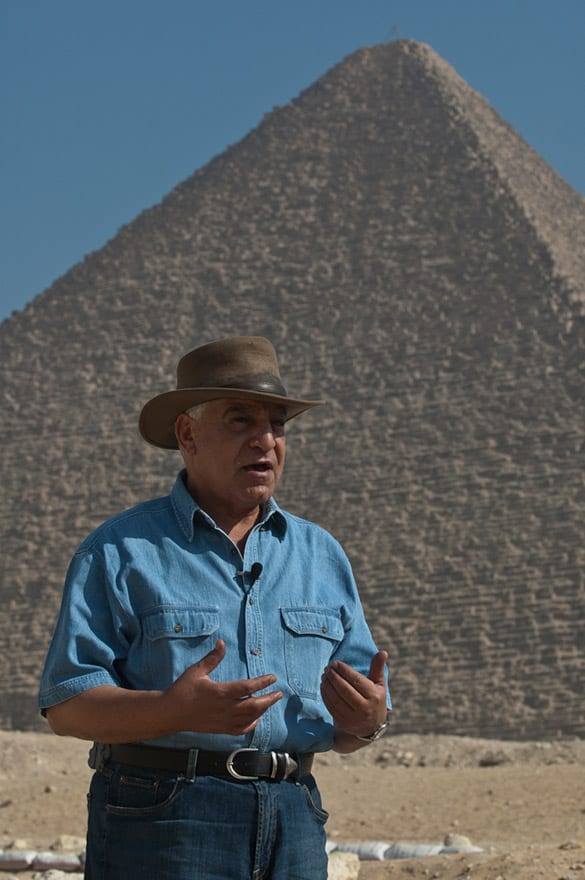 When you think of ancient Egypt, you think of him. He is also known as King Of The Pyramids, discovering secrets kept by the Egyptian sand for centuries and presenting them in the most appealing way. Thanks to him, archaeology lovers, from experts to amateurs, enjoy discoveries that mankind used to only dream about. He is the one and only Dr Zahi Hawass!

This rarely gifted archaeologist, the former Secretary-General of the Supreme Council of Antiquities in Cairo and the First Minister of Antiquities, never ceases to surprise. With his team, he is on a verge of great discoveries that he is going to represent exclusively at his lectures, on December 07-08, in the Belgrade-based.

All those who love the newly discovered spirit of the past can enjoy stories about:

“I believe that only 30 per cent of Egyptian monuments have been discovered so far, while 70 per cent are still buried under the sand. You never know what secrets the sand hides,” is the famous saying of the keeper of the keys to secrets of the ancient Egyptian civilisation, who is yet to surprise us with new discoveries.

Only on December 07 and 08, the audience in Serbia will have a privilege to listen to his lecture in person. The lecture will be held at the Madlenianum, and the tickets for both dates are almost sold out.