The Serbian government and Vinci Airports have signed the 25-year concession agreement for the operation of Belgrade Nikola Tesla Airport.

Vinci will make one-off payments of €417 million to the government and €84 million to investors in the airport operator.

The additional annual concession fee will range from €4.4 million to €15.1 million euro.

Vinci will make investments worth €732 million during concession rehabilitate and reconstruct the airport’s runways.

The agreement was signed at the Palace of Serbia by Deputy Prime Minister and Minister of Construction, Transport and Infrastructure Zorana Mihajlović, CEO of Vinci Concessions and President of Vinci Airports Nicolas Notebaert, Massimo Bruzzo of Vinci Airports Srbija and the acting director of the Nikola Tesla Airport, Sasa Vlaisavljević.

The signing was also attended by Ambassador of France to Serbia H.E Frédéric Mondoloni. 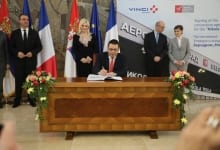 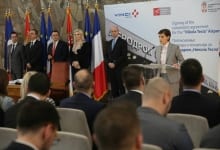 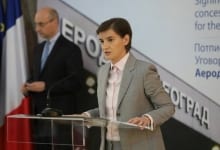