After it was published in the EU's...
Read more

With the seven new partners, USAID is now partnering with 13 local governments to improve transparency and increase public participation in decision making at the local level.

According to a nationwide survey conducted last year, corruption is one of the Serbian citizens’ main concerns. The survey revealed that 57% of citizens think that corruption is widespread in Serbia and that it has a major impact on society. “We believe that local governments have an especially important role to play in the fight against corruption because they are the closest to citizens,” said Mike de la Rosa, Director of USAID Serbia.

“Reforms focused on increased transparency and citizen involvement will help boost citizens’ confidence in government,” said Branko Ružić, Minister of State Administration and Local Self Government. “I am pleased that towns and municipalities are receiving USAID support to promote good governance.” 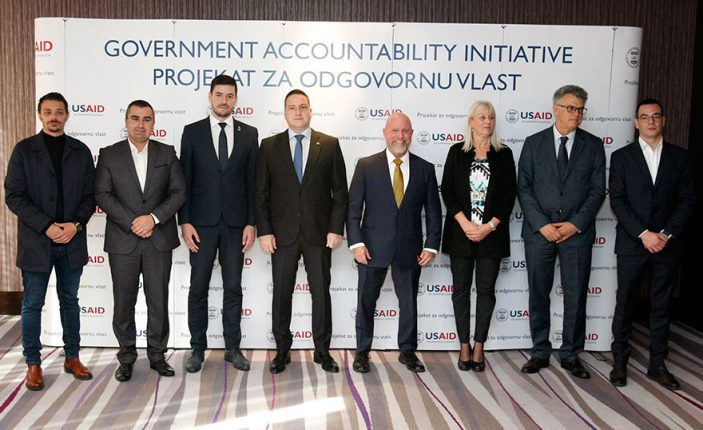 The results of these efforts are already being seen in Serbia. Since joining USAID’s Government Accountability Initiative last year, the Municipality of Sombor has organized budget hearings in 22 local communities and five high schools enabling citizens to participate in local budget planning.

The City of Vranje developed a new website with information about local government activities, citizen services and the budget that will allow citizens to actively participate in the decision-making process at the local level.

Bilateral relations between Serbia and the U.S. are cordial, but not without their downside. Those relations are today driven by complex political issues, often...
Read more

Striving To Support Serbia In Advancing Its Growth

We will continue working together with all willing Serbian partners – from government, to media, to civil society and small business – to help...
Read more

The ICT HUB's project Serbia Innovates, supported by the US Agency for International Development (USAID), announced a significant milestone in its work - the...
Read more

Today, the United States Government announced an additional $19.5 million in assistance to the Government of Serbia, as part of amendments to existing assistance...
Read more

Implementing Reforms At All Levels Of Education

By adhering to the framework established under the Education Strategy 2030, the Ministry is working – in cooperation with numerous partners – to create...
Read more