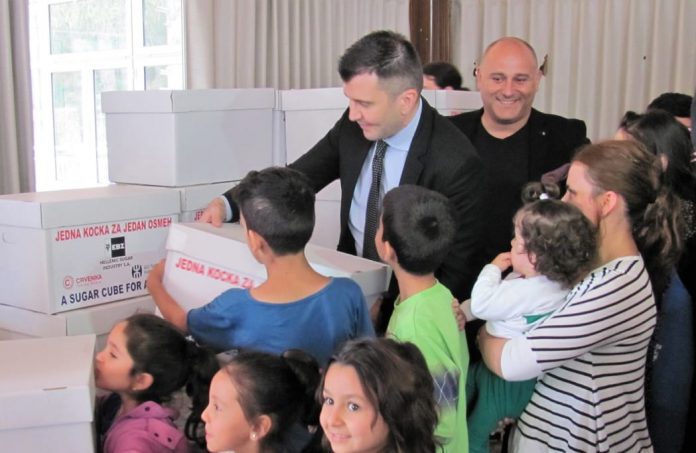 A Sugar Cube For A Smile 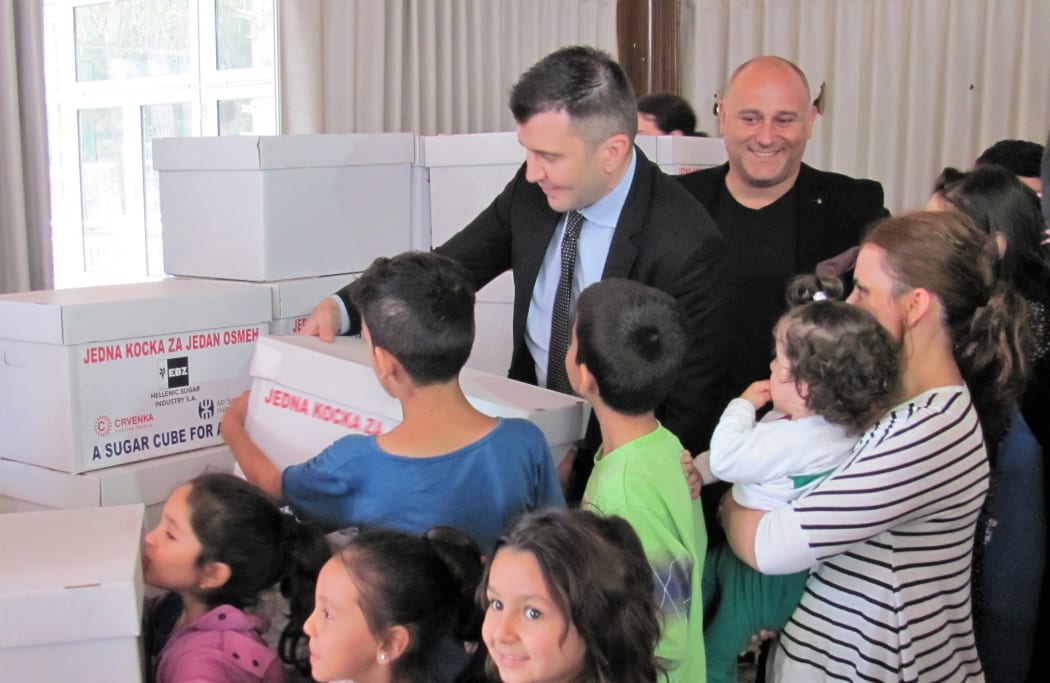 The oldest sugar factory in Crvenka celebrates the anniversary of 105 years of work and 15 years of Hellenic Sugar in Serbia. As it is said by the PR manager of the Company dr Hristos Alexopoulos, the humanitarian action “A sugar cube for a smile” contributes to the anniversaries.

“The Greek company Hellenic Sugar Serbia, which operates in two sugar factories in Crvenka and Zabalj, with great responsibility, tends to show its humanity before the 21st of September, the International Day of Migrants. Judging by the smiles of the youngest migrants it was successfully achieved. The action will continue”, says Alexopoulos.

After paying a visit to the Asylum Protection Centers in Pirot and Divljane, which is close to Bela Crkva, the minister  Djordjevic did not hide his satisfaction for the initiated humanitarian action and for the day dedicated to children. He has pointed out, as well, that the goal was achieved when he saw the little migrants smile.

“The children’s joy when they received the sweet packets, speaks for itself. It was just the right thing they needed. There is someone who cares. Serbia has the same relationship towards all migrants and wants to provide the best conditions by the time they leave the territory of Serbia”, says the minister Đorđević.

PR manager of Hellenic Sugar in Serbia, dr Hristos Alexopoulos, has expressed his gratitude to the Minister Đorđević for his support with the “A sugar cube for a smile” action. He has emphasized that the action was for those who are far away from their homes, and who have found shelter and protection in Serbia.

“The humanitarian action “A sugar cube for a smile”, aims to reach all children migrants who live in the Asylum Protection Centers in Serbia until the end of this year. The sweet packets, as a small token of concern, has made them smile”, says dr Hristos Alexopoulos, and emphasizes that the sweet packets will have been delivered to the youngest migrants in the Asylum in Dimitrovgrad by the beginning of the following week.