Thousands of protesters from across the country...
Read more

We reject allegations that our countries are...
Read more

Schneider Electric, the leader in the digital...
Read more

Thousands of protesters from across the country — including some of the biggest names in the anti-vaccination movement — descended on...
Read more
13 October 2021
Facebook
Twitter
Email

Minister of Foreign Affairs of Serbia, Nikola Selaković, said today that the two-day commemorative meeting marking the 60th anniversary of the first conference of the Non-Aligned Movement showed not only that the movement has not become obsolete, but that it appears fresher and younger than it was 20 or 25 years ago.

At the joint press conference with his Azerbaijani colleague Jeyhun Bayramov that was held after the meeting, Minister Selaković pointed out that very strong energy of freedom-loving peoples and countries could be felt at the conference in the previous two days.

According to Minister Selaković, he is especially pleased with the fact that messages of peace, solidarity and desire for joint engagement in building the world based on tolerance and mutual respect were heard from Belgrade this time as well.

“In the previous days, we heard some bitter statements from other parts of the world that are not represented in the NAM that the Movement has become obsolete. Unusually strong energy was felt during the conference, the energy of freedom-loving peoples and states, committed to the values of the UN Charter, the principles defined in Bandung and further defined in Belgrade, who want to live in an orderly world, where their voice is equally valued as the voice of all others”, stated Minister Selaković.

“The movement has not become obsolete, but is fresher and younger today than it was 20 or 25 years ago. Thank you from the bottom of my heart for coming to the conference and for showing respect for Serbia and Azerbaijan”, Selaković said.

Minister Selaković also expressed great satisfaction with the fact that Serbia was given the honour of being the co-organizer of the gathering, even though it has an observer status within the NAM, and said that he was proud of how we managed to organize such an exceptional and very successful event, despite the coronavirus pandemic.

Selaković especially thanked the friendly Republic of Azerbaijan, President Ilham Aliyev and his esteemed colleague, the Minister of Foreign Affairs of Azerbaijan, Jeyhun Bayramov, of whom he said is a great friend of Serbia.

“It is a special pleasure that, despite some pessimistic expectations, we managed to gather a total of 120 delegations in Belgrade in the previous two days. After the UN General Assembly, we can say that this was one of the largest multilateral gatherings this year”, said Minister Selaković.

The head of Serbian diplomacy emphasized that such a response of NAM members, observers and guests testifies to the respect that the movement enjoys.

The presence of 120 delegations at the gathering in Belgrade, says Selaković, is a proof of respect for the gathering, but also a testimony of commitment and respect for Serbia and Azerbaijan as co-organizers of the conference.

The head of Serbian diplomacy said that he met with numerous traditional friends and partners from the Non-Aligned Movement on the sidelines of the conference, all with the aim of deepening cooperation.

Minister Selaković thanked the presidents of Serbia and Azerbaijan, Aleksandar Vučić and Ilham Aliyev, for their support, as they supported the organization of this great event without any hesitation.

According to him, more than 6,500 people participated in the organization of the meeting, and the event was covered by more than 300 representatives of the media.

Minister Selaković also reminded of the founders of the NAM, stated that Josip Broz Tito was a political genius of the 20th century and thanked the descendants of some of the founders for attending the conference and making it even more successful.

“Our joint efforts have given a special result and we can be satisfied with what has happened here in the past two days. The delegations commended Azerbaijan and Serbia for the initiative to organize such an important event”, Bayramov said. 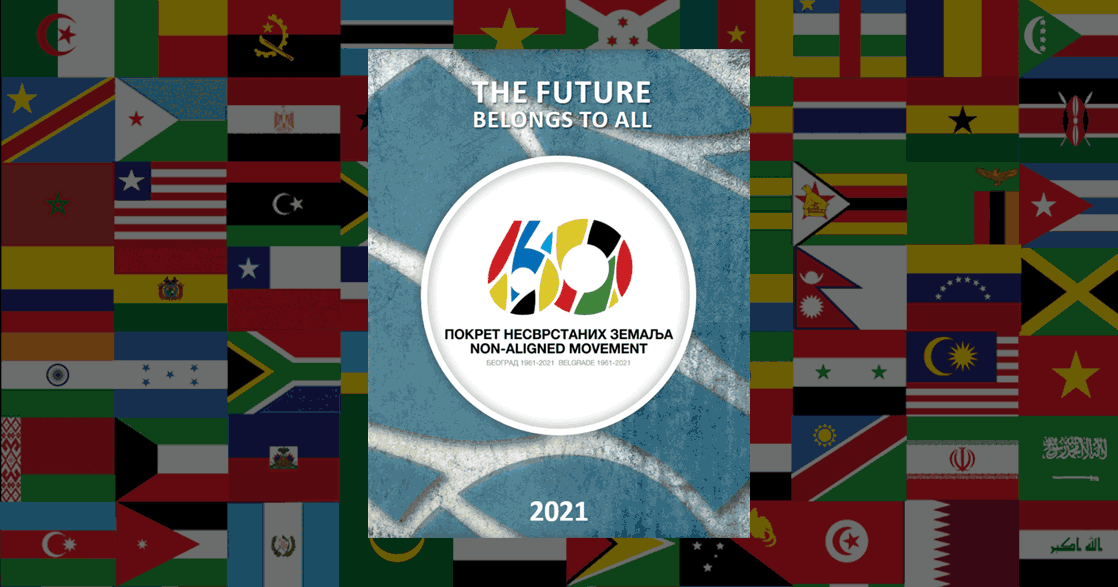 The Azerbaijani Minister referred to the statements by the participants in the gathering, who reminded of the original values of the NAM and confirmed the importance of multilateralism, international cooperation and solidarity in the world.

The European Investment Bank (EIB) has signed a cooperation agreement with the City of Niš in Serbia to finance the preparation of a sustainable...
Read more

The government of the Republic of Serbia adopted a set of draft election laws: the Bill on the Election of the President of the...
Read more

According to preliminary results, voters who went to the polls on Sunday in Serbia to vote on amendments to the Constitution, expressed support to...
Read more

The Republic Electoral Commission held its second extraordinary press conference on 17 January 2022 at noon to announce the provisional results of the republic...
Read more

The Matching Grants Program is designed for enterprises looking for significant financial resources for the commercialization of research and development. The Program has the...
Read more