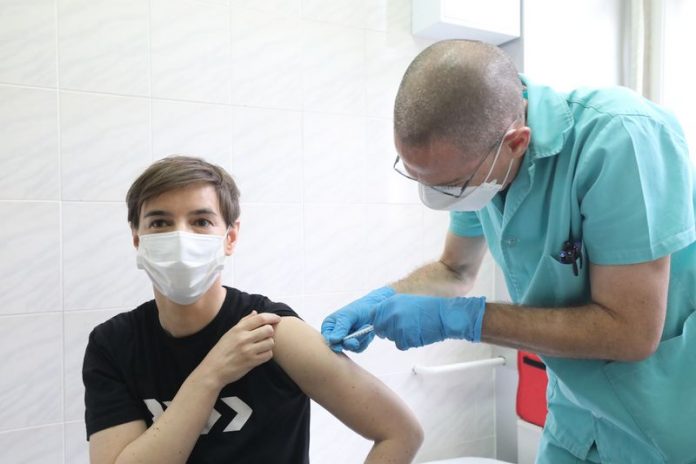 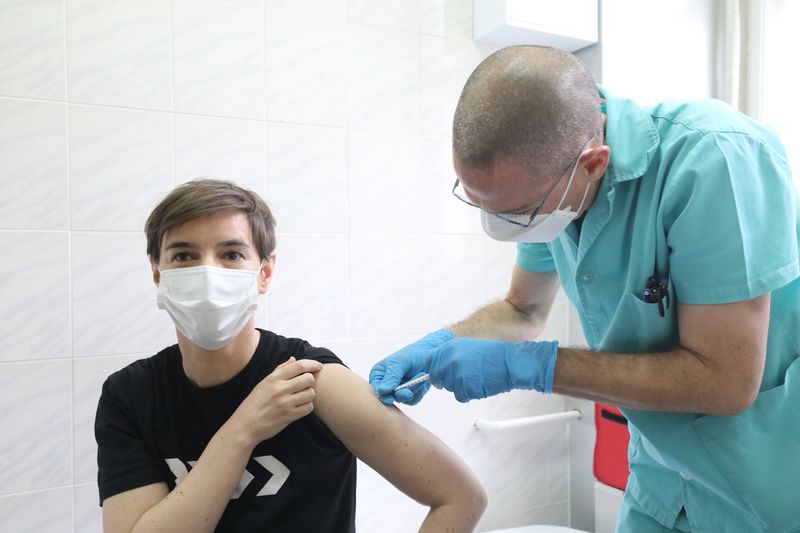 Exactly 293 days after the first case of COVID-19 was recorded in Serbia, vaccination against the coronavirus, which has so far claimed more than 1.7 million lives worldwide, has begun.

Today, the Prime Minister of Serbia Ana Brnabić, and the Minister of Labor and Social Affairs Darija Kisić Tepavčević, received the first doses of vaccines at the Torlak Institute.

Government officials said they wanted to set an example to encourage the population and show that the vaccine is safe.

“As Prime Minister and as someone who leads the COVID-19 Crisis Response Team, I felt obliged to be the first to receive the vaccine, to show that we believe in it, as well as in our institutions”, said Ana Brnabić.

At the moment we have the Pfizer-BioNTech vaccine, and the vaccines from the Chinese Sinopharm are expected in the near future, as well as certain quantities of the Russian vaccine Sputnik V.

Brnabic, who is the first European Prime Minister to receive the vaccine, pointed out that this day marks the beginning of the end of the coronavirus pandemic in Serbia, but also in Europe and the world.

Although the President of Serbia, Aleksandar Vučić, previously announced that a million doses would arrive in Serbia at the end of December, 5,000 doses of Pfizer-BioNTech vaccine, which is already in use in the United States and Britain.

Meanwhile, European Union countries plan to roll out the vaccine on 27 December.

According to the vaccination plan, the vaccine should first be given to people older than 70 in nursing homes. After the officials and people in the nursing homes, in 15 days, it is the turn of the health workers.

Mass vaccination could start in April next year, announced the Minister of Health, Zlatibor Lončar. Vaccination in Serbia will be voluntary and free, officials said on several occasions.

European Commission adopted a package of €70 million under the Instrument for Pre-Accession (IPA II) to help fund the access of Western Balkans partners...
Read more

More and more Japanese investors are coming to Serbia, Serbian President Aleksandar Vucic said on Wednesday after a discussion with the management of Japan...
Read more
Cord MagazineLeaders Meeting Point