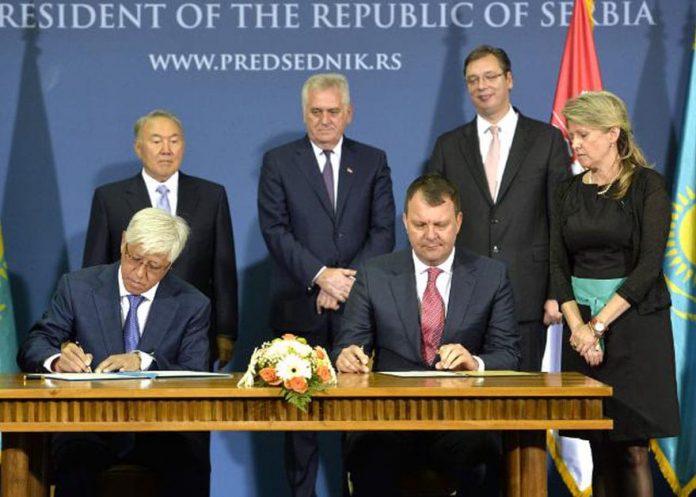 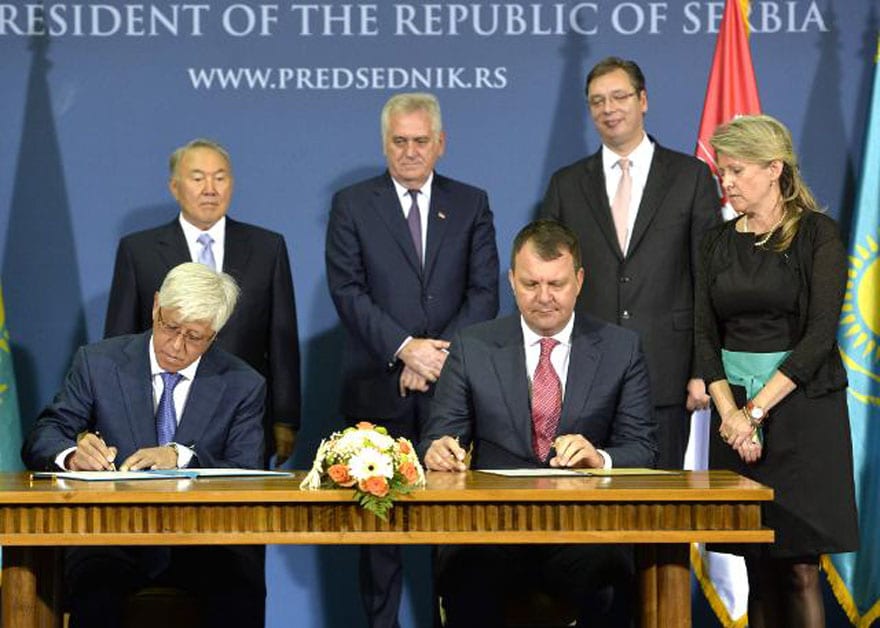 Serbia and Kazakhstan on Wednesday signed five bilateral agreements aimed at enhancing their cooperation and facilitating trade in goods and services.

The two presidents also signed a joint statement aimed at strengthening their countries’ cooperation in international organizations and deepening the traditional friendship.

Agreements on mutual assistance in criminal matters, transfers of convicted persons and extraditions were signed.

Also signed were agreements on cooperation between Serbia’s autonomous province of Vojvodina and the administration of Kazakhstan’s Almaty Region as well as on Serbia’s participation in the International EXPO 2017 in Astana.

On 24 June a presentation of the "Friends of Kazakhstan Club" was held in the building of the Embassy of the Republic of Kazakhstan...
Read more

The Serbian President Aleksandar Vučić announced that the state will invest significant funds into Air Serbia, which he noted has been hit hard by...
Read more
Cord MagazineLeaders Meeting Point