Improvement of food quality and safety in Serbia

The EU wants to increase its solar...
Read more

A quarter of Britons have resorted to...
Read more

Boris Johnson will receive no further fines for breaches of lockdown rules, Downing Street said Thursday. It came after the...
Read more

Investment bank Goldman Sachs has said its senior staff will be allowed to take as much holiday as they...
Read more

UN chief Antonio Guterres has called for more investment in renewable energy and an end to the millions of...
Read more
13 February 2019
Facebook
Twitter
Email

Prime Minister Ana Brnabić announced today, after visiting the Directorate for National Reference Laboratories in Belgrade, that all milk producers will have to test their products twice a month in the National Milk Control Laboratory.

Prime Minister explained that the analysis will be free, with each producer getting guidance on what to do if there are deviations in the quality of their products from European standards.

Head of the EU Delegation to Serbia Ambassador Sem Fabrizi said that the opening of a new accredited milk testing laboratory is an important step not only in improving the safety and quality of food in Serbia but also for Serbia’s path towards EU membership. 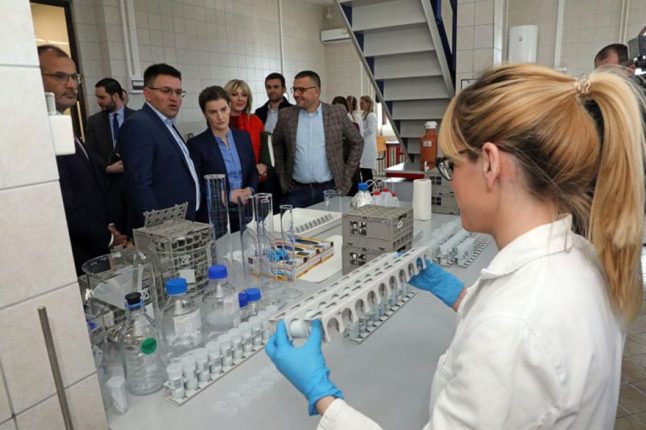 According to the Prime Minister, the fact that Serbia now has an accredited national laboratory means greater safety and better quality of food for citizens and standardisation of product quality and fair market for the producers.

Minister of Agriculture, Forestry and Water Management, Branislav Nedimović announced that Serbia will get a laboratory for food safety in May or June, while the National Milk Control Laboratory is important for determining the quality of milk and dairy products on the market.

Also, he added, the existence of national, accredited food control laboratories is important for meeting the conditions for the opening of Chapter 12, which concerns food safety.

Minister for European Integration Jadranka Joksimović said that the EU funded this project with €8 million, while the Serbian government participated with about  €3 million.