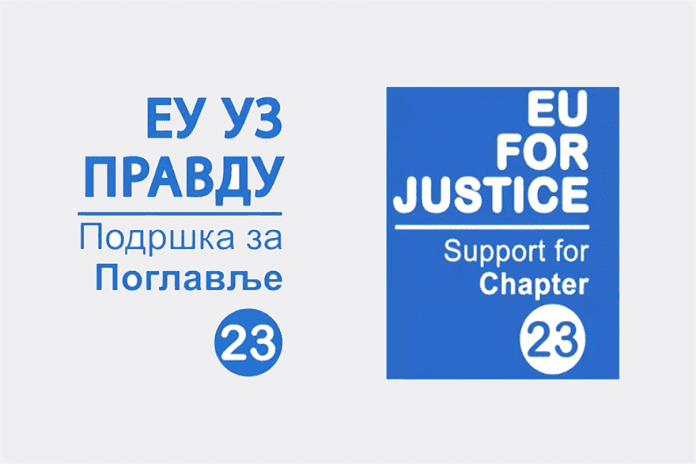 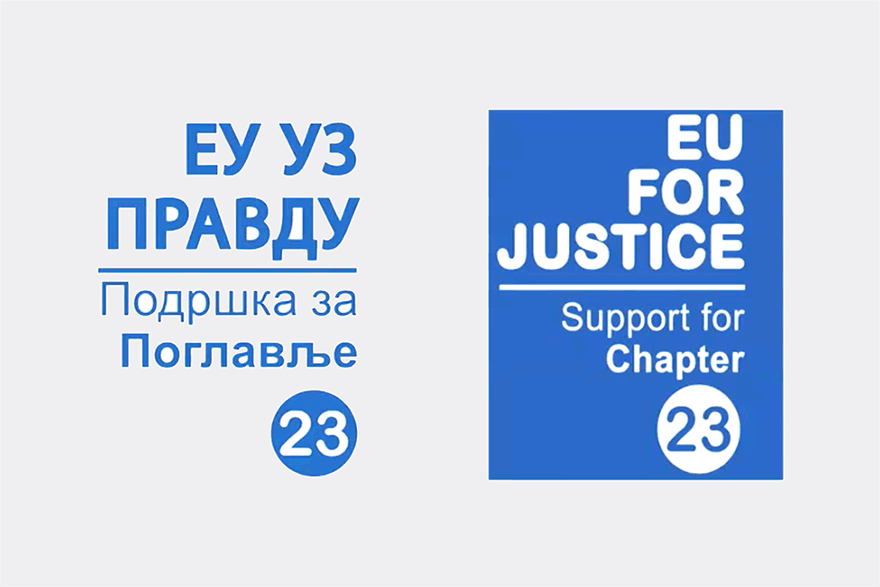 The European Union is based on a set of shared values, including fundamental rights, democracy, and the Rule of law. These are the bedrock of democratic societies. No democracy can thrive without independent courts guaranteeing the protection of fundamental rights and civil liberties, nor without an active civil society, and a free and pluralistic media.

The Rule of Law is therefore a cornerstone of the accession process.

The role of the Ministry of Justice – as the leading coordinating administration in some of the most important reforms (chapter 23) – is key to advance the implementation of the Rule of law principles in Serbia.

Minister of Justice Maja Popovic has assessed that the Phase 2 of the Project “EU with Justice – support to Chapter 23” represents a clear confirmation and firm commitment of the Minister of Justice to the implementation of priority activities contained in the revised AP23, as well as readiness and great support by the European Union Delegation in implementing the process of continuous improvement in the area of judiciary.

“This partnership engagement yields measurable results, and I hope that the project team will celebrate success in the next two years both in the field of normative interventions and in further automatisation of the work process of public office holders and the very Ministry”, concluded the Minister.

Minister Popovic noted that the Coordination mechanism for monitoring and reporting of the revised AP23 will also be supported by the project and, in this respect, she welcomed EU involvement and manifestation of the strength of authority in this project segment as well.

“By strengthening the capacity of the Ministry of Justice we help Serbia making needed progress in the rule of law area” says EU Ambassador Sem Fabrizi, who today signed with the Minister of Justice, Ms Maja Popovic, the phase 2 of the project “EU for Justice – Support to Chapter 23” in an online ceremony.

“By joining forces with the EU, Serbia makes progress on its accession path and realises reforms in the interest of Serbian citizens” concluded Fabrizi.

This project is the second phase of the EU support to the Ministry of Justice to strengthen its capacity to achieve its strategic objectives and institutional capacity, but also its day by day operational activity.

As identified in the latest Annual Report of the European Commission, Serbia has advanced in certain aspects but there is still room for improvement, particularly in the chapter 23 area.

This project will be articulated around three components:

1. strengthening the normative activity of the Ministry of Justice and alignment with the acquis in a number of key laws;

2. strengthening the capacities of the Ministry of Justice in the area of e-Justice by providing the necessary expertise for new ICT solutions; and

3. providing support to the bodies responsible for the implementation of Action Plan 23.

The total combined value of the project is 3.98 million euro in grants, of which the second phase is worth 2 million euro.

The scope of Phase One of the Project, which has been implemented from May 2018 until October 2020, has ranged from legislation drafting to the conducting of legal, institutional, procedural and cost-benefit analyses. The Project has also provided capacity development for Ministry staff and Action Plan chapter 23 focal points of line institutions, in areas such as human rights, alignment of national legislation with the Union acquis and monitoring and reporting on action plans. Awareness activities such as round-tables and high-level conferences have also been supported, together with e-justice reforms. The process of revising the AP23 has received significant support of the Project. The Phase 2 extends this project until October 2022.