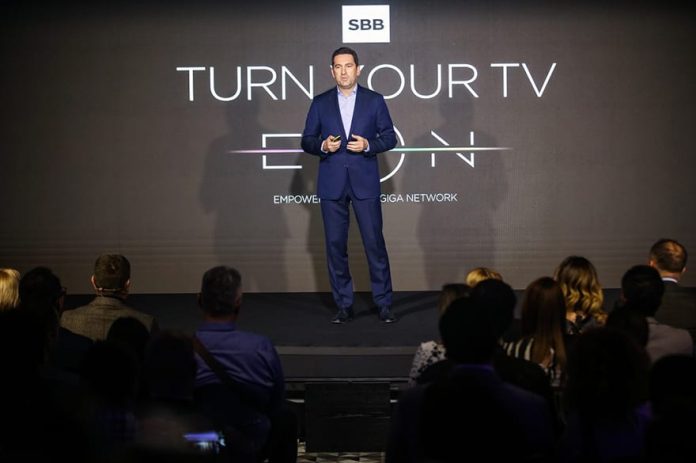 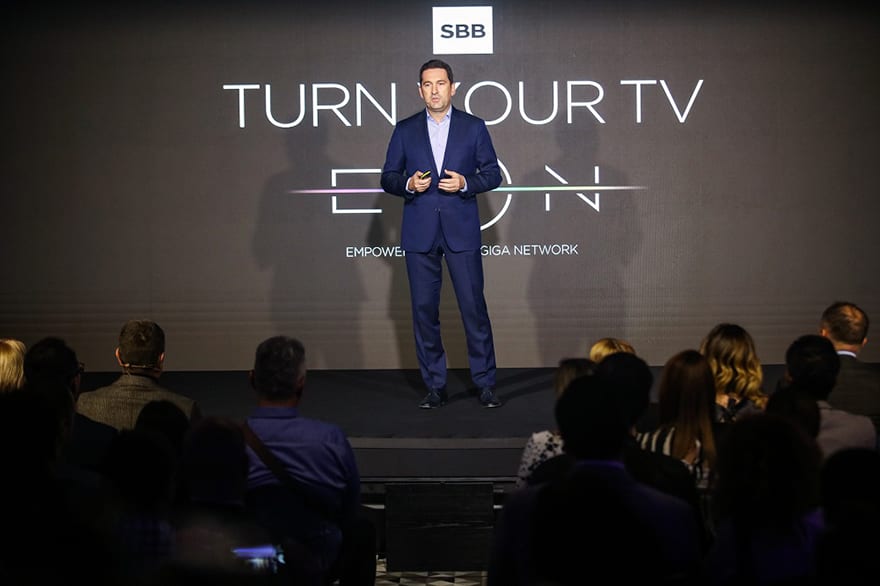 Users will be able to watch SBB channels on their TV, use all EON advanced functionality, and all Android TV services: YouTube, Google Play Music, Google Play Movies & TV, download and play games on Google Play Games as well to use thousands of other apps from Google Play Store.

“EON is the biggest technological innovation in the region that brings a whole new experience of watching television. Today, our EON platform has received a key product – EON smart boxing. EON provides the same experience on all devices, which means that TVs, computers, phones and tablets are synchronized with each other, so users can, for example, be able to start watching a movie from the Video Club on the phone and continue on the TV, “said the General Director of the SBB Aleksandar Seratlić and stressed that EON will be available to everyone in Serbia, whether on the SBB network or outside.

The EON smart box comes with a new remote control with Bluetooth and voice search, which greatly facilitates the content search. Users will be able to scroll remotely anywhere and change channels or simply by voice commands to search for content they want to watch.

“The vision of the United Group has brought into operation 70 people, mostly software engineers and technology experts from across the region. I am proud of them because we have created a product that does not have much larger companies. The team of United Cloud won the CSI Award in the category for the best TV platform and mobile service, and the remote control has won the prestigious Red Dot award for innovative design, “said Goran Obradović, United Cloud Manager.

From now on, all channels on the EON platform will have the option of 7 days of looking backwards. The video club will be even richer with more than 12,500 titles of domestic and foreign films and series and will grow constantly. After setting HD as a standard, SBB goes a step further and brings the first in the country channel in 4K resolution – SK 4K, which will be able to track the first broadcasts in October: 21.10. Formula 1 USA Grand Prix and 28.10. match La Liga Barcelona – Real Madrid. All new functionalities, a greater choice of titles and channels and even higher speeds of the Internet will be part of the new EON packages, which are available as early as October 18th.

EON, as well as future services, United Group and SBB will continue to build thanks to the regional GIGA network, the largest network of the latest generation in our region.