Czech President Milos Zeman arrived today for a two-day visit to Belgrade and was greeted at the Nikola Tesla Airport by President of the Republic of Serbia, Aleksandar Vucic.

“Relations between Serbia and the Czech Republic are at the highest level today,” President Vucic said.

Presidents Vucic and Zeman then laid wreaths at the Belgrade Defenders Memorial 1914-1918 at the New Cemetery. 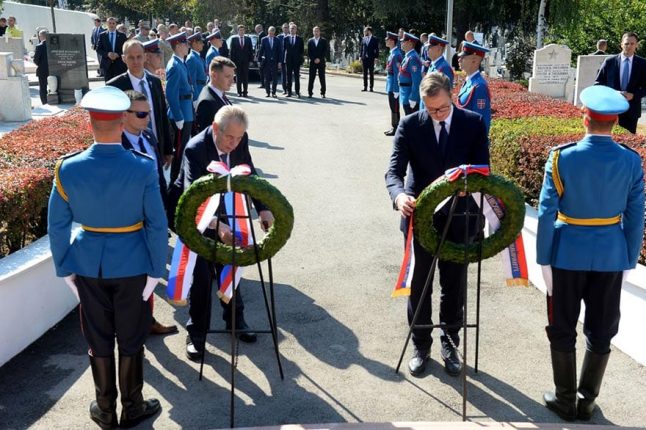 The plan calls for the two presidents to hold a tet-a-tet meeting on Wednesday, followed by a plenary meeting of the delegations of Serbia and the Czech Republic.

The signing of bilateral agreements was announced on Wednesday, as well as the opening of the Serbian-Czech Business Forum, which will be attended by Chamber of Commerce presidents Marko Čadež and Vladimir Dlouhi in addition to the two presidents.