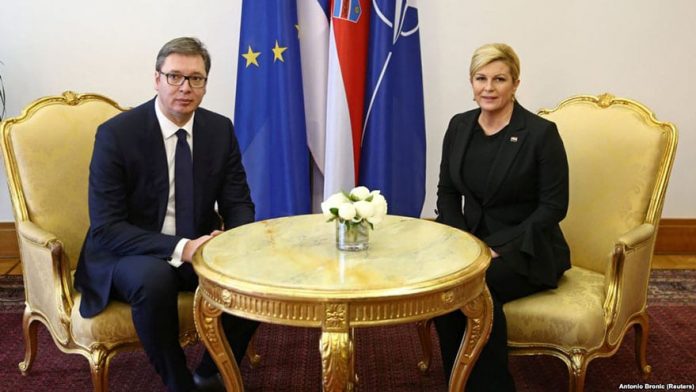 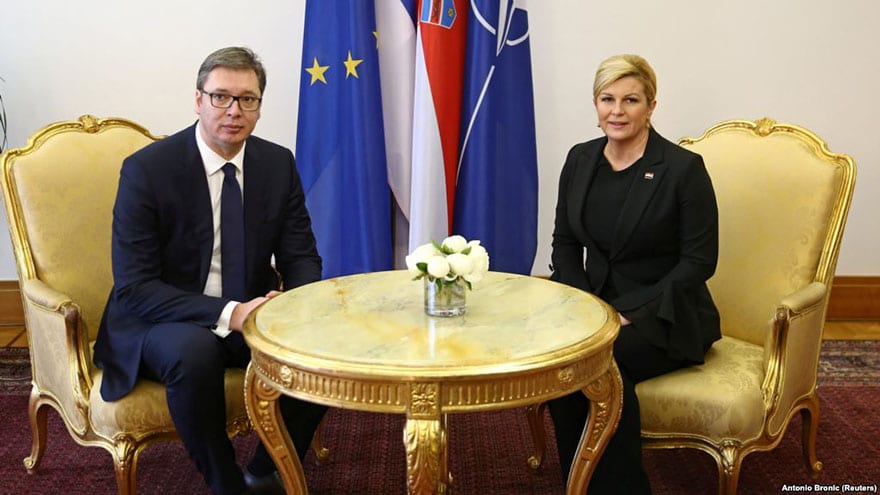 President Aleksandar Vučić is holding talks with Croatian President Kolinda Grabar Kitarović at the presidential residence in Zagreb on February 12 in the first official meeting of the Serbian and Croatian heads of state in five years.

Bilateral relations have been strained since Croatia’s declaration of independence from the former Yugoslavia in 1991, which set off a four-year conflict with rebel ethnic Serbs, who were supported militarily and politically by Belgrade.

Safety measures were increased in Zagreb ahead of Vučić’s visit. Serbian flags could be seen in the streets where the Serbian president passed.

Hundreds of people responded to a call by war veteran groups to protest against Vučić’s trip and gathered on Zagreb’s Ban Jelačić Square. Carrying Croatian flags, the protesters demanded an apology and war reparations from Serbia.

During Vučić’s trip, the sides were expected to discuss minority rights, unresolved border disputes, people still missing since the war, and cooperation in the prosecution of war crimes suspects.

The European Union says Serbia needs to establish good neighbourly relations if it wants to join the bloc. Croatia is already an EU member.

In a message on Twitter, President Grabar Kitarović wrote on January 30 that she invited her Serbian counterpart “in good faith that both sides have a desire to overcome disputes and events which have kept us hostage to the past and to move forward to enable progress for our peoples and states.”