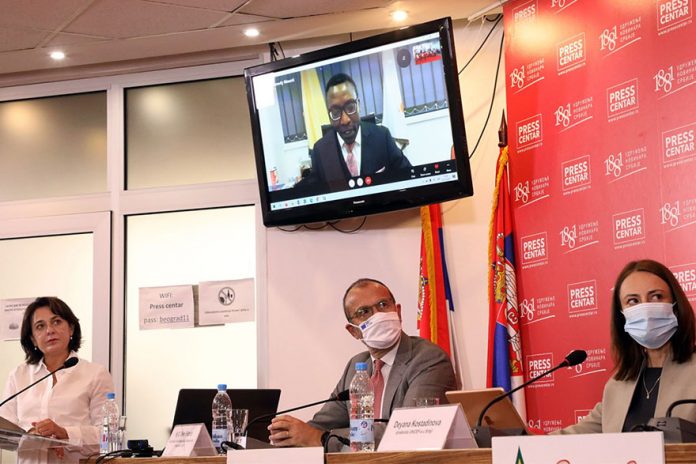 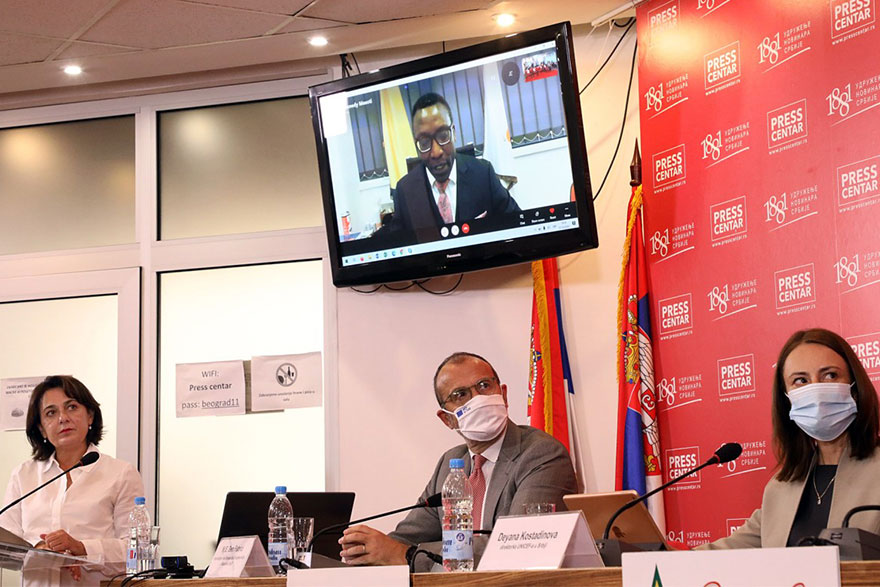 New data on the situation of women and children in Serbia show progress in key areas, including breastfeeding and preschool attendance, but also stagnation in the areas of child marriage and violent disciplining of children.

The data, released today by the Statistical Office of the Republic of Serbia, UNICEF, the United Nations Population Fund, (UNFPA) and the Delegation of the European Union to the Republic of Serbia, comes from the 2019 Multiple Indicator Cluster Surveys (MICS 6), the most comprehensive single source of data on the state of women and children in Serbia.

“Serbia has come a long way in addressing inequalities. The majority of children see their rights fulfilled. Reaching the most vulnerable and excluded children is often the most challenging part of the journey, but also the most critical one. This is why the MICS survey is so useful – it helps everyone track progress and identify trends – both positive and negative, in 5-year intervals. The government, businesses, and civil society now have a clear picture of where targeted action is needed to build on past successes and increase investments to reduce disparities,” stated Ms. Deyana Kostadinova, UNICEF Representative in Serbia.

The findings clearly show that inclusive action targeting the most excluded children and families is having a positive impact. Now is the time to build on past achievements and accelerate progress in the Decade of Action towards 2030 and the Sustainable Development Goals so to leave no child behind and allow every child to thrive.

“This survey gives useful insight on how Roma population lives in comparison with the rest of Serbia, providing an evidence-based approach to implement better policies. In particular, it will help Serbian policy makers with solid and qualitative data to indicate priorities and make decisions. The indicators used and results obtained with this research are similar to the ones used by the EU to monitor progress and direct our support for Serbia’s accession path. Accurate data, collected and analysed in line with the EU and worldwide accepted methodologies will enable comparing key areas, including woman and child protection, education, employment, housing, and gender equality, and thus allocating the necessary support in the most effective ways. The European Union is a partner of the Serbian Government in such process. With a current granting of EUR 30 million for the implementation of Roma inclusion projects, the EU is Serbia’s main donor also in the area of Roma development,” said Ambassador Sem Fabrizi, Head of the Delegation of the European Union to the Republic of Serbia.

The survey results are launched at an opportune time as the global COVID-19 pandemic has affected Serbian children, young people, and families in different ways. The data, collected prior to the pandemic, will help the Government and other stakeholders to effectively monitor the success of the recovery process in the coming years.

“There are good indicators and data in many areas, such as skilled attendance at birth which is important for all women in Serbia. However, we can see that the situation remains largely unchanged compared to 2014 in most domains related to sexual and reproductive health. Use of modern contraception methods remains low and persistent inequalities for women in rural as well as Roma settlements are still there. We need to do more to dismantle barriers, stigma and taboos around women’s health,” said John Kennedy Mosoti, UNFPA Country Director for Serbia.

Significant progress has been made in increasing immunization rates, net attendance in education, and decreasing infant and under-five mortality among children in Roma settlements. Exclusive breastfeeding rates have increased among the general population, and pre-school attendance has increased overall with particular progress among children living in rural areas. Yet, child marriage rates have stagnated, violent disciplining practices remain unacceptably high, and too many girls in Roma settlements continue to get married before age 18.

Key successes in narrowing disparity gaps
There has been some progress for children in Roma settlements.

Key achievements in ensuring a better future for children
Several areas of child well-being have seen significant progress for children in Serbia.

Key areas of stagnation
There are also areas that give rise to concern.

Only one in 5 of the poorest households has a computer or tablet at home, compared to 97% of households from the richest quintile.

Crime reporting: 40% of women aged 15-49 years in Serbia and 67% of women the same age from Roma settlements in Serbia stated that the last incident of physical violence of robbery and/or assault in the last year was reported to the police.

Functioning and Mental Health of Adolescents: Adolescents aged 15-17 years are slightly more likely to have functional difficulty in the affect domain (anxiety and depression) compared to adolescents from lower age groups.

The MICS 6 publication is available for download here,
and Statistical snapshots can be obtained on the link.

The Multiple Indicator Cluster Surveys (MICS) was developed 25 years ago. Since then, close to 330 surveys have been implemented in over 115 countries. The sixth round of MICS has about 70 surveys, making it the largest round and includes a range of low, middle and high-income countries.

MICS in Serbia is a nationally representative survey collecting data on the situation of households, women and children.

The MICS surveys in Serbia were carried out on two separate samples — the Serbia MICS on a nationally representative sample, and the Serbia Roma Settlements MICS on a sample of Roma households living in Roma settlements.

UNDP Serbia, in cooperation with UNICEF and WHO, has announced the Clean air challenge to call proposals for innovative products and technological solutions to...
Read more

Ms. Deyana Kostadinova is the new UNICEF Serbia Representative. Prior to this assignment, she was the Permanent Representative of the Republic of Bulgaria to the...
Read more