Obtaining a certificate for the production of...
Read more

Thousands of protesters from across the country...
Read more

We reject allegations that our countries are...
Read more

The Embassy of the Kingdom of Norway, in cooperation with NALED and the Ministry of State Administration and Local Self-Government, provided masks, gloves, visors and disinfectants for 620 inspectors

The donation was handed over at the ceremony attended by H.E. Jørn Gjelstad, Norwegian Ambassador with Minister Branko Ružić and is part of the support within the project “Strengthening inspection, administrative and judicial supervision over the work of inspections in the Republic of Serbia” funded by the Norwegian Embassy and implemented by NALED in cooperation with MDULS.

“After this pandemic and through our future joint activities, I am convinced that both citizens and the economy will be more aware of the importance of inspectors, who work in the interest of the whole society. We would like inspectors in Serbia to be equally respected as in Norway. They really deserve it, especially after their immense contribution in the fight against COVID-19. That is why we are supporting the planned opening of 1,200 new jobs for inspectors in the next three years. I am glad that the inspections changed their approach and have acting preventively during the state of emergency. It is clear that repressive mechanisms should be a thing of the past,” said Norwegian Ambassador Jørn Eugen Gjelstad. 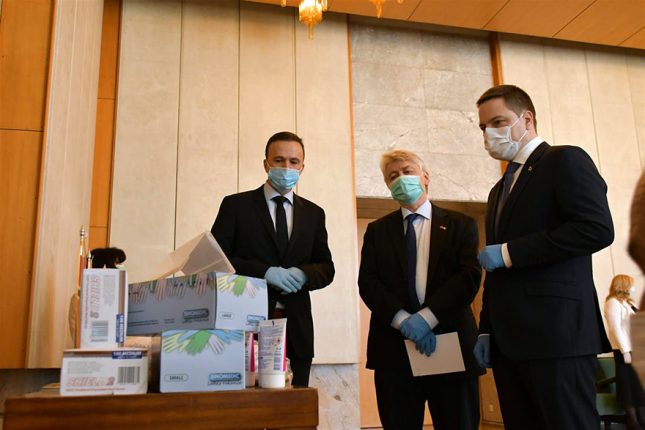 Igor Lončarević, Vice President of NALED’s Alliance for Fair Competition and a partner in KPMG, pointed out that the strengthening of trust between citizens and the economy as an important contribution of the project because inspection bodies increasingly see it as the most responsible for combating the grey economy. This is evidenced by more than 3,000 reports submitted to the Contact Center for Inspection Republics, just a month after its launch.

In the next phase of the project, the emphasis will be on the reorganization of the inspection system in order to merge inspections with the related scope of work into inspectorates, strengthen the position, professionalism and independence of inspectors, as well as improve the evaluation of inspectors’ performance. There will be continuous work on strengthening cooperation and dialogue between the economy, regulators and inspections.

The European Bank for Reconstruction and Development (EBRD) and the European Union (EU) are backing Belgrade, the capital city of Serbia, with a €16 million...
Read more

Asking Questions Is The Answer

I enrolled to study economics and management thinking that I wanted to be a manager. But I realised very early on that I had...
Read more

The EBRD stands ready to support Montenegro in its transition to a more resilient, greener and more digitalised economy. In doing so, it focuses...
Read more