The Minister of Mining and Energy Dubravka Đedović, the Minister for European Integration Tanja Miščević, the director of Elektromreža...
Read more
19 May 2017
Facebook
Twitter
Email

The Serbian Government’s coordination body for directing activities aimed at combatting the grey economy has adopted a new Action Plan for 2017 and 2018, which envisages an increase in the number of measures and the intensifying of the activities of relevant institutions aimed at reducing the volume of illicit trade, undeclared work and tax evasion.

The focus of the new Action Plan, which now contains 107 measures, will be to establish more effective supervision of flows in the grey zone, improving the functioning of the fiscal system and reduce the administrative burden on businesses and citizens. Among the new developments are measures aimed at strengthening the capacity of the tax administration.

– In order for the national programme to provide the expected results, in the years ahead we will have to devote more attention to measures in the areas of fiscal policy, reform of para-fiscal levies and improving fiscal conversions. The aim is for us to use implementation of the National Programme to carry out reforms and work on educating and changing the awareness of citizens and businesses, but also civil servants, which will encourage responsible behaviour at all levels – said Serbian Finance Minister and Chairman of the Coordination Body, Dušan Vujović, speaking at the second extended session held in the Palace of Serbia.

The success of the prize competition Take the bill and win, which generated a lot of interest and public support for resolving the problem of illegal operations, also contributed to expanding the number of measures in the part of the Action Plan dedicated to education.

– We initiated activities on the development of a series that will provide citizens with the most important information regarding the grey economy. We are also planning various means of activating the youth through quizzes and competitions on social networks and via the uzmiracun.rs website. All of this will be the prelude to a new cycle of prize competitions that that we are planning for the autumn, because the aim, in this Year of the Struggle Against the Shadow Economy, is to continuously draw attention to this problem and motivate citizens and businesses to join the efforts of the Government of Serbia – announced Serbian State Administration and Local Self-Government Minister Ana Brnabić.

When it comes to the priorities of the Action Plan in the second half of this year, Goran Pitić, Chairman of the NALED Fair Competition Alliance, noted that they will relate to the development of e-inspector software, which will unify the approach of inspection bodies, as well as the implementation of joint training for prosecutors and inspectors aimed at ensuring greater efficiency in the processing and sanctioning of grey operations.

– During 2018 work will start for the special department of the prosecutor’s office that will deal with investigations into financial crime, and its cooperation with inspectors is very important. The economy expects systemic improvement in this area, considering the modest results to date in the pace of solving cases and sanctioning perpetrators, in order to minimise the risk of illegal work – said Pitić.

The new Action Plan devotes special attention to the most vulnerable groups, young and unemployed people just getting started in business. In order to ease business start-ups and legal operations for them, a creation of incentives is envisaged, as well as a change in the system of lump-sum tax instalments.

With the aim of improving fiscal conversions and expanding coverage, the development of a new Law on Fiscalisation is envisaged, the implementation of which would start in 2018 and would introduce greater fairness to the market, reduce administrative and technical costs to the economy, and increase efficiency in the control of VAT payments.

The Coordinating Body has also results of activities aimed at combatting the shadow economy in the past year. It was concluded that the greatest contribution to a better collection of tax revenue, which was up 122 billion dinars compared to 2015, was provided by the implementation of measures of the National Programme for the Efficient Conduct of Inspection Bodies and the Tax Administration. VAT collections increased by 37.5 billion dinars (real growth of 7.8%), the excise was up 29.8 billion dinars (11.4%) and personal income tax payments increased by 8.3 billion dinars (4.5%).

During the last year, 245,392 inspection controls led to the discovery of 3,656 unregistered companies. The Labour Inspectorate found, during 53,069 oversight controls, 19,472 people working illegally, after which permanent employment was established for 90% of them. Despite these excellent results, it is estimated that additional action is necessary to address the problem of informal employment, which totalled around 570,000 workers in the last quarter of 2016, two-thirds of whom are employed in agriculture. With the aim of regulating their status, the Ministry of Labour, together with the Ministry of Agriculture, NALED and the relevant state bodies, initiated the drafting of a law on seasonal work in agriculture.

Significant results have also been achieved in strengthening fiscal discipline and culture. According to the statistics of the Tax Administration for the first quarter, during which the prize competition “Take the bill and win” was implemented, growth of 7.64% was recorded in trade using fiscal cash registers, of which the biggest jump (of 33.84%) was recorded among so-called “small” taxpayers, where the grey economy is most commonly represented.

Citizens were encouraged to more frequently report failures to issue fiscal receipts, such that the number of applications in the first quarter leapt by as much as 47.3% compared to the same quarter of 2016, particularly in March (88.55%). Likewise, tax inspectors observed four times fewer irregularities in issuing receipts during control activities and temporarily closed fewer objects (down by 7.14%).

The draft of the Action Plan was compiled by the Expert Group of the Coordination Body for Directing Activities on Combatting the Shadow Economy of the Serbian government, which comprises representatives of the cabinet of the Prime Minister and the ministries of finance, construction, public administration, commerce, industry, labour, justice and the interior, the Tax Administration, the Customs Administration, the State Secretariat for Public Policy and the NALED Fair Competition Alliance. 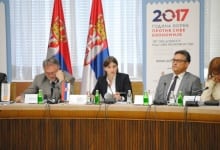 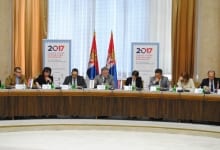 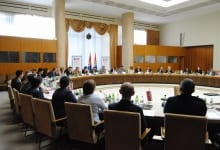