National Day Of The State Of Qatar

The Embassy of Qatar in Serbia marked the National Day with a reception at the Hyatt Hotel in Belgrade.

Qatar’s ambassador to Serbia H.E. Faris Roumi Mohammed Shaheen Al-Nuaimi said in the welcoming speech that his country is ready to have relations with Serbia at the highest level.

“Qatar supports all efforts aimed at promoting cultural and civilized openness among the peoples of the world and pays great attention to the development of bilateral relations with Serbia, by activating concluded agreements and intensifying the exchange of visits by high officials, in order to raise bilateral relations to the highest level,” said Ambassador.

He said that he is honored to celebrate the national day of his country in the same year when it is the host of the World Cup.

“The manifestation, in addition to cultural identity, economic, security and administrative capabilities, also showed Qatar’s achievements in all areas,” said Ambassador of Qatar to Serbia.

After the national anthems of the two countries, the ambassador ceremonially cut the cake with First Deputy Prime Minister and Minister of Culture Maja Gojković and Minister of Tourism and Youth Husein Memić.

During the ceremony, the guests were entertained by the traditional music of Qatar while at the entrance there was a corner dedicated to the World Cup where children in jerseys played football.

The ceremony was attended by the ambassadors of France, Japan, Albania, Russia, Iran, Afghanistan and Brazil, as well as the President of the Supreme Assembly of the Islamic Community in Serbia Muhamed Jusufspahić and a delegation from the Ministry of Defense of the Serbian Army.

Qatar celebrates its national holiday to commemorate the day in 1878 when Sheikh Yassim bin Mohammed Al Thani succeeded his father as Qatar’s ruler. 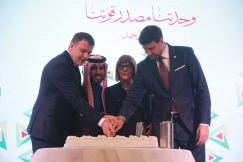 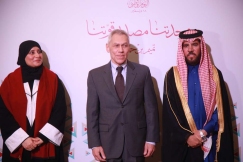 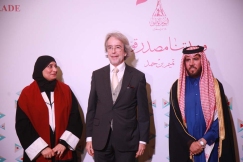 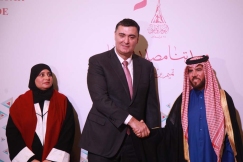 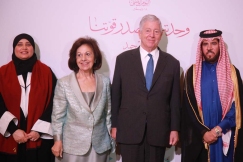 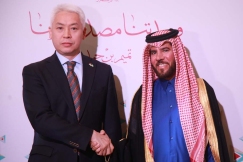 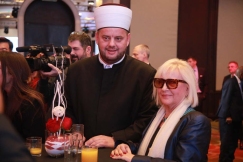 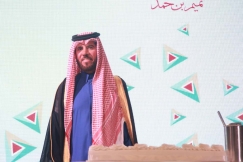 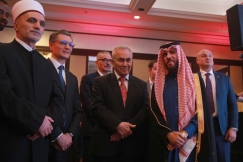 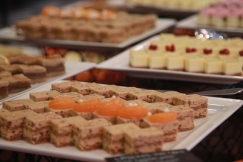 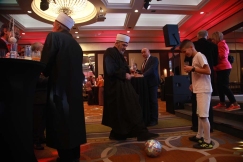 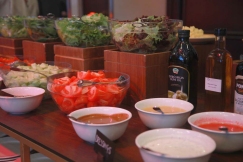 The Ambassador of Qatar in Belgrade, H.E. Faris Roumi Mohammed Shaheen Al-Nuaimi, handed the President of Serbia, Aleksandar Vučić, a letter from the Emir...
Read more

Embassy Of The State Of Qatar

At the marking of the National Day of Qatar, Ambassador of Qatar in Serbia, H.E. Sheikh Mubarak Bin Fahad Al Thani in his welcoming...
Read more

Ambassador of Qatar in Serbia, H.E. Sheikh Mubarak Bin Fahad Al Thani, hosted a reception at the Hyatt Hotel on the occasion of the...
Read more