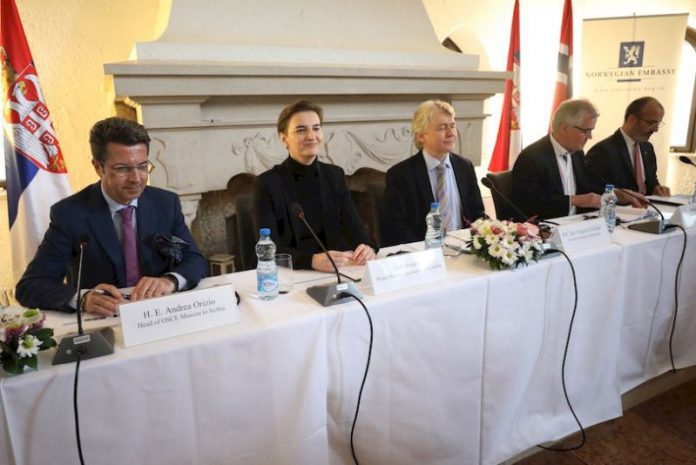 Media Strategy Action Plan to be adopted by mid-May 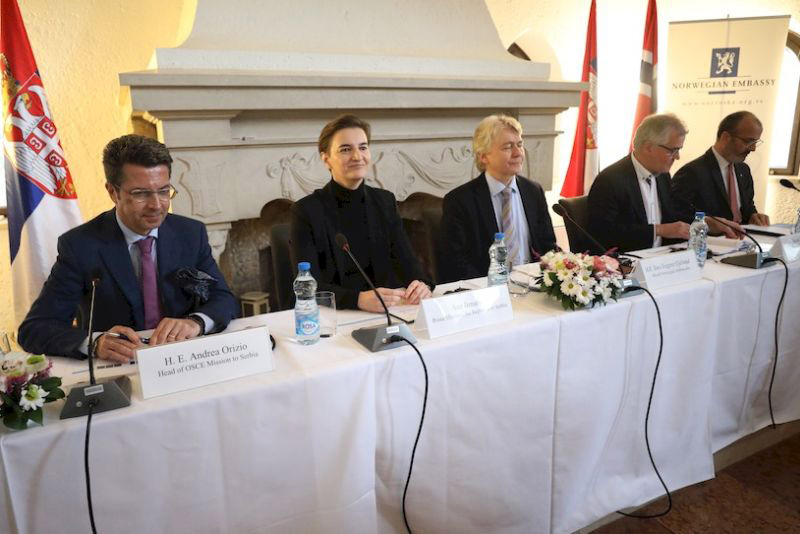 Prime Minister Ana Brnabic said at the today’s press conference that the deadline for adoption of the Media Strategy Action Plan is 16 May this year and added that the goal of this strategic document is freedom of the media and improvement of the media environment in our country.

At a debate on the role of regulatory and self-regulatory bodies in pre-election reporting, organised by the OSCE Mission and the Norwegian Embassy in Serbia, PM Brnabic said she is proud of the way the media strategy was written.

Commenting on the remarks that “it has never been worse”, she stated the fact that today there are media outlets that are critical of the government, whereas a report by the Anti-Corruption Council in 2011 stated that “there is no longer any media outlet from which citizens can receive complete and objective information”.

We can discuss the number and visibility of such media outlets, but it is a fact that they exist, Brnabic said.

The Prime Minister also pointed out that a supervisory board of the Serbian parliament for the control of the media has now been established for the first time, five new members of the Regulatory Authority for Electronic Media have been elected at three vacancies and two have been replaced, and recommendations for broadcasters have also been issued.

She made a plea for dialogue and added that the media should not only criticise, but also report objectively and that a corrective factor is certainly needed.

Referring to the fact that in January 2011 the European Parliament noted that insufficient Internet access hampers the proper informing of citizens, Brnabic underlined that today more than 60 per cent of households have good Internet access.

She added that the Serbian government has earmarked some €18 million this year for incentives to operators to introduce Internet in households.

On the occasion of the European Day for Victims of Crime marked on 22 February, the OSCE Mission to Serbia and the EU Delegation...
Read more