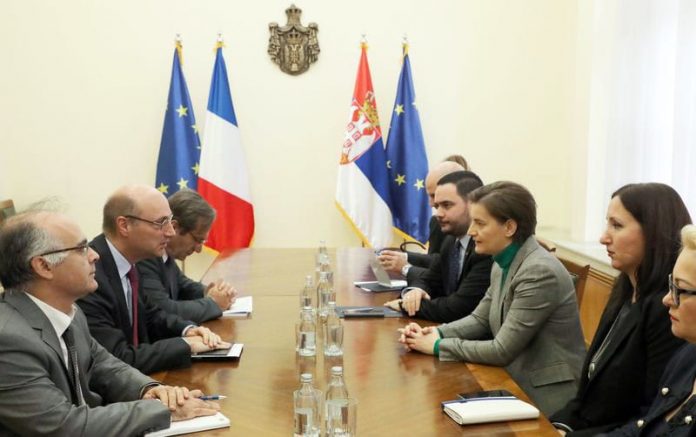 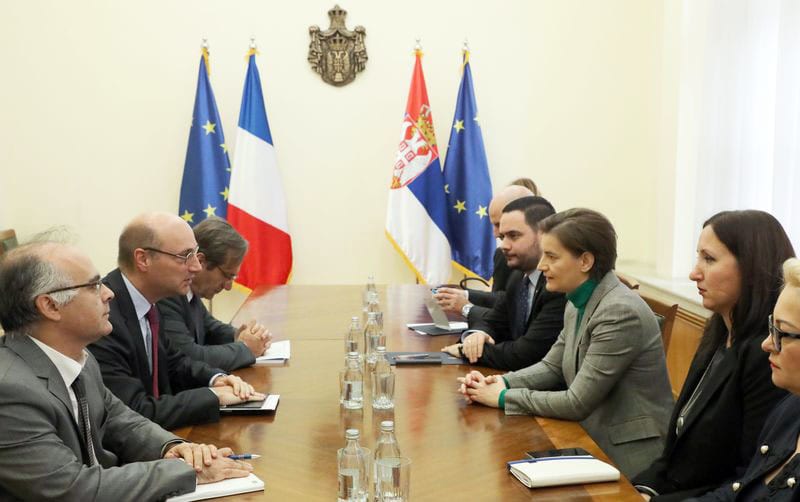 Mondoloni once again expressed his regret over the omission at the ceremony in Paris and underlined that France has not forgotten the decisive role that Serbia played in World War I.

Brnabić stressed that it is important that the two countries work to improve overall relations, especially bearing in mind the role and sacrifices of our country in World War I, as well as the friendly relations between Serbia and France through history.

She pointed out that the forthcoming visit of the French President to Serbia in early December will be an incentive for the more intensive cooperation between the two countries, both on the political and economic level, and will be an important signal to French companies to invest in Serbia.

Ambassador Mondoloni informed PM Brnabić that the administrations of the two countries are preparing several agreements in several important areas, which are expected to be signed during President Macron’s visit to Belgrade, and pointed out that there is a great interest of French companies in investments in Serbia.