The International Committee of the Red Cross (ICRC) organized the celebration of Human Rights Day on the banks of the Sava in Belgrade and the planting of trees in memory of the missing persons from the territory of the former Yugoslavia.

After a short speech and thanks to those present, the Head of the Regional Delegation, Jelena Stijačić, together with the Deputy Mayor of the City of Belgrade, Vesna Vidović, invited all those present to join the planting. 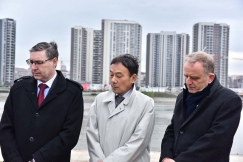 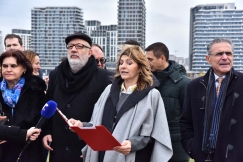 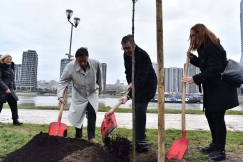 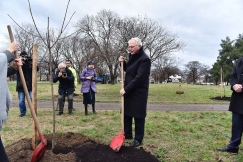 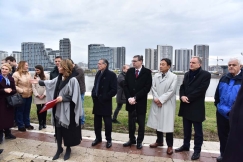 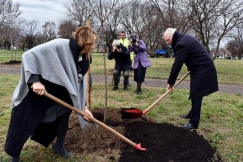 The Ministry of Mining and Energy (MoME) and the United States Agency for International Development (USAID) signed a Memorandum of Understanding (MOU) today to...
Read more

The world belongs to optimists, pessimists are only spectators ~ Francois Guizot In a year when it appeared as though one crisis – the one...
Read more

I’m sure 2023 will bring many challenges, as in years past, but I am optimistic that, by working together, Americans and Serbians will not...
Read more

the United States Agency for International Development (USAID) and the Youth with Disabilities Forum launched a four-year, $2 million Economic Empowerment of Persons with...
Read more