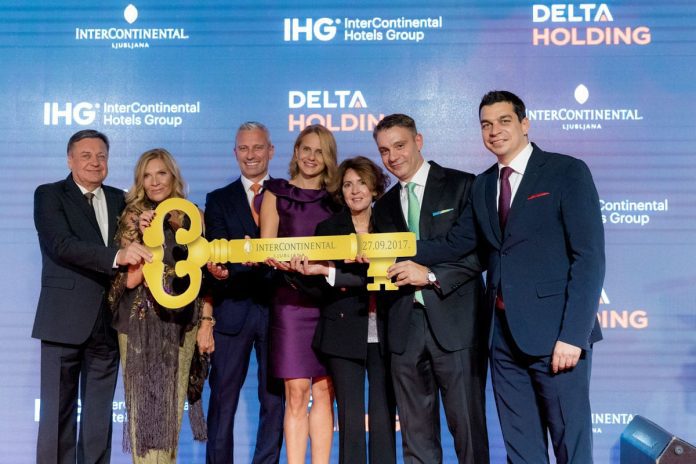 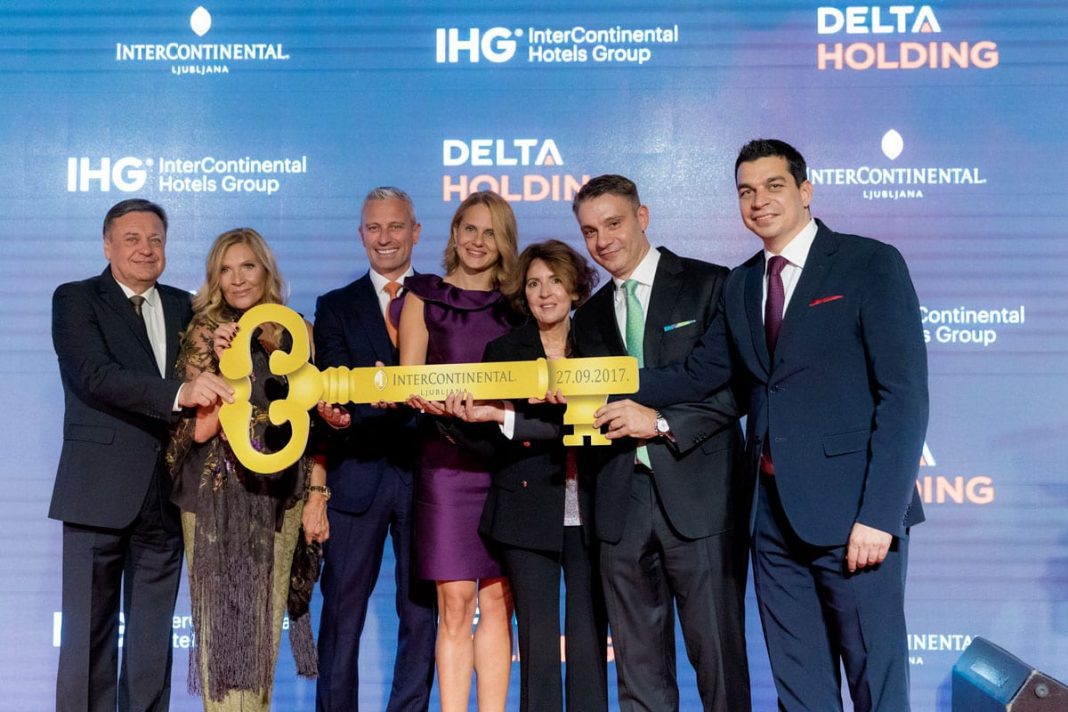 Marija Desivojević Cvetković, senior vice president of Delta Holding, handed the keys of the hotel to Angela Brav, CEO of the InterContinental Hotel Group for Europe, who in turn handed them over to Živorad Vasić, Regional Director General of IHG, who final gave them to Miloš Cerović, General Manager of InterContinental Ljubljana.

With 165 rooms, a restaurant on the 20th floor and a spa centre on the 18th floor, it is the only five-star hotel in Ljubljana and also the city’s tallest building.

The hotel is owned by Delta Holding, but will operate in accordance with the standards, rules and criteria of the InterContinental Hotels Group.

“I want to thank the Government of the Republic of Slovenia in particular, because we had the kind of conditions for work here in Slovenia that every investor should have,” said Desivojević Cvetković at the start of her address.

Guests were also addressed by Ljubljana Mayor Zoran Janković, who monitored the hotel’s construction from the launch of the project, as well as Živorad Vasić, in charge of the IHG’s hotels in this region.

The opening ceremony was attended by senior state officials from Slovenia and countries of the region, leaders of the City of Ljubljana, as well as top representatives of the InterContinental Hotel Group, embassies, businesses and the media.

Some of the key top management positions at one of Serbia's largest and most successful companies are occupied by women - educated, hard working,...
Read more

Delta Holding submitted an offer for the purchase of Sava Center today, at a public tender announced by the City of Belgrade. With the offer, Delta confirmed its...
Read more

NTS is a company that has spent more than 15 years creating solutions to support the planning and managing of transport and logistics processes....
Read more
Cord MagazineLeaders Meeting Point