The Prime Minister of the Republic of Serbia, Ana Brnabic, said today that the opening of Headquarters of the Transport Community Treaty in Belgrade is another symbol of the progress that Serbia has made, along with the entire region. It also confirms the place of our region in the heart of Europe.

Brnabic, who attended the opening of the Headquarters of the Transport Community Treaty in Belgrade at Belgrade Palace, recalled Serbia hosted its first international organisation, adding that it gave us great confidence and presents a great honour for Belgrade and Serbia. 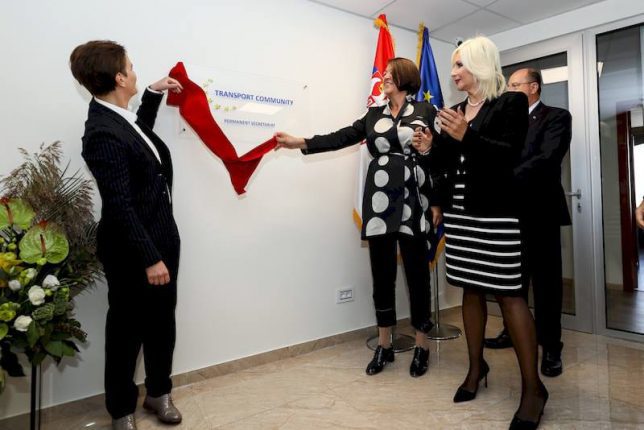 “I want to thank all the partners in the region for supporting us,” the Prime Minister said.

“Today, we all send an important message together that we can successfully work with all partners in the region and find ways to overcome obstacles and have a better future,” she underlined.

According to her, this is a new chapter in the development of modern Serbia and the Western Balkans. 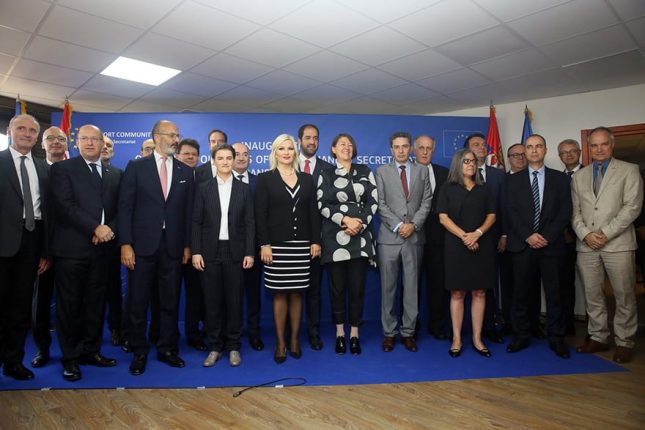 “Our strategic goal is to become a member of the European family, but at the same time, an equally important goal, and perhaps sometimes more important, is to strengthen regional cooperation, since without a stable and well-connected region there is no stable and strong Serbia,” the Prime Minister said.

She pointed out that the countries of the Western Balkans are connected by a common history, but that a common future is important goal.

For us all in Serbia, it is the highest privilege to have been selected as the home of the Transport Community. It is an honour to open the @EUWB6_TCT headquarters on behalf of the whole of the #EU and our #WesternBalkans partners @Bulc_EU @FabriziSem @SerbianGov pic.twitter.com/cCWoJZFnCe

“I will always believe that together we are capable of building a different, brighter future,” Brnabic said, recalling that Serbia is investing enormous effort and money in the development of transport infrastructure to make the lives of our citizens better, as well make the countries of the region better connected with each other, but also with the European Union.

The event was also attended by Deputy Prime Minister and Minister of Construction, Transport and Infrastructure Zorana Mihajlovic, European Commissioner for Transport Violeta Bulc, Acting Director of the Transport Community Alan Baron and Head of the EU Delegation to Serbia, H.E. Sem Fabrizi. 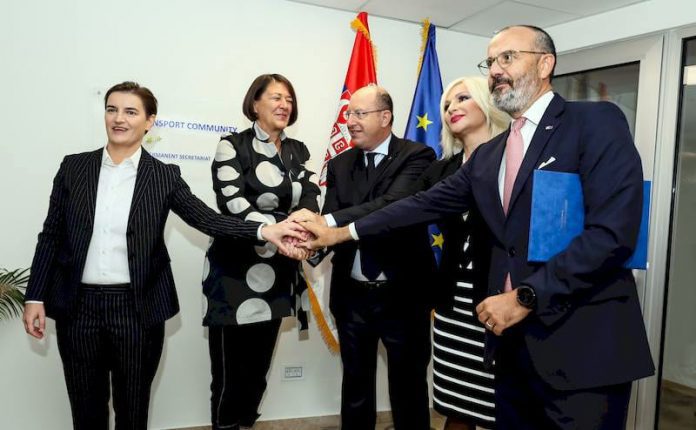 Mihajlovic said that all countries in the region will now be closer to the European Union and that the Transport Community will help to achieve a higher standard of living for all citizens in this part of Europe.

“This is a big day for Serbia and the entire region, as opening the Transport Community headquarters in Belgrade will allow us to connect more and work together.”

“What I will particularly insist on is the work on removing non-physical barriers and long waiting lines at the borders, as this destroys the competitiveness of economies,” Mihajlovic said.

“With the Transport Community headquarters, we are already one foot in the EU,” said the Deputy Prime Minister.

Ban on movement from 17pm on Friday to 5am Monday

Next two weeks crucial in fight against coronavirus

Ban on movement from 17pm on Friday to 5am Monday

The tightened ban on movement will last from Friday from 17.00 to Monday at 05.00 because weekends are the most critical periods for the...
Read more

Norwegian Ambassador to Serbia Jorn Gjelstad today signed an agreement with representatives of Group 484 on additional funding to provide humanitarian assistance during the...
Read more

US Ambassador to Serbia Anthony Godfrey announced the delivery of 6,000 coronavirus test kits is expected in the coming days, which the US will...
Read more

The European Commission and the High Representative today set out plans for a robust and targeted EU response to support partner countries' efforts in...
Read more

There are currently 2200 positive cases of coronavirus COVID-19 in the Republic of Serbia Until 6 April 2020, the National reference laboratory of Torlak Institute...
Read more

Serbia so far has purchased 75 medical ventilators from the funds approved by the EU, which have still not been delivered but are bought...
Read more

Milšped daily report on the state of Serbian borders

Hungary has sent a significant donation and medical assistance to Serbia in the form of 200,000 masks and 10,000 protective suits, to help the...
Read more
Load more

Project e-Paper To Reduce The Administrative Burden On The Economy