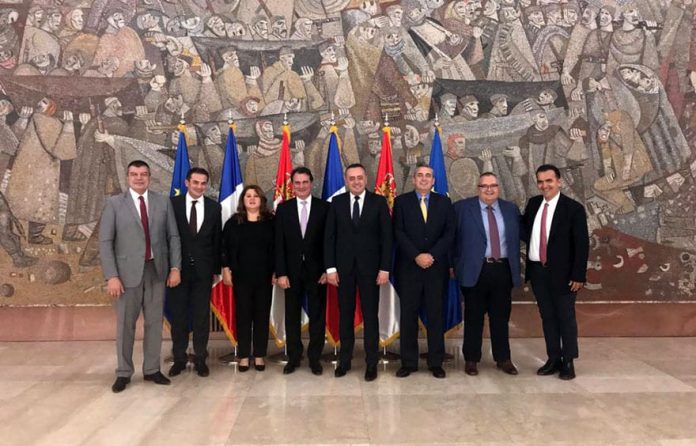 French Companies To Invest In Green Energy Projects In Serbia 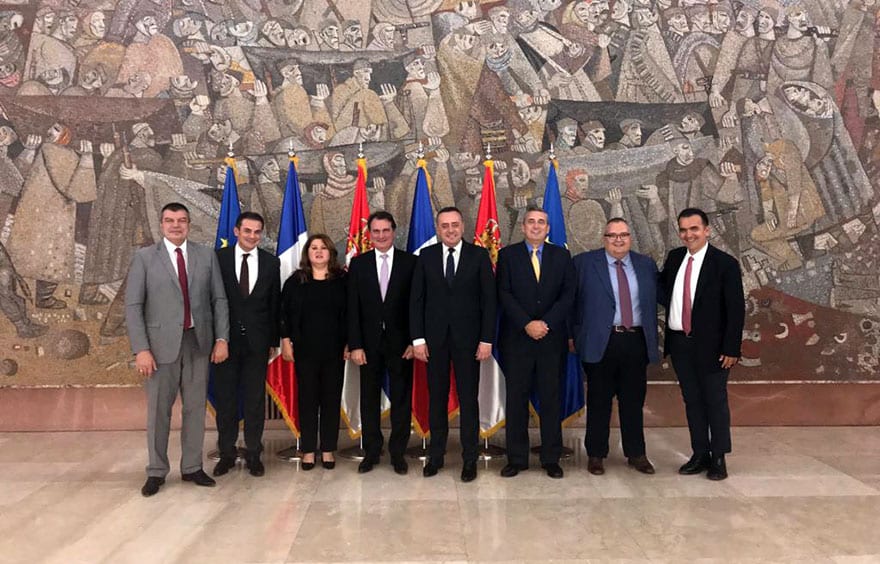 Minister of Energy and Minning Mines Aleksandar Antić held meetings with French companies during the visit of French President Emmanuel Macron to Belgrade.

“The meeting of the President Aleksandar Vučić and Emmanuel Macron and the delegation of Serbia and France is an ideal opportunity to strengthen the overall political, strategic, business and friendly relations between the two countries,” said Minister Antić.

He said that during the talks, two presidents sent a strong message that Serbia has an honest friend in one of the most influential EU countries.

“French companies expressed willingness to invest in Serbia and cooperate with the local companies, which proves that Serbia has a strong and long-term partner in France,” said Minister Antić.

Company Proparco, which is part of the French Development Agency, is interested in financing projects in the field of renewable energy sources. A common interest has been established for the development of projects in order to increase the share of energy use from renewable sources in Serbia.

Akuo Energy, the largest French private greenhouse production company, signed the Protocol of Intentions with the Government of the Autonomous Province of Vojvodina for the development of a wind farm project in Basaid near Kikinda.

“Over the past two and a half years, Serbia has put on the network about 500 MW of installed power, mostly from wind power. Given that we have large capacities for producing green energy, all companies with whom the Serbian delegation has conducted talks have a keen interest in realizing new forms of cooperation,” Minister Antic said.

He said that with the company Elektroprivreda Strazbur, which is the second-largest distributor of electricity and gas in France, the Serbian side signed a Memorandum of Understanding on the use of deep geothermal resources in the municipalities of Kikinda, Subotica and Sremska Mitrovica for the production of heat energy because Vojvodina possesses great untapped potential when thermal springs are in question.

The French company SUEZ Group – one of the partners of the City of Belgrade on the development of a project for the construction of a regional waste treatment centre in Vinča, with Belgrade Power Plants, signed the PPP on waste treatment and other services. It is envisaged that the generation of waste generates electricity, as well as the heat energy that will be used in certain heating areas on the territory of the city.

The leaders of Schneider Electric have signed cooperation agreements with the Faculty of Electrical Engineering in Belgrade and the Faculty of Technical Sciences in Novi Sad, which will provide support to Serbian students of electrical engineering through the donation of equipment.

Minister Antić pointed out that Serbia is making significant efforts to create an “energy mix” and to improve the electricity sector, and that there is a substantial area for cooperation with Schneider Electric.

“Considering that Schneider Electric is one of the world’s leading companies, primarily in the field of power system management, it is a natural partner for our energy companies. I recall that this company in Serbia, in Novi Sad, produces the most advanced software and tools for managing distribution systems, “said Minister Antić.