According to the latest estimates of the Geological Survey of Serbia (GZS), which were made in 2000, Serbia has...
Read more
12 December 2017
Facebook
Twitter
Email

Serbian Prime Minister Ana Brnabić ceremoniously opened the first State Data Centre on 12th December, in the presence of Mihailo Jovanović, Director of the Office for IT and e-Government, and Predrag Ćulibrk, Director of Telekom Srbija.

This facility houses key information and communication infrastructure that is important for the efficient functioning of e-Government and the development of new services for citizens and businesses.

The state centre forms an integral part of Telekom Srbija’s data centre, which by year’s end will be installed with complete equipment for the Central System of Electronic Records and CERT – information security of state authorities.

Speaking on this occasion, PM Brnabić announced the launch of operations of the long-awaited new functionality of the national e-Government portal – ePayments of administrative fees with payment cards, before adding: “We are presenting two very important projects for all citizens and the economy of Serbia, which I have personally and sincerely advocated for in the past year. I am proud that we have managed, almost without initial costs, to establish the first State Data Centre”. 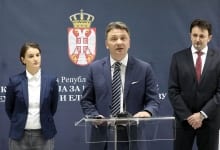 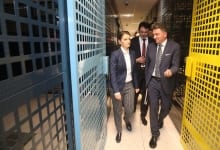 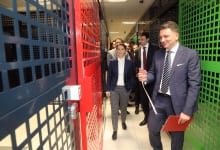